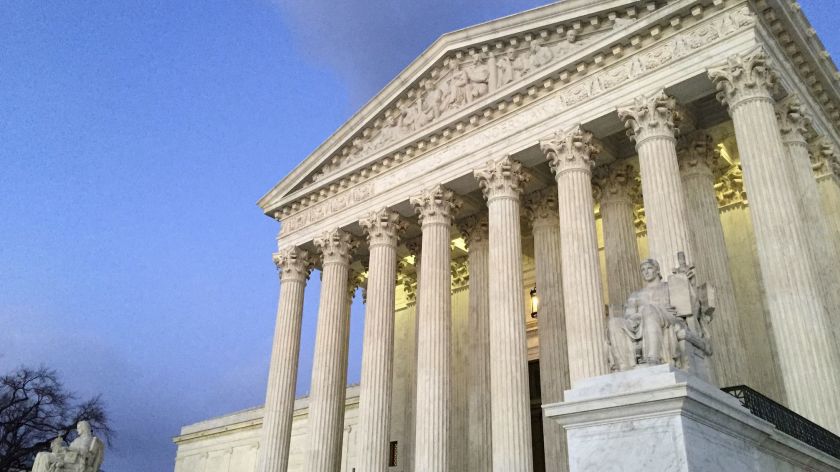 WASHINGTON, D.C. (January 28, 2021) — Today, Firearms Policy Coalition (FPC) announced the filing of an amicus brief with the United States Supreme Court in the case of Maryland Shall Issue v. Hogan, a case challenging the Maryland government’s confiscatory ban on bump-stock devices. The brief, authored by FPC’s Director of Constitutional Studies, Joseph Greenlee, is FPC’s third Supreme Court brief filed in the last two weeks and is available at FPCLegal.org.

In 2018, Maryland passed a law forbidding anyone to “manufacture, possess, sell, offer to sell, transfer, purchase, or receive a rapid fire trigger activator.” A “rapid fire trigger activator” is defined as “any device” that, when installed in or attached to a firearm, “increases” the “rate at which a trigger is activated” “or” “the rate of fire increases.” According to the law, the ban includes any “bump stock, trigger crank, hellfire trigger, binary trigger system, burst trigger system, or a copy or a similar device, regardless of the producer or manufacturer.”

Maryland Shall Issue challenged the law, arguing that the government should be required to compensate the people whom they are dispossessing. Specifically, Maryland Shall Issue argued that by dispossessing people of their property without compensating them, the State violated the Fifth Amendment’s Taking Clause, which states: “Nor shall private property be taken for public use, without just compensation.”

The Fourth Circuit Court of Appeals ruled against Maryland Shall Issue. The court held that even though Marylanders are prohibited from continuing to possess their lawfully acquired property, because the law “does not require owners of the banned devices to physically turn them over to the Government” or “to a third party,” it is not the type of taking forbidden by the Fifth Amendment. In this sense, the Fourth Circuit determined that personal property—including “rapid fire trigger activators”—is entitled to less protection under the Fifth Amendment than real property (i.e., real estate). Maryland Shall Issue petitioned the United States Supreme Court, asking it to hear the case and reverse the Fourth Circuit’s decision.

FPC’s important Supreme Court brief supporting Maryland Shall Issue focused on the founding-era understanding of the Takings Clause and the history behind it, to demonstrate that personal property is entitled to as much protection as real property. Starting at Magna Carta (1215), FPC’s brief explains that personal property has been intertwined with the concept of liberty since Medieval England. Leading English legal authorities and philosophers, including Edward Coke, William Blackstone, and John Locke, all viewed personal property rights as essential to liberty. When the first colonists arrived in America, they brought these values with them, and immediately secured property rights through colonial charters and grants from King James I. And when the British violated their personal property rights, Americans risked their lives to defend them, ultimately leading to the Revolutionary War. After the Revolution, America’s founders intended to ensure that such property violations could never again occur—for example, by including the Takings Clause in the United States Constitution. Maryland’s taking of “rapid fire trigger activators” is precisely the type of taking the Constitution was intended to prevent.

“The plaintiffs spent their hard-earned money to purchase these items that the government repeatedly assured them were lawful,” said FPC’s Joseph Greenlee. “It is unfair for the government to now dispossess them and refuse to provide compensation. What is more, the Fourth Circuit’s decision sets a dangerous precedent for all personal property. Hopefully the Supreme Court will accept the case and restore the protections for personal property that the founders intended.”

Firearms Policy Coalition (firearmspolicy.org) is a 501(c)4 nonprofit organization. FPC’s mission is to protect and defend constitutional rights—especially the right to keep and bear arms—advance individual liberty, and restore freedom through litigation and legal action, legislative and regulatory action, education, outreach, grassroots activism, and other programs. FPC Law is the nation’s largest public interest legal team focused on Second Amendment and adjacent fundamental rights including freedom of speech and due process, conducting litigation, research, scholarly publications, and amicus briefing, among other efforts.