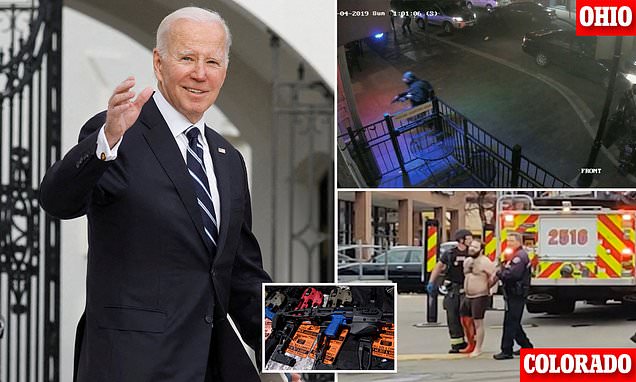 Biden cracks down on pistol stabilizing braces used in Colorado and Ohio shootings: GOP and NRA blast him as ‘the enemy of Second Amendment’

By Ronny Reyes For Dailymail.Com

The Biden administration announced new rules against pistol stabilizing braces, which were used in mass shootings, sparking outrage from the GOP and NRA.

The Bureau of Alcohol, Firearms, Tobacco and Explosives (ATF) filed new regulations on Friday that would require guns with a stabilizing brace to be treated like short-barreled rifles, and would therefore need owners to register for a federal license.

The owners have 120 days to file for the license or either remove the stabilizing brace from their guns or surrender them to the ATF.

The new law is part of President Joe Biden‘s plan to crack down on gun violence, targeting the tools used in the mass shootings in Colorado in 2021 and Ohio in 2019.

The move, however, has stirred fury among Second Amendment advocates, with the NRA saying: ‘The Biden Administration chose to shred the Constitution today.’

‘Joe Biden is an enemy of our Second Amendment,’ the group added. 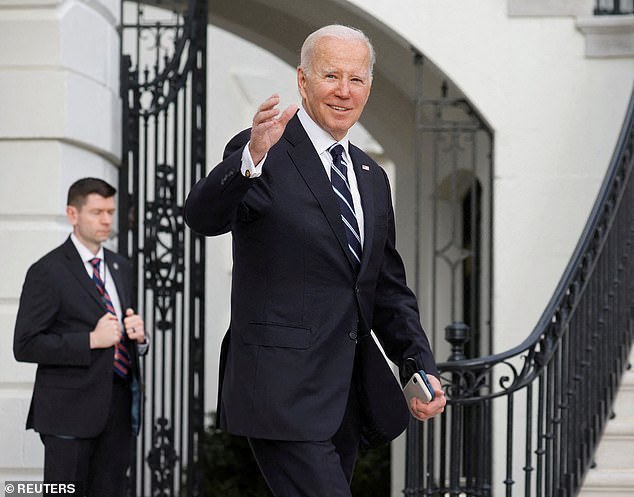 The Biden administration launched a new regulation targeting pistol stabilizing braces, requiring owners to register them with the government or get rid of them 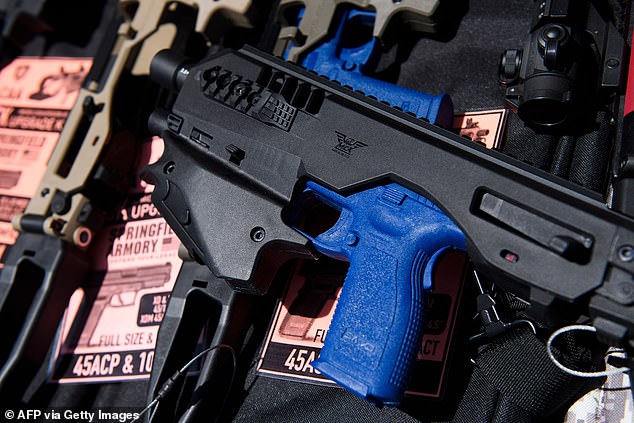 Debate over pistol stabilizing braces has remained heated in the US as the tool, which was originally designed to help disabled combat veterans enjoy recreational shooting, has been used to carry out mass shootings.

In August 2019, Connor Betts had one equipped to his rifle when he killed nine people, including his own sister, in Dayton, Ohio.

The suspect was seen running with the modified .223-caliber rifle while wearing a bulletproof vest, a mask, and hearing protection as he chased down a crowd of terrified people.

Then in March 2021, Ahmad Alissa had a stabilizer equipped to his weapon when he shot and killed 10 people at the King Soopers grocery store in Boulder, Colorado.

Among Alissa’s victims was Officer Eric Talley, 51, a father-of-seven who rushed to the scene when the shooting was reported.

During Friday’s gun reform announcement, US Attorney General Merrick Garland commended the new regulation as a way to combat mass shootings by not allowing pistols to be transformed into short-barreled rifles.

‘Keeping our communities safe from gun violence is among the Department’s highest priorities,’ Garland said. ‘Almost a century ago, Congress determined that short-barreled rifles must be subject to heightened requirements.

ATF Director Steven Dettelbach echoed Garland, saying: ‘Certain so-called stabilizing braces are designed to just attach to pistols, essentially converting them into short-barreled rifles to be fired from the shoulder, therefore, they must be treated in the same way under the statute.’ 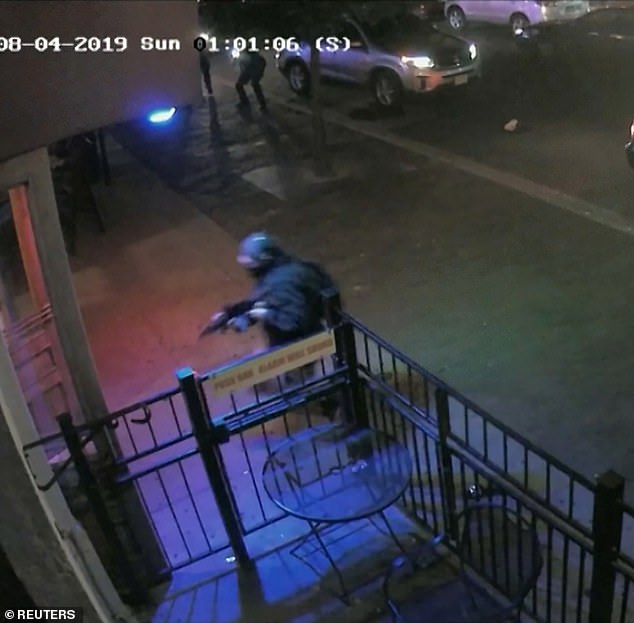 The stabilizing tool was used by Connor Betts (above) when he gunned down nine people in Dayton, Ohio, in 2019 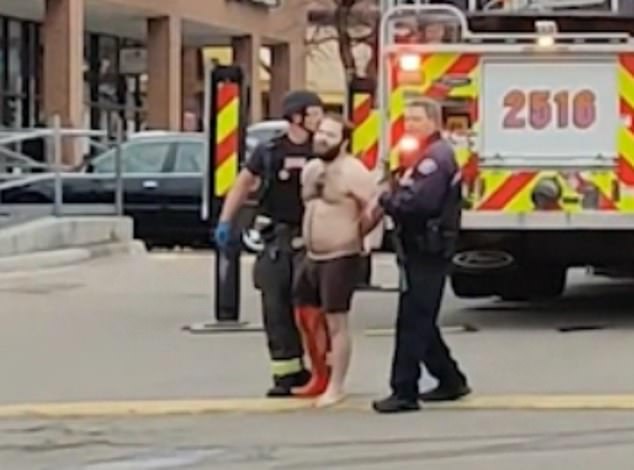 It was also used by Ahmad Alissa (above) when he killed 10 inside a grocery store in Boulder, Colorado in 2019, with one of his victims including a hero cop

Along with the NRA, the Gun Owners of America lobby group condemned the new rule and vowed to file a legal challenge.

Erich Pratt, the group’s senior vice president, said in a statement: ‘[The Biden administration] continues to find ways to attack gun owners. We will continue to work with our industry partners to amplify the disapproving voices in the firearms industry and [Gun Owners Foundation], our sister legal arm, will be filing suit in the near future.’

US Rep. Richard Hudson, a North Carolina Republican who spoke out against the then-proposed change in 2021, reiterated that the ATF’s rule was an ‘overreach.’

‘I will continue to fight against the ATF’s unconstitutional overreach that could turn millions of citizens into felons,’ Hudson said in a statement.

GOP lawmakers also slammed the regulations as a government overreach

Hudson was also joined by Sen. Mike Crapo, of Idaho, who said, ‘The ATF’s announced rule on pistol braces today is nothing short of a massive executive branch-imposed gun registration and confiscation scheme. This is an unacceptable attack on the Second Amendment and law-abiding Americans.’

Despite Hudson’s claims that the new regulation would affect disabled combat veterans, the ATF said the rule does not apply to them.

The new rule will go into effect next week, with officials estimating that about 3 million stabilizing braces are in circulation around the nation.

Primitive technology with survival skills: Solo 4 days on deserted island looking for food
Gladiator Build Part 4 Tarp Set up and Magnets
Florida Lawmakers Introduce Bill That Could Prove to Be a Big Victory for Gun Owners
Florida Republicans want gun owners to carry firearms without a permit under NRA-backed bill
Skelton: How do you win voters over on gun control? Start a TV campaign