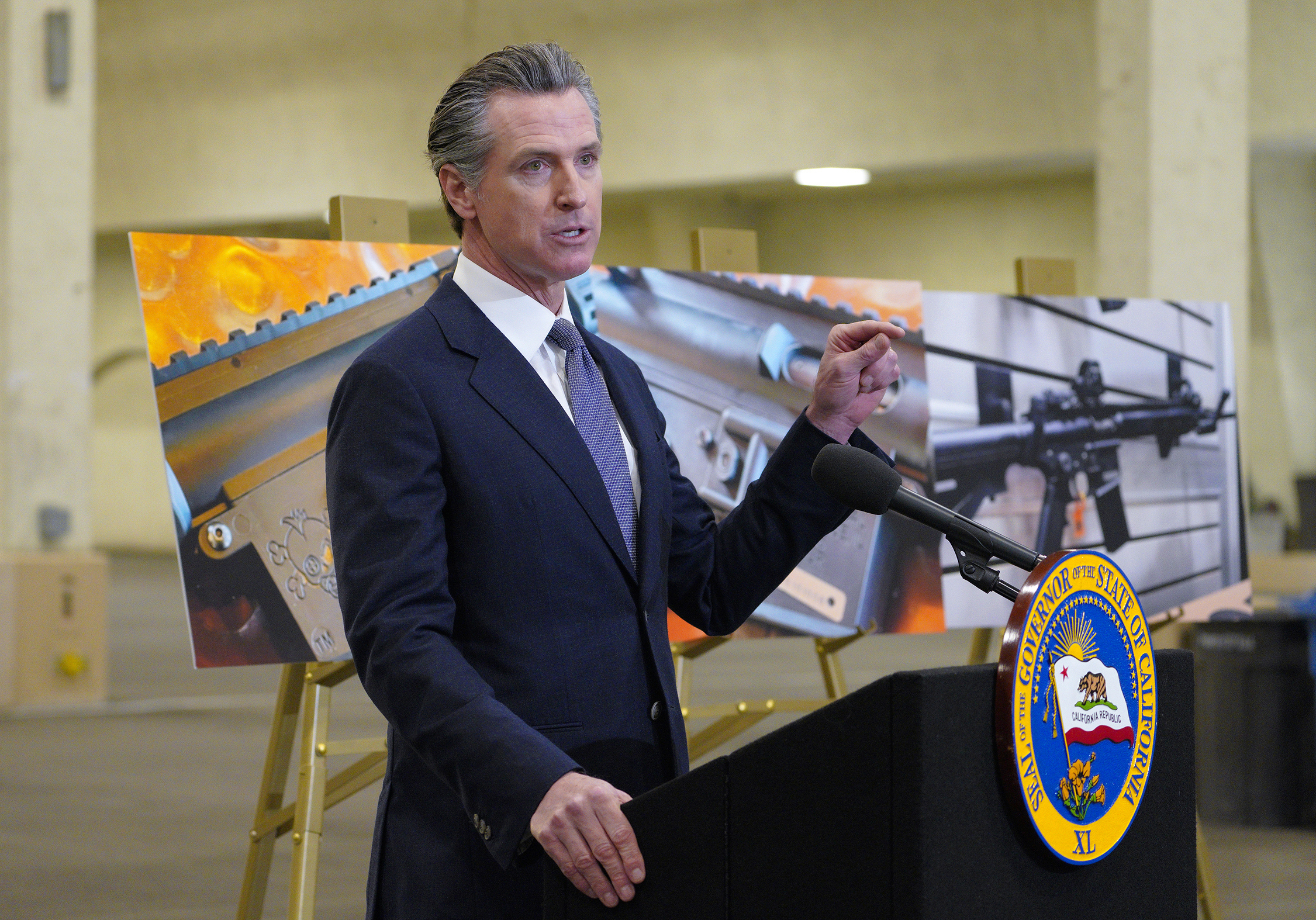 A federal judge has blocked a California gun law that emulated a controversial Texas abortion measure — and which was intended to provoke a court fight.

The injunction from Judge Roger Benitez sets California’s law, which enables private citizens to sue manufacturers of illegal guns, on a potential path to the U.S. Supreme Court. That could set up a test of both laws — an outcome that California Gov. Gavin Newsom has sought.

“I want to thank Judge Benitez. We have been saying all along that Texas’ anti-abortion law is outrageous. Judge Benitez just confirmed it is also unconstitutional,” Newsom said in a statement Monday. “The provision in California’s law that he struck down is a replica of what Texas did, and his explanation of why this part of SB 1327 unfairly blocks access to the courts applies equally to Texas’ SB 8.”

Benitez also underscored the ties between the two laws in his ruling, citing Newsom’s condemnations of the Texas measure that deputizes citizens to sue abortion providers as evidence that the California gun law is unconstitutional.

“‘It is cynical.’ ‘It is an abomination.’ ‘It is outrageous and objectionable.’ ‘There is no dispute that it raises serious constitutional questions,’” Benitez wrote at the start of his ruling, quoting Newsom on the Texas law as evidence that “by implication,” the same is true of California’s law.

While Benitez’s ruling argues that California’s law “goes even further” than its Texas impetus, he acknowledged that may not be enough to shield the Texas measure from “judicial scrutiny.” That could yield the outcome Newsom has hinted at by essentially daring the U.S. Supreme Court to nullify the California measure after it let the Texas abortion restrictions stand.

“The question is whether they are complete and abject hypocrites and frauds if they reject our bill that’s modeled after that abortion bill as it relates to private right of action to go after assault weapons,” Newsom said last year.

That strategy could backfire. The conservative-majority court has already shown an expansive view of gun rights, including in a case that nullified California’s stringent concealed carry permitting rules.

The ruling also adds to Benitez’s antagonistic relationship with Newsom. The San Diego-based judge has struck down multiple gun regulations during Newsom’s tenure, including ammunition restrictions that Newsom championed and California’s longstanding ban on assault weapons.

In striking down the assault weapons ban, Benitez compared AR-15 rifles to Swiss Army Knives — drawing a furious response from Newsom, who excoriated the judge as a “wholly-owned subsidiary of the gun lobby and the National Rifle Association.”

Last Levergun I Would Ever Sell Chapter 2
Exhibit Complicates History on the 51st Anniversary of the Bangladesh Liberation War
NRA joins in effort to get Illinois assault weapons ban tossed
Titus stands up for what’s right
Primitive Technology: Trap Crabs and Dig Fish Ponds in The Mangroves