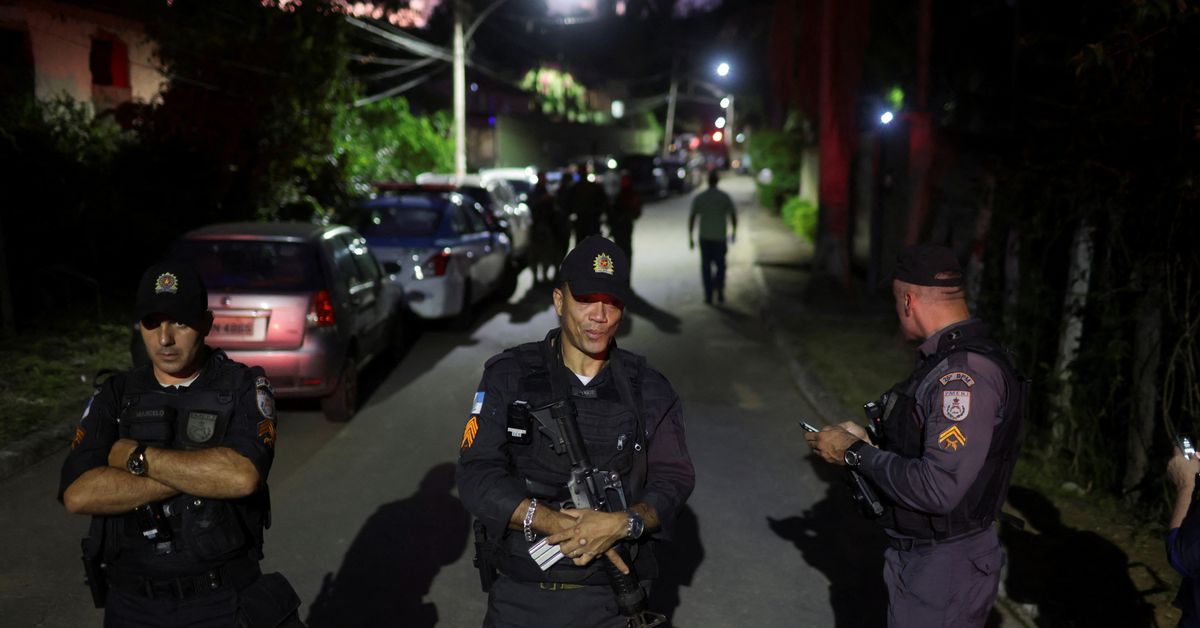 The former federal lawmaker then threw three adulterated stun grenades at the police and sprayed their armored car with over 50 shots from his Smith & Wesson 5.56 mm assault-style rifle, according to his testimony and those of the arresting officers. Two cops were hospitalized with shrapnel wounds and Jefferson only surrendered after an eight-hour standoff.

The high-profile Oct. 23 shootout, just a week before Bolsonaro lost his re-election bid, underscored one of the most daunting challenges facing his leftist rival, Luiz Inacio Lula da Silva. The president-elect has pledged to “disarm” an increasingly gun-toting country where personal firearms have become a symbol of Bolsonaro’s conservative base.

“We see, with the case of Roberto Jefferson, how dangerous it is for civilians to have high-caliber weapons. It’s something that puts police at risk, and also society,” said Bruno Langeani, from the Sou da Paz Institute, who is informally advising Lula’s transition team.

Reuters interviewed eight other people working on, or advising, Lula’s transition team on bolstering gun controls once he takes office on Jan. 1. Although their plans are not settled, they aim to revoke dozens of executive orders Bolsonaro signed to loosen gun laws, which sparked a surge in firearms ownership.

The priority will be to reimpose civilian prohibitions on certain high-caliber weapons, including the rifle used by Jefferson, the sources said.

They also plan to make it harder to get new firearms licenses, and more expensive and onerous to renew old ones. The transition team is also looking at ways to streamline opaque databases run by the army and the federal police, they said.

But that’s the easy part.

There are now around 1.9 million privately owned weapons registered in Brazil, according to the Igarape and Sou da Paz institutes, up from around 695,000 in 2018 when Bolsonaro was elected. Minimizing that vast stock of firearms, many of which are owned by diehard Bolsonaro fans who loathe Lula and dispute his election victory, will be “challenging,” said Gabriel Sampaio, a transition team lawyer.

The political context is a sharp departure from Lula’s 2003-2010 presidency, when he passed sweeping gun laws to combat violent crime. Those measures included a voluntary buy-back scheme that removed around 650,000 weapons from circulation.

Lula’s team is now discussing an obligatory buy-back to get assault rifles out of civilian hands and give them to security forces, transition sources said.

Sou da Paz Institute’s Langeani estimated there are between 40,000 and 70,000 legal assault rifles in civilian hands. A mandatory, competitively priced buy-back, with the government paying 15,000 reais to 20,000 reais ($2,850 – $3,800) per rifle, would remove some of the country’s most dangerous firearms, said Langeani and other Lula advisors.

Nearly 700,000 Brazilians have taken advantage of Bolsonaro’s looser gun laws to register as “hunters, marksmen or collectors,” or “CACs,” and stockpile weapons. The number of CAC licenses has grown almost 500% since 2018.

Yet oversight of those gun-owners is miniscule. Last year, army auditors carried out 622 in-person visits to gun-owners with expired or inactive licenses, and seized under 400 weapons, according to the Brazilian Forum of Public Security. In at least 10 Brazilian states, home to around 80 million people, they carried out no visits at all.

The Jefferson incident is a case in point.

Despite being one of Brazil’s most well-known inmates, under house arrest for allegedly organizing “anti-democratic acts,” he had an assault rifle, a 9mm Tanfoglio handgun, “lots of ammo,” and prohibited grenades in his home, according to his testimony.

Jefferson also told police he currently had 20-25 weapons, and had once owned as many as 100 firearms.

The army said he had held a CAC permit since 2005, which was suspended after the October firefight.

Jefferson’s lawyer, Luiz Gustavo Cunha, said his client was legally entitled to have those weapons at home.

“He believes any politician who wants to disarm their population wants to turn them into slaves,” Cunha said.

Weak enforcement is not the only obstacle Lula faces.

Brazilians imported a record $75 million worth of revolvers and pistols in the first 11 months of 2022, nearly double last year’s total.

Bolsonaro has turned Brazil into a top ten export market for U.S.-made civilian firearms, according to official U.S. data compiled by the Security Assistance Monitor, rising from 26th position in 2018 to ninth this year. U.S. firearms exports to Brazil hit a record $13.3 million through October 2022 versus $3.2 million four years ago.

Booming demand has also been reflected in a vocal constituency for gun-friendly legislation.

The October election saw the rise of a new wave of pro-gun lawmakers, elected as part of a more conservative Congress, who plan to push U.S.-style pro-gun laws.

Marcos Pollon, a newly-elected federal lawmaker who leads lobby group PROARMAS, which models itself on the U.S. National Rifle Association, said he would fight Lula’s efforts to suppress a vibrant sector.

“To destroy overnight an entire industry for political revenge … is a dictatorial measure,” he said. “We believe the legislature will respond to guarantee peoples’ rights to practice their sports and exercise legitimate self-defense.”

Ahead of the election, Bolsonaro encouraged his followers to arm themselves as insurance against potential electoral malfeasance. He has yet to concede defeat, and his politicization of gun ownership has contributed to a tense atmosphere, with groups of his supporters camped outside military bases, urging the armed forces to overturn the result.

On Monday night, Bolsonaro supporters tried to invade the federal police headquarters in Brasilia, clashing with security forces and setting fire to vehicles, after the Supreme Court ordered the arrest of an indigneous leader who had allegedly “summoned armed people to prevent the certification of” Lula.

He is not the only Bolsonaro supporter to call for an armed response to the election result.

In a video from a protest last month, businessman Milton Baldin urged CAC permit-holders to come to Brasilia to protest Lula’s electoral certification. “Come here and show your presence,” he said, adding that Brazil’s yellow-and-green flag “may well end up red – but with my blood.”

Baldin, who was arrested last week for his alleged anti-democratic comments, declined to comment.

A growing number of legal weapons have ended up in the hands of some of Brazil’s most violent gangsters, Reuters has reported. That trend has only accelerated, federal police sources said.

On Nov. 8, the federal police raided an alleged ring of cocaine traffickers, money launderers and arms dealers. Of the 110 people arrested, 30 had CAC permits, two officers told Reuters, speaking on condition of anonymity to discuss findings that aren’t public.

He was having coffee in his house around midday on Oct. 23 when he heard what sounded like fireworks. Soon afterwards, Mannarino began to receive messages that Jefferson, his neighbor, had fired at the federal police.

Jefferson was jailed last year for threatening democratic institutions. In January, the cancer-stricken politician was assigned to house arrest, but was banned from social media.

On Oct. 21, Jefferson’s daughter published a video on her Twitter account in which he called Supreme Court Justice Carmen Lucia a “prostitute,” among other insults.

Two days later, four federal cops approached his home to detain him for breaking the terms of his house arrest.

He greeted them with a hail of bullets.

After his surrender, Jefferson apologized to the injured officers, saying in his statement he hadn’t shot with malice.

Federal prosecutors were unmoved. Last week, they charged him with four counts of attempted murder, resisting arrest, and weapons charges.

“They became criminals by carrying out an illegal arrest warrant,” Cunha said of the police.