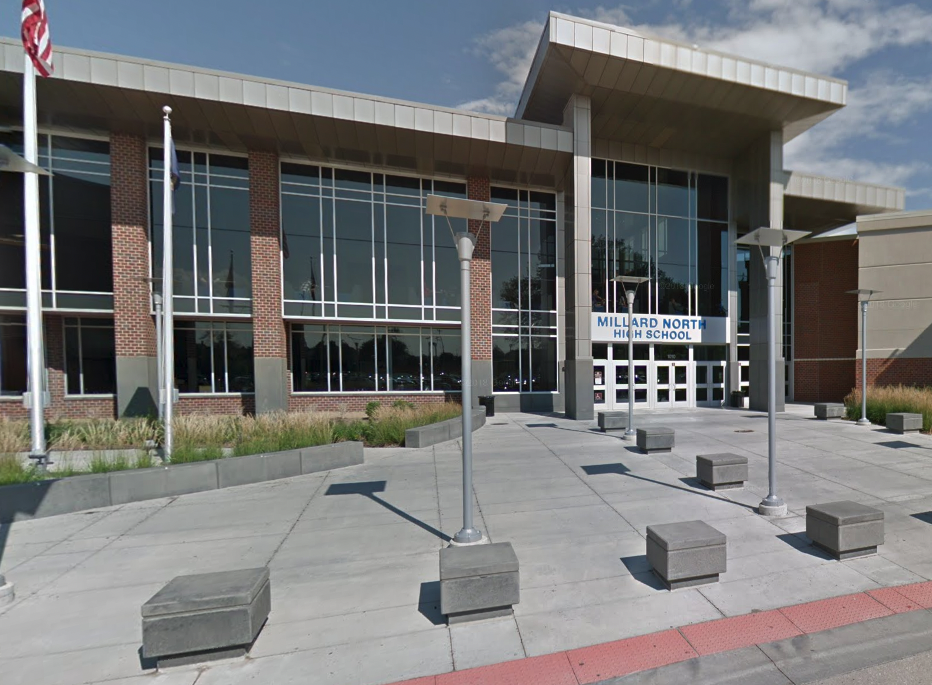 Whether it’s a student newspaper, posters or flags that promote racial equality or LGBTQ+ people, peaceful expression in Nebraska’s public schools seems to be under attack.

Recently, Millard North High School administrators bowed to the pressure and initiated efforts resulting in teachers and students believing they were required to remove diversity flags and safe space stickers. The school principal said they were too political, and asked students as well as a state senator whether they would be comfortable seeing posters for Satanism or the National Rifle Association, according to a December 2 Nebraska Examiner story.

Over the summer, administrators in Grand Island made national news when a school district there shut down the student newspaper after it published an edition highlighting LGBTQ+ issues. The same scenario appears to be playing out across the country.

The law is well-settled that teachers and students enjoy First Amendment rights within the halls and classrooms of public schools, though such rights are applied in light of “the special characteristics of the school environment.” In other words, the right is limited.

In 1969, the U.S. Supreme Court’s decision in Tinker v. Des Moines Independent Community School District upheld the right of students to wear armbands opposing the Vietnam War, noting the “silent, passive expression” of their displays did not interfere with the schools’ educational pursuits.

“Our representative democracy only works if we protect the marketplace of ideas,” Justice Stephen Breyer wrote in his opinion.

But the law seldom allows unrestrained liberty. Just like you can’t shout “Fire!” in a crowded room or use speech to incite violence, educators are not violating the First Amendment when their limits on expression are reasonably related to “legitimate pedagogical concerns,” such as remaining neutral on controversial issues and avoiding disruption, the Supreme Court said in 1988 in Hazelwood School Dist. v. Kuhlmeier.

Parents of children in the Millard Public Schools should be skeptical about whether the removal of LGBTQ+ flags and safe space stickers was nothing more than an isolated misunderstanding resulting from an effort to remain neutral. No disruption in learning was noted by the district, according to the Nebraska Examiner. The flags and stickers had been on display in some classrooms dating to last school year or longer — until someone complained.

Mike Kennedy, a member of the Millard school board, told the Nebraska Examiner the district has tried to find the balance in today’s politically charged society, but there’s a way to do that without banning items that appropriately advocate diversity and inclusion. Instead of reinforcing the importance of a safe learning environment, Millard North principal Aaron Bearinger and Chad Zimmerman, Executive Director of Activities, Athletics and External Affairs, likened display of a diversity flag to posters advocating gun possession and Satanism.

The scenario played out in a manner eerily similar to what has occurred in other schools: when the issue is raised, perhaps by a student or their parent, the outcome is less expression and a less safe learning environment.

The truth is the law doesn’t require, or even favor, schools prohibiting non-disruptive peaceful expression on these issues. Here, Millard officials need not remain neutral. No pedagogical concern necessitates silencing peaceful expression advocating equal rights, a concept not only fundamental to our democracy, but a legal obligation the school must meet under the Civil Rights Act. Contrary to the explanation provided by the district, school officials need not remain neutral regarding diversity and equal rights. Rather, they are legally obligated to support these core concepts.

And what expression in opposition to equality and diversity are they suggesting they would be required to allow? If peaceful and appropriate, why not allow it? If, on the other hand, school officials are concerned other students may wish to display symbols of Satanic worship, the Ku Klux Klan, or swastikas, to oppose display of a diversity flag, they could reasonably ban such expression. The difference is a no brainer. One category is associated with a history of violence. The other is not. The school can reasonably protect the learning environment from one category, and may properly endorse the other.

In the end, the law allows school administrators to protect speech on behalf of diversity, human rights and racial equality, whether in the form of passive, peaceful expression from students or by display of a diversity flag or Black Lives Matter poster by a teacher in her classroom. While the Millard School District has clearly retreated, it seems clear their actions have chilled and suppressed protected speech and expression. Instead of Board Members worrying about whether they give their “seal of approval” to the notions of diversity and equality, they should provide competent leadership to achieve compliance with the First Amendment.

Our awesome email newsletter briefing tells you everything you need to know about what’s going on in Omaha. Delivered to your inbox every day at 11:00am.

Subscribe to thereader.com and become a supporting member to keep locally owned news alive. We need to pay writers, so you can read even more. We won’t waste your time, our news will focus, as it always has, on the stories other media miss and a cultural community — from arts to foods to local independent business — that defines us. Please support your locally-owned news media by becoming a member today.