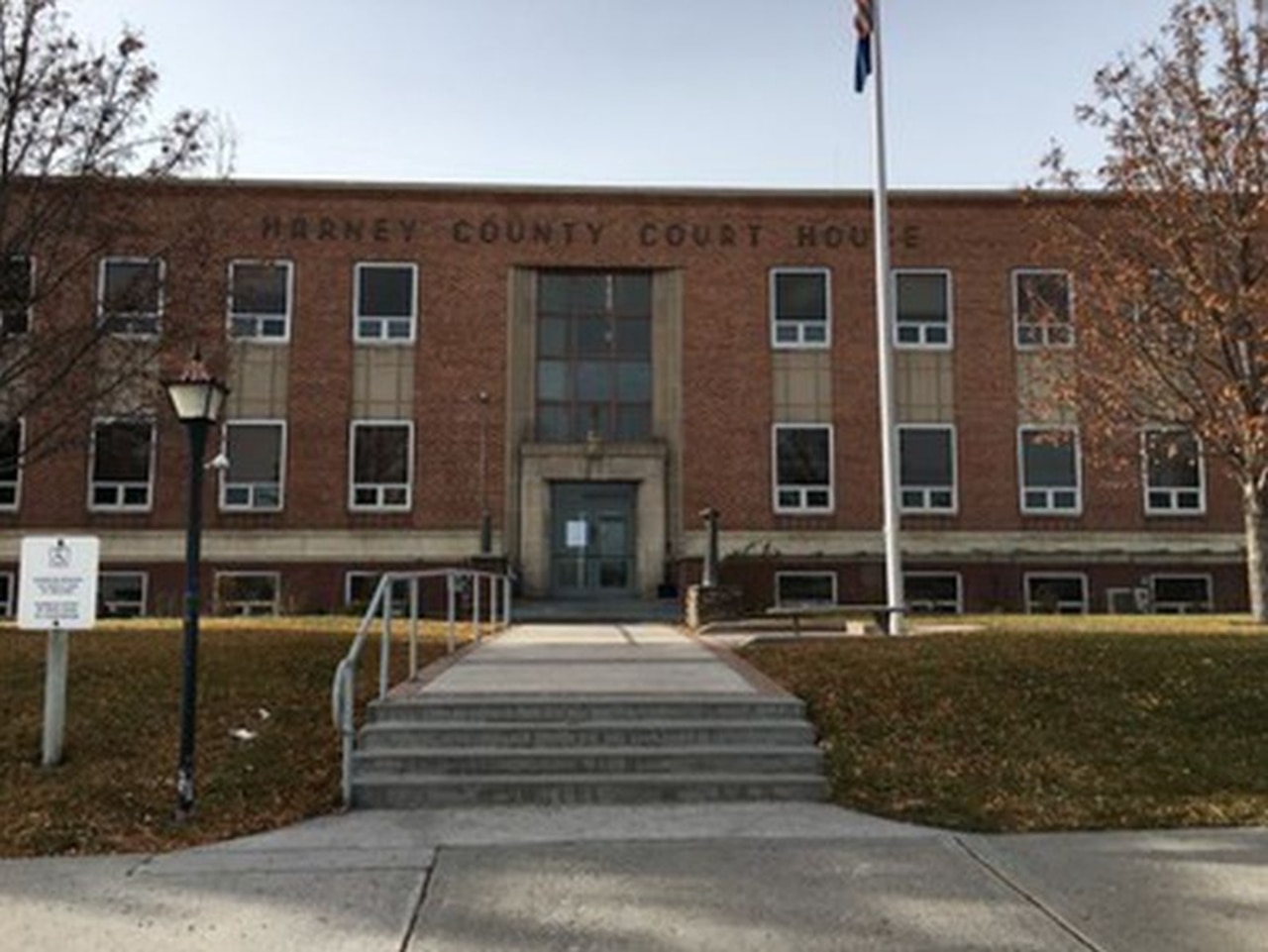 Cliff Asmussen, a retired co-owner of a car dealership in Burns, said a friend forwarded him an email, asking if he’d be interested in joining a lawsuit to challenge Oregon gun control Measure 114.

Joseph Arnold, a 51-year-old Burns native who lives on a ranch about 45 miles east of the city in rural Drewsey, Oregon, said he spoke to his neighbor who lives down the road from him, Tim Smith, about the gun control measure and potentially taking action to try to block it.

Now Asmussen and Arnold are two of the named plaintiffs, who joined Gun Owners of America, in the one lawsuit that convinced a judge to issue a restraining order last week, temporarily blocking voter-approved gun regulations from taking effect in the state as planned last Thursday.

Gun Owners of America is a major lobbying group based in Virginia that’s behind multiple gun control challenges across the country.

Measure 114 passed with 50.7% of votes, with voters in six out of Oregon’s 36 counties supporting it, mostly from the more populated, Democratic urban communities. It passed in Multnomah, Washington, Lane, Benton, Hood River and Lincoln counties.

In Harney County, 85% of voters opposed it.

Asmussen, who carries a pistol with a magazine capacity greater than 10 rounds when he is out in rural Harney County but also has other guns for big game hunting, said he believes those living in the “big city” shouldn’t be allowed to make the rules for everyone else.

The measure calls for a ban on the sale, transfer and manufacture of magazines that can hold more than 10 rounds and requires a permit to buy a gun. It also requires a background check be completed before any sale or transfer of a gun occurs.

“We’re not out looking for people to shoot,” Asmussen said. ” We’re just trying to preserve our own freedoms. If we don’t do it, we’re going to lose them.”

Arnold, who lives on a small ranch between Burns and Crane in rural Harney County, has worked for the past 15 years for the Oregon Department of Transportation, doing maintenance work.

He said he’s a dues-paying member of both the National Rifle Association and Gun Owners of America, described himself as a gun enthusiast and decided he’d like to get involved.

The son of Arnold’s neighbor is one of the lawyers representing the plaintiffs, Canby lawyer Tyler Smith, a past vice-chair of the Oregon Republican Party who started a law firm with associates who describe themselves as “Rural Business Attorneys” on the firm’s website.

Smith is currently working to defend Yamhill County’s Second Amendment Sanctuary Ordinance in court. He has defended Sweetcakes by Melissa, the Oregon bakery accused of illegally discriminating against a same-sex couple by refusing to sell them a wedding cake in 2013.

In May 2020, Smith joined with James Buchal, a former chair of the Multnomah County Republican Party, in a suit to represent a group called “Open Our Oregon” that challenged Gov. Kate Brown’s executive orders shutting down businesses during the coronavirus pandemic. He recently drew controversy in Newberg when the conservative-majority on the Newberg School Board hired him as a “supplemental” lawyer to defend their decision to ban Pride and Black Lives Matter symbols in district schools. He also has challenged coronavirus vaccine mandates in court.

Smith, when contacted, referred a reporter to his court filings.

According to the suit, Arnold and Asmussen both have concealed handgun licenses. They want to continue to buy guns without having to pay for a permit “to exercise their constitutional right,” Smith wrote in the suit.

Arnold said he “packs” a gun every day for personal defense. He said he typically carries a Glock 19 with either a 13-round or a 15-round magazine. He said he takes it to and from work but doesn’t take it into work or any job site.

“It seems like every time I turn around, I’m having to defend my rights,” Arnold said. “The best way was to do it in a court of law.”

Arnold contends that the measure will make “every pistol I own obsolete.” He points to language in the measure that says large-capacity magazines that are restricted include ones “that can be readily restored, changed or converted to accept more than 10 rounds of ammunition.”

Under the measure, magazines that hold more than 10 rounds can still be used for target shooting, in shooting competitions or for recreational purposes, such as hunting, as long as it meets other state laws. Those who already own larger-capacity magazines also can maintain them on their own properties.

But Arnold said those exceptions don’t work for him.

“I can’t pack them for personal protection anywhere outside of my home,’’ he said. “You should be as armed as any criminal that’s going to come after you.”

Assistant Attorney General Brian Simmonds Marshall, who is defending the measure in court, has argued that it is extraordinarily rare for a person, when using guns in self-defense, to fire more than 10 rounds. He submitted to the court a study by economic consultant Lucy P. Allen, who analyzed the NRA’s Armed Citizen database of shootings from January 2011 through May 2017. Allen found that armed defenders fired 2.2 rounds on average.

The measure’s ban on the sale of large-capacity magazines is intended to reduce mass shootings. Proponents argue that high-capacity magazines allow a shooter to kill large numbers of people quickly by firing many rounds before stopping or pausing to reload, limiting victims’ chances of escape. They say the time a shooter takes to reload his weapon can be critical to allow victims to get away and police or others to intervene.

Both Arnold and Asmussen were surprised they won the temporary restraining order, and that the state Supreme Court didn’t immediately intervene to try to put it on hold.

They’re not sure what will happen Tuesday as Harney County Circuit Judge Robert S. Raschio hears their motion for a preliminary injunction to keep the law from taking effect until the full merits of the suit are heard.

If Measure 114 does become state law one day, Arnold said he’ll follow it. In fact, he recently bought a new gun – a revolver that holds six rounds – in case the magazine restriction takes effect.

Raschio serves as judge for both Harney and Grant county courts. He ran as a nonpartisan in 2020 for the judge’s seat.

An August 2020 Oregon Public Broadcasting story on his election said he had donated to Democrats, including the governor and former House majority leader Jennifer Williamson.

He previously worked as a criminal defense lawyer and was a past president and board member of the Oregon Criminal Defense Lawyers Association. He’s a Clackamas High School graduate, who got his undergraduate degree at Portland State University and his law degree at University of Oregon.