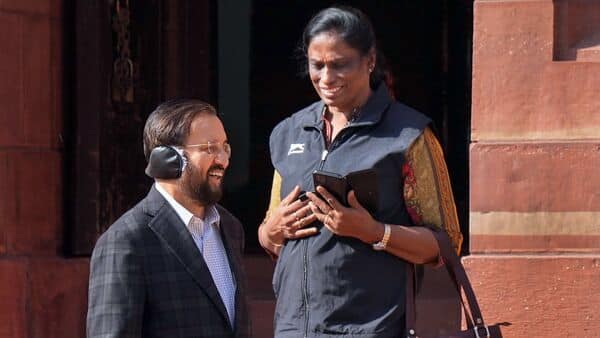 A multiple Asian Games gold medalist and fourth place finisher in the 1984 Los Angeles Olympics 400m hurdles final, the 58-year-old Usha was declared elected unopposed for the top post in the polls.

As per details, Usha’s election to the top job marked an end to the long drawn crisis in the faction-ridden IOA, which was warned of a possible suspension by the International Olympic Committee (IOC) if elections are not held this month. However, the polls were originally due to be held in December 2021.

Usha emerged as the lone candidate for the top post, as nobody was willing to fight against Usha, who was nominated to the Rajya Sabha by the ruling Bharatiya Janata Party in July.

Alaknanda Ashok of Badminton Association of India (BAI) was elected as joint secretary (female) after emerging winner in a three-way battle. Shalini Thakur Chawla and Suman Kaushik were also in the fray.

Fondly known as the ‘Payyoli Express’, Usha became the first Olympian and first international medallist to head the IOA in its 95-year-old history.

She is also the first sportsperson to have represented the country and also become IOA chief since Maharaja Yadavindra Singh, who played a Test match in 1934. Singh was the third IOA president who held office from 1938 to 1960.

Catch all the Sports News and Updates on Live Mint.
Download The Mint News App to get Daily Market Updates & Live Business News.