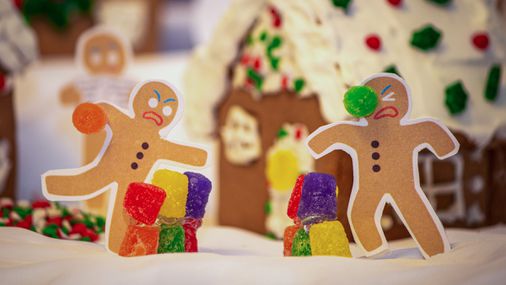 In the coming weeks, families will be getting together to celebrate this month’s various holidays. It’s a good time to have “The Talk.”

No, not the one the media obsess over when a police officer kills an unarmed Black person. Especially after George Floyd’s murder, there were countless stories about how Black parents talk to their children, particularly their sons, about what to do if stopped by the cops that might better their chances of survival.

I mean The Talk that people should have with relatives who spread dangerous ideologies and hateful rhetoric.

Many of us grew up learning that family gatherings required a temporary cessation of political hostilities. Sure, some uncle or sibling might inject a rancid thought into the conversation. But best practices meant ignoring it and saving everyone a lot of indigestion. Harmless enough, right?

Not anymore. The past decade or so has shown that it was a mistake to say nothing as relatives descended deeper into a bottomless pit of Fox News, right-wing Christian radio, and outlandish conspiracy theories on social media.

This could apply to any family. But this talk is directed at white people, the backbone of the Republican Party. You should no longer look away when your aunt cracks racist jokes, a cousin echoes antisemitic tropes, or your father repeats drivel that gender-affirming health care is to blame for a deadly mass shooting last month at a Colorado LGBTQ nightclub.

The timing for such a talk could not be more crucial. Donald Trump, the Republican standard bearer and a 2024 presidential candidate, recently and falsely declared “a massive fraud … allows for the termination of all rules, regulations, and articles, even those found in the Constitution.” The “massive fraud” the former president, who once took an oath to “preserve, protect and defend” the Constitution, referred to was the presidential election that he lost decisively in 2020.

In such a perilous time, the least anyone can do is push back at disinformation at the dinner table. By any measure, it’s not easy. But neither were decisions by family members to contact law enforcement about relatives at the Jan. 6 insurrection.

Before his father, Guy Reffitt of Texas, participated in a violent attempt to stop the peaceful transfer of power, Jackson Reffitt warned the FBI about his increasingly radicalized father. During the insurrection, the younger Reffitt confirmed to authorities that his father was there. In August, Guy Reffitt was sentenced to more than seven years in prison on various charges related to Jan. 6.

“He used to be one of the best dads ever,” Jackson Reffitt told Teen Vogue. “He made me the man I am today. He taught me to be honest, not to steal, all that cliche stuff. I believe he brought me up to do what I did.”

Jackson Reffitt is not a traitor to his family. He is a patriot for democracy. And if he could do what he did, others can push back against an uncle’s claims that critical race theory threatens America.

Don’t laugh at the racist jokes. Explain why they perpetuate stereotypes. Don’t simply roll your eyes when National Rifle Association talking points enter the chat. Talk about how mass shootings have affected a generation of schoolchildren and that suicide accounts for the majority of gun deaths.

When COVID-19 vaccines became widely available last year, vaccine hesitancy and political ideology prolonged (and continues to prolong) the pandemic, leading to unnecessary sickness and death. Family members were one of the more effective methods for changing minds and getting shots in arms. This nation’s violent turn away from democracy demands no less urgency and effort.

What was once the far-right Republican fringe is now the party’s mainstream. White people remain the only racial demographic to vote in the majority for Republicans. It doesn’t matter if someone isn’t a GOP voter. White people no longer have the luxury of ignoring their relatives and counting the minutes until they can get away from them and back to their situational liberalism.

America cannot save itself. And those of us who feel the daily impact of white supremacy in all its manifestations can no longer shoulder the weight of white silence. The hurt feelings of your relatives are nothing compared to the encroaching threats against lives, rights, and this nation’s political foundation.

For this holiday season — and every day that follows — let the hard work of saving democracy begin at home.