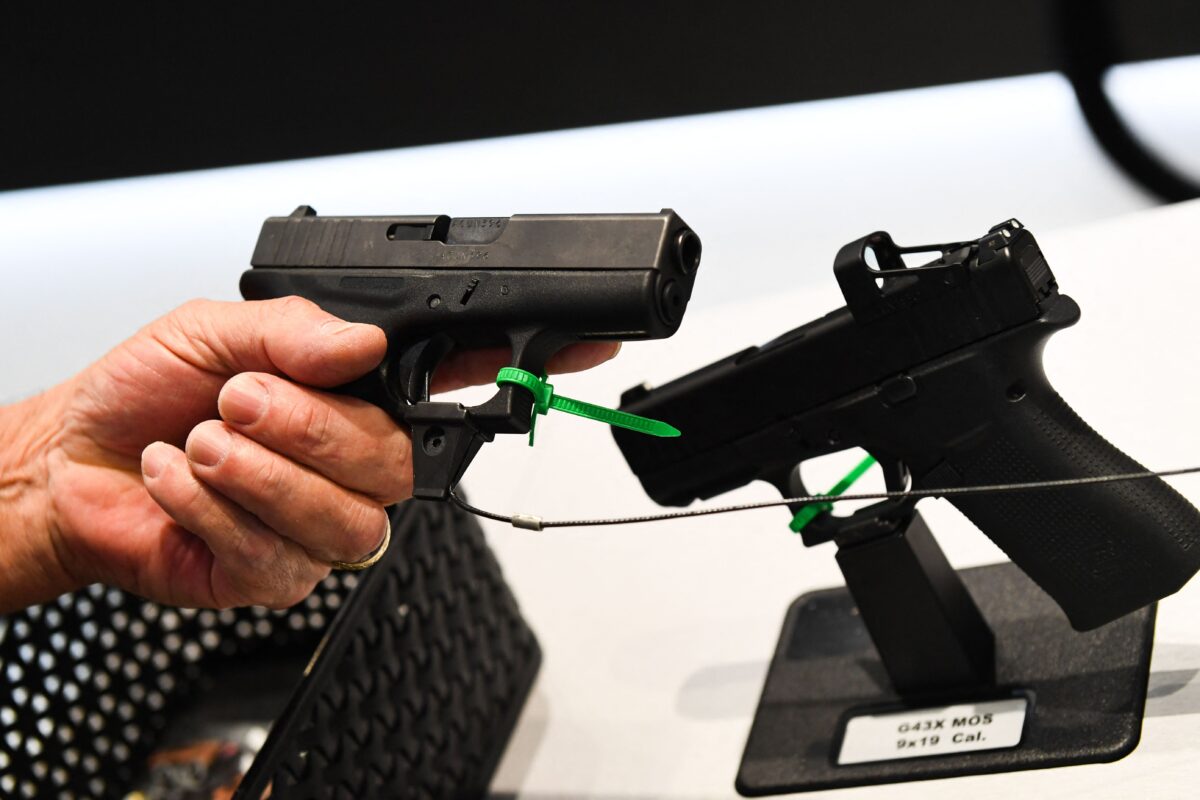 On the eve of the first oral arguments to decide whether to delay Oregon’s narrowly passed gun control measure, a third lawsuit was filed against the state.

Backed by the NRA, the suit argues that Ballot Measure 114 creates a “falsely labeled permit to purchase” a firearm requirement and bans standard capacity magazines, which it also “falsely labels as large capacity,” both of which the suit claims are unconstitutional.

“The permit to purchase is a misnomer,” the NRA wrote. “It requires individuals to complete several burdensome tasks to get, but it does not actually permit them to purchase a firearm.”

The measure’s text makes that clear, the suit claims.

“A permit-to-purchase issued under this section does not create any right of the permit holder to receive a firearm,” the measure states.

The lawsuit takes the state to task for rushing to impose the new permit application process before designating which agencies will accept and process the applications and what funding and staffing are necessary to do so.

“One might think that a state bent on imposing such a novel and burdensome permitting regime would at least take the time to make sure it had the infrastructure and resources in place to ensure that it would operate as smoothly as possible,” the lawsuit states. “But Oregon is not even willing to do that.

“Instead, the state has rushed the effective date of its new law to Dec. 8, 2022—before the vote on Measure 114 has even been certified, and before the mechanisms to comply with it will be anywhere close to in place.”

In effect, the suit claims it is now “legally impossible for law-abiding citizens to exercise their rights to acquire a firearm—a fundamental right preserved by the Second Amendment.”

The suit further argues that Measure 114 mislabels magazines capable of holding more than 10 rounds of ammunition as “large capacity magazines” and outlaws them.

These magazines “are commonly owned by millions of Americans for all manner of lawful purposes, including self-defense, sporting, and hunting.”

“Today, Americans own roughly 115 million of them, accounting for ‘approximately half of all privately owned magazines in the United States.’”

These commonly owned magazines cannot be outlawed under the Second Amendment, plaintiffs argue.

Titled Eyre v. Rosenblum, the NRA-backed case was brought in the United States District Court for the District of Oregon in Portland on behalf of two individuals, a federally licensed firearms dealer named Mazama Sporting Goods, the National Shooting Sports Foundation, and the Oregon State Shooting Association, which is the NRA’s state affiliate.

The first legal challenge to the measure was filed in federal court on Nov. 20 by the Oregon Firearms Federation, Sherman County Sheriff’s Office, and Adam Johnson, owner of Coat of Arms Custom Firearms in Keizer.

Those two complaints focus primarily on the magazine ban.

All cases list Oregon Gov. Kate Brown and state Attorney General Ellen Rosenblum as defendants and seek to prevent the measure from taking effect while a judge weighs its constitutional merit.

More suits could be on the way as lawyers are currently advising the Oregon Hunters Association and other gun rights advocates.

“The court will likely consolidate [the suits] under one judge,” Leonard Williamson, who has been a licensed firearms dealer for 20 years and helps advise gun rights groups in Oregon, told The Epoch Times.

As founding editor of GeoIntelligence and Geospatial Solutions and editor in chief of GPS World, Scottie Barnes has examined the implications of public policy and emerging technologies on areas ranging from homeland security and national defense to forestry and urban planning. She now provides breaking news and investigative reporting from the Pacific Northwest for readers of The Epoch Times.