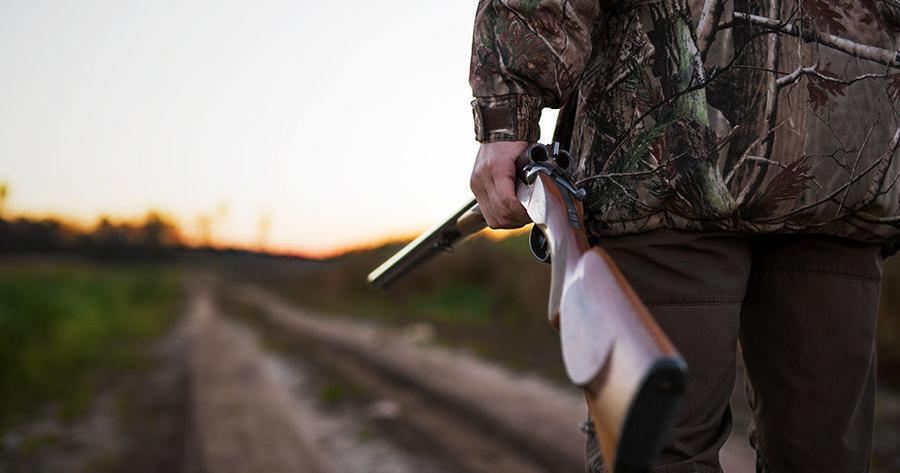 Pro gun, anti tax. The candidate who takes those positions in a Montana election usually avoids a lot of criticism, but not this year.

Hunting groups and the firearms lobby are displeased with U.S. Rep. Matt Rosendale for co-sponsoring a bill to kill the Pittman-Robertson Act, which has contributed $361 million to Montana wildlife restoration projects over its lifetime.

Opponents to the bill include the National Rifle Association, which has spent millions supporting Rosendale in previous elections, the National Shooting Sports Association, Montana Wildlife Federation, Ducks Unlimited, and Backcountry Hunters and Anglers, to name a few.

On the campaign trail, Rosendale tells voters the money isn’t going away, it just won’t be funded through taxes on guns, bows and ammo anymore. Hunting groups say the replacement funding isn’t certain.

At issue is H.R. 8167, the Repealing Excise Tax on Unalienable Rights Now, or RETURN Act. The bill ends excise taxes on the wholesale price for guns, handguns, ammunition, bows and arrows, while also curbing excise taxes on fishing gear, all of which are used to fund things like wildlife and fish conservation and hunters’ education. The Pittman-Robertson portion funds the wildlife end, while aquatic programs receive money from counterpart Dingell-Johnson funds.

Since 1937, the Pitman-Robertson Act has generated funding through an 11% tax on the wholesale price for long guns and ammunition, as well as a 10% tax on the wholesale price for handguns. The tax, the National Shooting Sports Association points out, was created at the request of the firearms and ammunition industry, which recognized that U.S. wildlife populations were declining, and conservation programs were needed.

In June, Rosendale and 57 other representatives introduced the RETURN Act to end Pittman-Robertson, arguing that so long as gun manufacturers were taxed, the Second Amendment right to bear arms wasn’t truly unconditional. Rosendale said as much during a Great Falls debate earlier this month.

“What we would do, as the legislation is proposed, is actually guarantee a more constant stream of revenue for the conservation programs,” Rosendale said. “It’s been anywhere between $50- to-$750 million a year. This piece of legislation would guarantee $800 million a year. So that’s a win for Pittman Robertson, but additionally it would remove that tax from your ammunition and from your firearms. That is the only right that we have that gets taxed at the federal level. It’s just unbelievable.

“And if the federal government is able to place that kind of a tax on your rights, they certainly are able to tax it out of reach with the individual who wants to purchase this. And we’ve seen several proposals coming through Congress right now, from again, the Democrat Party, that were proposed to do just that, to continue to raise those taxes so that guns and firearms are out of reach.”

Rosendale’s explanation came as Independent Gary Buchanan touted an endorsement from the Montana Sportsman’s Alliance, due largely from Buchanan’s opposition to the RETURN Act.

There are other excise taxes that skirt around Constitutional rights, including Freedom of Speech. The FCC charges an excise tax on local telephone and cable television providers, without suffering arguments that it’s preventing communication or expression.

The bill Rosendale describes as trying to tax gunowners out of their Second Amendment right is H.R. 8051, also known as the Assault Weapons Excise Act. Introduced June 14, just days before the RETURN Act, H.R. 8051 proposed a 1,000% tax on large capacity ammunition feeding devices and semiautomatic assault weapons. Both bills were introduced several weeks after the mass shooting deaths of elementary school children in Uvalde, Texas on May 24.

The Assault Weapons Excise Tax was introduced by Rep. Donald Beyer, a Virginia Democrat, with another 41 Democrats signed on as co-sponsors. H.R. 8051 was assigned to the House Committee on Ways and Means, but hasn’t moved since. The RETURN Act hasn’t received a committee assignment.

The sponsor of the RETURN Act, Andrew Clyde, a Georgia Republican, has told the press the bill isn’t in retaliation to the Assault Weapons Excise Tax, though he did happen to editorialize against the bill while also encouraging lawmakers to sign onto the RETURN Act. Clyde is the owner of Clyde Armory, a gun shop. He’s better known for saying the Jan. 6, 2021, assault on the Capitol appeared to be a “normal tourist visit.”

Seven Republicans who initially signed onto the RETURN Act have since withdrawn, including three of Clyde’s fellow Republican Reps from Georgia. Hunting groups are hopeful Rosendale will do the same, said Kevin Farron, coordinator of the Backcountry Hunters & Anglers Montana chapter.

“We look at that proposed pot to replace Pittman-Robertson, and it’s something that’s actually not guaranteed, that fluctuates wildly, and that actually is in a downturn,” Farron said. “Whereas, you look at the Pittman Robertson funding that’s set up right now it’s actually on the upturn. And that’s at $1.3 billion, the latest numbers already. To go from that to a cap of $800 million, that’s already a pretty drastic cut to this pie.”

Rosendale and the hunting groups come at the funding levels from different perspectives. Rosendale argues that the $800 million cap for wildlife programs in the RETURN Act is an improvement over, as he said during the debate, the “$50 million to $750 million” generated by excise taxes currently.

This is where the funding level of Pittman-Robertson turns half-full, versus half-empty, because the erratic funding levels cited by Rosendale encompass several years of an 80-year program that’s not only been growing over the long-term, but also growing sharply in recent years.

The last time excise taxes produced $500 million for wildlife conservation and hunter education was 2013, federal Fish and Wildlife data shows. It had never crossed the half-billion mark before that.

Funding for sport fish restoration, which is what Dingell-Johnson excise taxes on fishing gear generate, averaged $8.7 million in Montana since 2010.

The RETURN Act replaces the excise taxes of Pitman-Robertson with money from the Outer Continental Shelf Lands Act, in other words, royalties from offshore oil and gas production. There’s already a major conservation and recreation program drawing money from offshore oil and gas royalties. The Land and Water Conservation Fund, which Montana conservation groups lobbied hard for years to get fully funded at $900 million.

There are concerns about leaning on offshore oil and gas revenue for a second conservation program, Ferron said. There is also a concern that if the revenue for wildlife conservation isn’t associated directly with money from purchases of weapons and ammo, that hunters will lose their seat at the table. It’s scenario familiar to Montana hunters and anglers who through fees paid keep a hand on the purse strings of Montana Fish, Wildlife and Parks.

“That’s another big concern,” Ferron said “If we’re not the group paying into these decisions, then in what world do we think that we have a seat at that table anymore? This takes away the ability of hunters to beat their own chests for funding these things and having a seat at the table for a lot of these conversations.”

Pro gun, anti tax. The candidate who takes those positions in a Montana election, usually avoids a lot of criticism, but not this year.