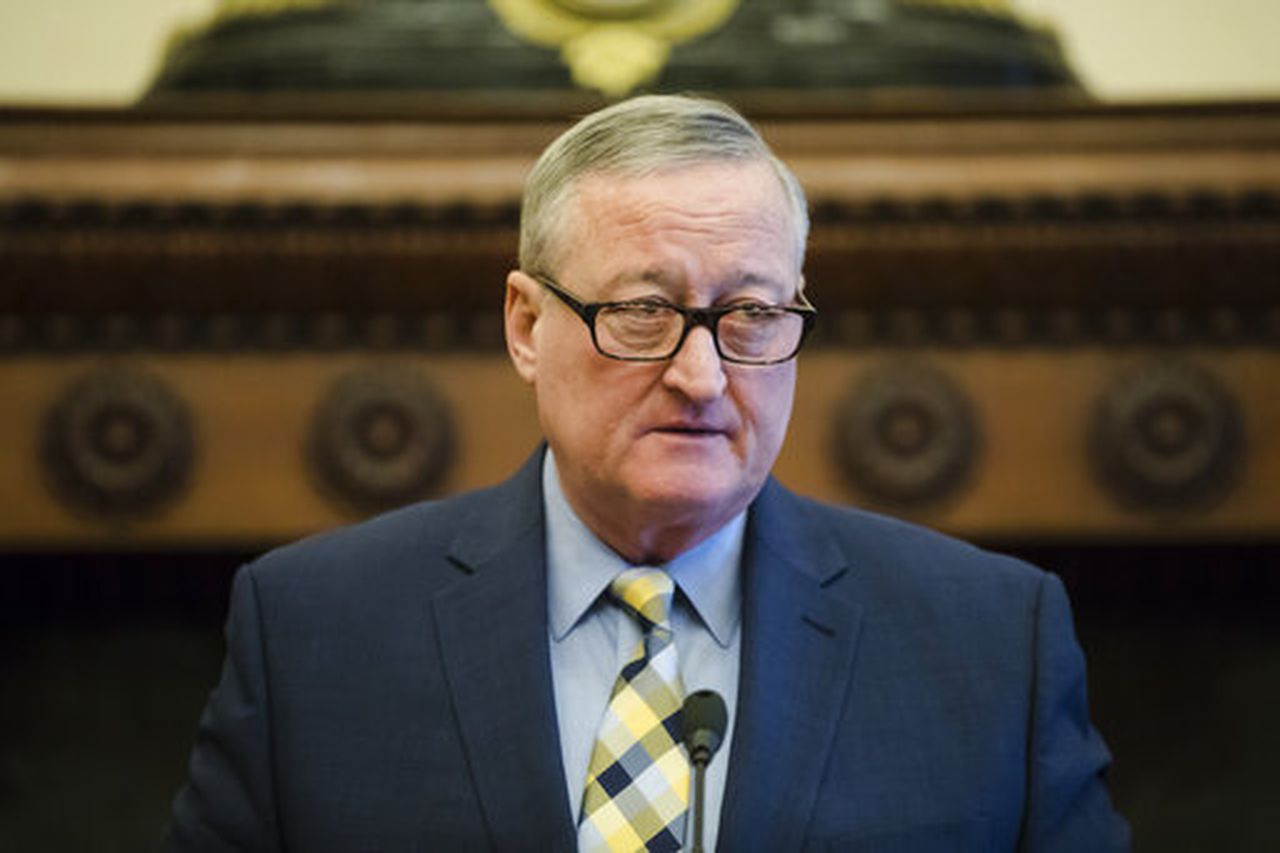 PHILADELPHIA — Philadelphia Mayor Jim Kenney on Tuesday signed an executive order banning the possession of firearms and other deadly weapons at city recreation centers and playgrounds, a move that could reignite a long-standing debate about whether the city should be able to write its own gun laws.

The action came weeks after Tiffany Fletcher was fatally struck by a stray bullet from a nearby shooting while working at the Mill Creek rec center. Kenney, speaking at a news conference after signing the order, choked up while describing how Parks and Recreation employees on Monday lined the street outside Fletcher’s funeral in a fashion that resembled police officers or firefighters honoring a fallen colleague.

“This gives them some protection, some peace of mind, some ability to call the authorities when some knucklehead decides they want to bring a gun into a rec center and they see it, that’s part of what this is about,” Kenney said.

Kathryn Ott Lovell, commissioner of Philadelphia Parks and Recreation, said there have been nearly 300 incidents of gun violence at city recreation facilities since 2019, adding: “How can we support and uplift the children of our city when our own recreation facilities are so often under fire?”

The order bans guns and other deadly weapons at rec center buildings, athletic courts, fields, playgrounds, and pools. Signs about the prohibition will be displayed at the facilities, the order says, and District Attorney Larry Krasner said his office could charge those in violation with trespassing — even if they are otherwise legally permitted to carry the gun in the city.

“This is something that is necessary,” Krasner said. “I’m glad the mayor is doing it.”

The order resembles a similar measure passed by the City Council several years ago banning guns from rec centers. City officials, without offering details, said they believed the executive order was “slightly different” because the city was taking the action as the facilities’ property owner.

It remained unclear Tuesday how, or if, the ordinance might be challenged in court. Past attempts have faced legal barriers — ones city officials have been attempting to overturn for years.

The main hurdle is known as preemption, a concept that prohibits municipalities from creating and enforcing local gun laws. Dozens of other states have similar prohibitions, and in Pennsylvania, courts have cited preemption while consistently striking down attempts by cities, including Philadelphia, to ban assault-style weapons, limit handgun purchases, and prohibit guns in parks and at recreation centers.

“No county, municipality, or township may in any manner regulate the lawful ownership, possession, transfer, or transportation of firearms, ammunition, or ammunition components when carried or transported for purposes not prohibited by the laws of this commonwealth,” state law says.

The National Rifle Association has helped stymie some attempts to overturn preemption, previously calling some local laws “clearly unconstitutional” while arguing that different sets of rules within individual states can create confusion and risk for people who own and use guns legally.

Krasner said he expected the NRA to challenge the executive order but said: “Bring it on.”

“There is no organization in American history that has done more to facilitate crime with guns than the NRA,” he said.

Kenney, meanwhile, said he wished he could take more action, calling the state’s gun laws — and the ease of accessing firearms — “literally insane.”

“I would get every gun off the street and every gun shop should be closed,” Kenney said. He mentioned one report that said 15,000 crime guns were traced to nine local gun shops and said: “Is that what the Second Amendment … (what) our forefathers thought they were doing when they protected a single-shot, muzzle-loading long gun in order to fight the British? I don’t think so.”