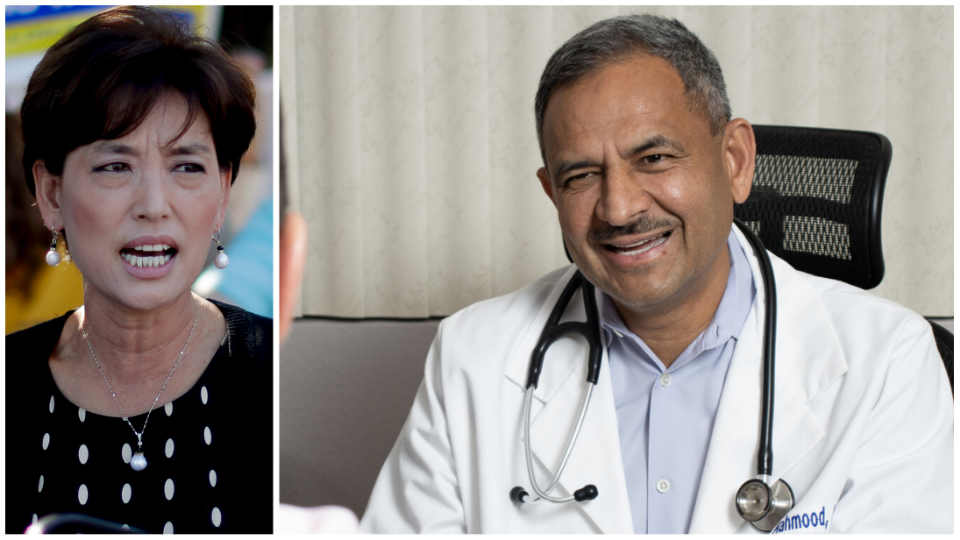 ANAHEIM, Calif.—Dr. Asif Mahmood, Rudy Salas, Kermit Jones, Will Rollins, Jay Chen, Adam Gray, and Christy Smith have a lot in common. Each of them a dedicated public servant, this November they have the chance to flip seven crucial California swing districts from red to blue.

Voters in California, as well as in a number of key competitive races elsewhere, will help to determine the makeup and character of the U.S. House that will either advance the progressive aspects of President Joe Biden’s agenda, or act to stymie any forward movement on such issues as climate change, voting rights, and reproduction.

Every vote in every election counts and has national implications. For example, this week, faithful MAGA Republican Sen. Lindsey Graham from South Carolina announced new federal legislation that would impose a nationwide abortion ban after 15 weeks. If passed, even blue states would be subject to this law.

It would validate some of the most extreme state-level abortion bans we’ve seen since the Trump Supreme Court’s reversal of Roe v. Wade. Important to note, the bill makes no exceptions for rape, incest, a malformed fetus, or to protect a woman’s life.

Graham and his party pretend to care about the state’s right to decide on the issue of abortion—rights until recently protected constitutionally by Roe v. Wade. Yet, when the raw power of a simple legislative majority can be enforced, Republicans give in to complete hypocrisy, and the hard choices a woman is often faced with concerning her own bodily autonomy and future are disregarded.

Imposition of a nationwide federal ban would fly in the face of the express will of the American people, who continue to want access to abortion as part of their overall healthcare package. Voters in Kansas made that clear.

Asif Mahmood is running a vigorous campaign in Orange County against such extremism. He is aiming to unseat District 40’s Republican Rep. Young Kim, who would certainly back this bill, having firmly established her anti-choice reputation. In fact, she earned an A+ rating from the same anti-choice group—the Susan B. Anthony List—that shared the spotlight with Graham at his press conference announcing this bill. She is also rated 100% by the National Right to Life Committee.

Election Day 2022 is the moment of truth when voters will decide what direction they want the country to go. California’s Congressional delegation, the largest in the nation at 52 members, will help to shape how much power the Republicans have.

The fight for the 40th Congressional District (the 39th until redistricting in 2020) is on. In 2018, South Korean-born Kim, then a State Assemblymember, was the Republican nominee in California’s 39th CD, narrowly losing to Democrat Gil Cisneros in the general election that flipped the House. In 2020, she defeated Cisneros in a rematch, even as the district went for Biden by 10 points.

In the June 7th primary election, she captured 34.6% of the vote, compared to Mahmood, the top vote-getter, with 41%. However, two other Republicans were also in that race, pulling out 23.2% and 1.2% of the vote. Predictably, those candidates’ followers will mostly fall in line behind the decidedly right-wing Kim.

Registered Republicans, most of them extreme MAGA voters, have a nearly 5% voter edge in the district, clearly defying the stereotype of all Californians as solid progressives. As a seasoned Republican, politician, and Trump supporter with deep pockets, Kim is well known throughout the district. She finds Trump “refreshing” even though “he has problems.” She would not let her daughters go out with him—“I would kick his ass,” she declared. Aside from her anti-abortion position, she thinks HR 3755, the Women’s Health Protection Act “undermines America’s religious freedoms.”

Kim is against federal funding to support “entitlement” programs such as Social Security and Medicare, which working people have paid into over the course of decades to protect themselves from old-age poverty and sickness. She is in favor of increasing defense spending, and against requiring states to adopt federal education standards.

Also, she is rated A by the NRA, in part for her stance against prohibiting concealed weapons on school grounds. In July 2022, Kim voted against the Respect for Marriage Act, which would recognize the validity of same-sex marriages.

Her endorsers include the Republican Jewish Coalition and the American Israel Public Affairs Committee.

Kim has an exclusive “Congressional Club” that gives her wealthiest donors a higher level of access to her time. Membership dues in Kim’s Club range between $5,800 and $20,000 per person. In exchange for these dues, supporters get special access to at least four events per year, like a recent one promising to block guaranteed access to contraceptive care.

If the integrity of American democracy is now being sorely tested, it’s not just armed insurrectionists attacking the Capitol building. It’s also all the backdoor deals we rarely hear about that have a huge impact in eroding our voices, a cozy arrangement that seeks to keep federal government working only for the 1%.

Who is Dr. Mahmood?

A partial look at Mahmood’s supporters shows endorsements from the Orange County Labor Federation, Unite Here Local 11, National Union of Healthcare Workers, Teamsters Joint Council 2, California Federation of Teachers, and organizations such as NARAL, Planned Parenthood, Equality CA, and the Sierra Club. He also has the support of leading Democrats in the state and others holding federal office. He has committed to refusing even “a penny from corporate PACs.”

A prominent pulmonologist and doctor of internal medicine who once played on a Pakistani cricket team, Mahmood says he wants to break through partisanship and “get things done for our community.” He and his family have lived in Southern California since 1999. He pledges to fight to codify Roe v. Wade.

Though he supports the Second Amendment, he wants to reinstate the assault weapons ban and pass meaningful background check legislation. He opposes any new taxes on working families and wants billionaires and large corporations to pay their fair share. He wants to protect consumers against corporate price gouging.

On labor issues, Mahmood believes every worker deserves a living wage and a safe work environment. He supports the rights of workers to organize. “I became a doctor,” he says, “because my parents taught me that helping others is our highest calling. For more than 20 years, I have helped patients face and overcome their health challenges and go on to lead richer lives. I am running for Congress because CA-40 needs leaders who wake up every day to solve problems and actually help families in our district.”

Long known as a Republican stronghold, Orange County now has a majority of younger Democratic voters. Only a quarter of voters are registered with a party preference. Of the county’s three million residents, over half are Latino or Asian American, though some, to be sure, are politically conservative. It’s definitely a swing district.

The results of this election are especially critical. Readers in or near Orange County are well advised to make a priority of this race. Dr. Mahmood’s campaign website can be accessed here. A hardline Republican can be tossed out, but only by a concerted effort to get out the vote in unprecedented numbers.

Eric A. Gordon contributed to this research. 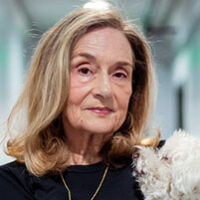