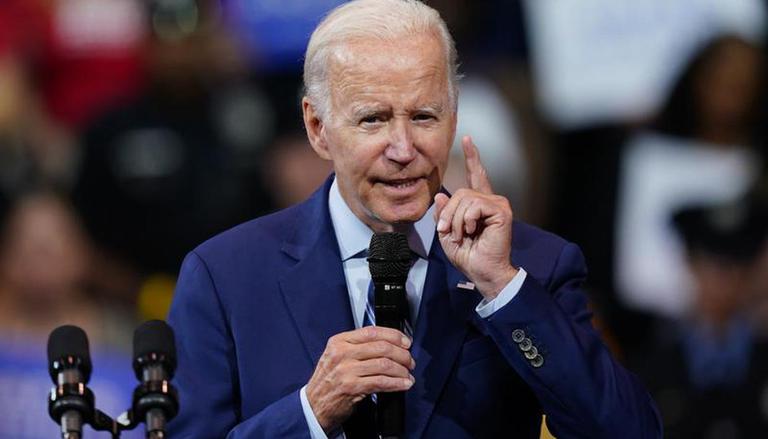 President Joe Biden on Tuesday forcefully defended the FBI as the agency and its employees have come under withering criticism and threats of violence since executing a search warrant at former President Donald Trump’s Florida residence earlier this month.

Biden also used his remarks Tuesday to promote his administration’s crime-prevention efforts and to continue to pressure Congress to revive a long-expired federal ban on assault-style weapons. Democrats and Republicans worked together in a rare effort to pass gun safety legislation earlier this year after massacres in Buffalo, New York, and Uvalde, Texas. They were the first significant firearm restrictions approved by Congress in nearly three decades, but Biden has repeatedly said more needs to be done.

“We beat the NRA. We took them on and beat the NRA straight up. You have no idea how intimidating they are to elected officials,” an animated Biden said. “We’re not stopping here. I’m determined to ban assault weapons in this country! Determined. I did it once before. And I’ll do it again.”

As a U.S. senator, Biden played a leading role in temporarily banning assault-style weapons, including firearms similar to the AR-15 that have exploded in popularity in recent years, and he wants to put the law back into place. Biden argued that there was no rationale for such weapons “outside of a war zone” and noted that parents of the young victims at Robb Elementary School in Uvalde had to supply DNA because the weapon used in the massacre rendered the bodies unidentifiable.

“DNA, to say that’s my baby!” Biden said. “What the hell is the matter with us?”

Tuesday’s speech marked Biden’s first of three trips to Pennsylvania in the coming week, underscoring the state’s role as a key political battleground. Trump is hosting his own rally in Pennsylvania on Saturday.

Democrats are trying to blunt Republican efforts to use concern about crime to their advantage in the midterms. It’s a particularly fraught issue in Pennsylvania, a key swing state where a U.S. Senate seat and the governor’s office are up for grabs.

Biden has tried to balance his approach to crime by acknowledging voters’ fears and praising law enforcement, but also urging more accountability for officers. The White House has also repeatedly promoted the additional funding for local police that was tucked into its sweeping coronavirus relief package in the early months of Biden’s presidency.

He’s rejected the activist slogan “defund the police,” which Republicans have used as a cudgel against Democrats in general, by calling for more money for cops.

Biden has laid out a $37 billion plan for addressing crime and boosting law enforcement resources. He wants Congress to spend $13 billion to help communities hire and train 100,000 police officers over five years. Another $3 billion would go to clearing court backlogs and resolving cases involving murders and guns, and $5 billion more would go to support programs that could help stop violence before it occurs.

In addition, Biden is looking for $15 billion to provide grants to initiatives for preventing violent crime or creating public health responses to nonviolent incidents.