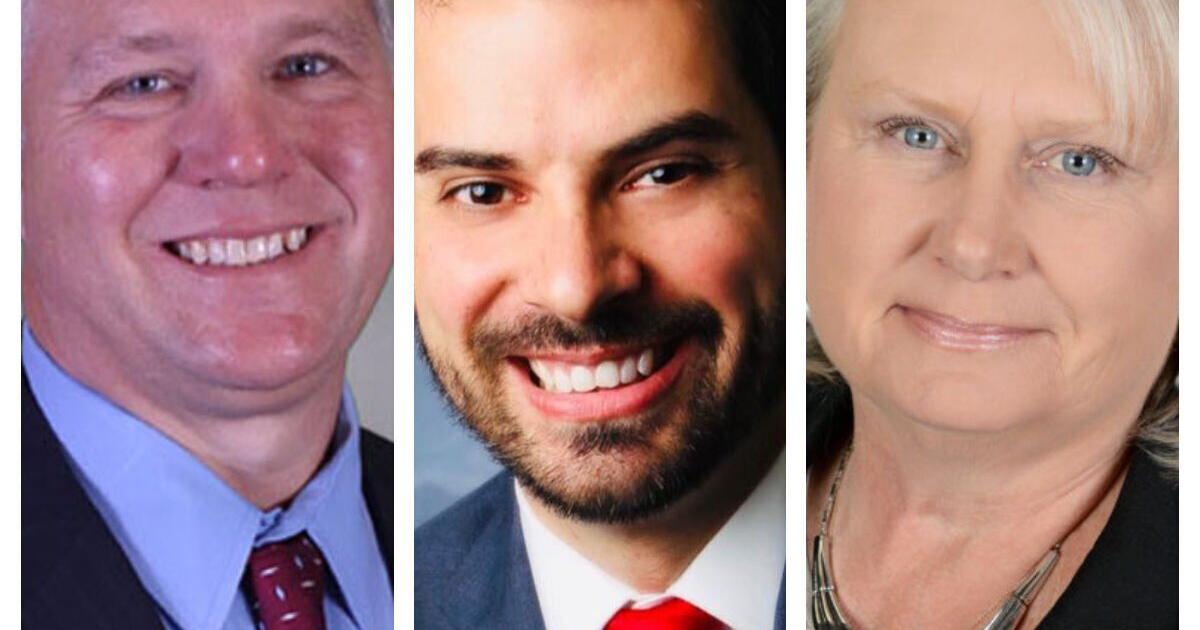 The Republican candidates vying to win the party’s nomination for Attorney General on Aug. 9 are touting their tough-on-crime credentials as the winner could get the chance to shape the future of law enforcement, abortion, elections and more in Wisconsin.

On the campaign trail, Jarchow and Toney have jostled to position themselves as the top choice of law enforcement in their appeal to the party’s grassroots, painting a dire picture of unchecked lawbreaking in the state.

They’ve vowed to rein in Democratic district attorneys who they see as too weak on crime, pointing to record shootings in Milwaukee, the Waukesha Christmas parade tragedy and drug trafficking from Latin America.

Jarchow, 43, has received the blessing of the National Rifle Association and Americans for Prosperity, an influential conservative group that is spending tens of thousands of dollars to support his campaign. On Twitter, Jarchow has routinely opined on national political issues like “woke liberalism,” President Joe Biden, inflation and transgender athletes — though he has deleted many of his past tweets.

As a district attorney, Toney, 38, has waded into statewide legal battles over elections. In April, he filed a lawsuit to remove five members of the Wisconsin Elections Commission. His office also has charged five people with misdemeanor election fraud for using a UPS store P.O. box as a voting address. One person was convicted on Thursday and ordered to pay a $500 fine and court costs.

Mueller, who joined the race in March, has generated less buzz, centering her campaign around discredited claims about COVID-19 vaccines, likening them to the human experiments of Nazi Germany. Mueller did not respond to an interview request.

Jarchow and Toney have drawn contrasts between each other on who is best prepared to handle the responsibilities of Attorney General.

Toney, who has served as a district attorney for 10 years, frequently touts his experience as a prosecutor and relationships with district attorneys and law enforcement across the state. Jarchow, who served two terms in the state Assembly representing Balsam Lake, has worked in private practice for two decades.

Should he win in November, Jarchow would become the first elected attorney general since John W. Reynolds Jr. in 1958 who did not first serve as a district attorney, assistant district attorney or a U.S. attorney.

Jarchow has criticized Toney’s own record as a prosecutor. In one digital ad, Jarchow, beer in hand, blasts the charging of 10 Fond du Lac residents with violating Gov. Tony Evers’ original stay-at-home order, which included restaurant staff and diners. Toney has stressed that the charges were dismissed and that he’s required to enforce the law.

“I am the only candidate that will be prepared to immediately and swiftly bring transparency and accountability to the problems that we have with soft-on-crime judges and soft-on-crime district attorneys,” Jarchow said in an interview.

“My opponent is part of that club, and he has shown himself to be totally unwilling to hold DAs accountable,” he added.

Toney, in kind, often chides Jarchow with the slogan “we need a prosecutor, not a politician” as Attorney General.

“I’m the only GOP candidate that has ever prosecuted a case, let alone handled a criminal case,” Toney remarked in an interview, noting that he serves as president of the Wisconsin District Attorney’s Association.

“It uniquely puts me in a position to know how to work with law enforcement,” he said.

The winner of the primary will run against first-term Democratic Attorney General Josh Kaul in November.

Kaul has called Jarchow and Toney right-wing extremists. They have called him a left-wing radical.

Kaul has a campaign war chest larger than the Republican field combined. In the first half of this year, Kaul raised nearly $1.2 million for his campaign. Jarchow raised about $448,000, Toney raised $102,000 and Mueller raised $42,271, according to campaign finance disclosures.

Jarchow and Toney present different solutions to the crime issue.

Toney has long called to give the state Department of Justice original jurisdiction over violent crime in Milwaukee County, arguing that crime in Wisconsin’s largest city often spreads to other parts of the state.

Both candidates support reforming the state’s cash bail system by amending the state constitution. Toney said the state needs new laws that would allow judges to consider the future danger of defendants and what it means for someone to not be likely to appear in court.

On the state’s bail system, Jarchow said he would create a statewide database through the Department of Justice that posts bail recommendations and the plea deals made by local district attorneys and judges.

“The voters are sick and tired of seeing criminals put back out on the street by soft-on-crime judges and DAs, and I will bring some transparency to it,” Jarchow said. “I will use the bully pulpit of the Attorney General’s Office to bring accountability to it.”

Jarchow’s other criminal justice policy proposals include more funding and grants for law enforcement training, recruitment and pay, along with the creation of a taskforce to help local law enforcement investigate and prosecute violent crimes.

As for whether he would publicly rebuke district attorneys with whom he disagrees, Jarchow didn’t rule it out, but said he would first stick to private conversations “making sure that individuals understand their performance.”

“But in this kind of environment, if that performance doesn’t improve, you bet we will make sure that the voters in those counties know that their district attorney is failing them,” Jarchow said.

“It shows he fundamentally does not understand the role of Attorney General and what that office actually does in working with prosecutors and law enforcement,” Toney said.

The next Attorney General will play a crucial role in deciding the future of abortion and elections in the state.

Kaul has been in lockstep with his party on fighting a roll-back of abortion rights and efforts to call into question the legitimacy of the 2020 election.

Jarchow and Toney both oppose abortion and have promised to uphold the state’s 1849 anti-abortion law, which bans abortion even in cases of rape and incest. That law, with the appeal of Roe v. Wade in June, is currently being challenged in a lawsuit filed by Kaul, who argues it can’t be enforced and conflicts with other state abortion statutes.

Jarchow and Toney oppose the legal challenges to the abortion ban and say Kaul is picking and choosing what laws to enforce.

Toney said Kaul’s legal argument against the ban is flawed, likening it to battery statutes “that technically conflict with each other.”

When asked of his top priorities at a forum in Milwaukee last month, Jarchow said he wants to get cases before the U.S. Supreme Court.

“As we’ve seen this historic U.S. Supreme Court term wrap up with historic victories for conservatives you can draw a straight line in many of those victories back to the office of some Republican Attorney General or more than one attorney general in a variety of states,” Jarchow said in an interview.

A Republican would be uniquely positioned as Attorney General to shape Wisconsin’s elections system.

Toney said his office isn’t going to “pick and choose” which election laws to enforce.

Should he become attorney general, Jarchow has promised to launch a statewide investigation of the 2020 election to look into accusations that Wisconsin Elections Commission members broke the law regarding guidance it issued on voting in nursing homes.

Unlike statewide governor and senate primaries, the Attorney General’s race has not had any public polling, leaving observers to look at the campaigns’ organization and financial support.

In Jarchow’s case, influential conservative advocacy group Americans for Prosperity has spent $90,000 on consulting, canvassing and online ads for his campaign, according to disclosures. No outside groups that don’t disclose their donors have spent money to boost Toney’s campaign.

“There’s no comparison,” Jarchow said. “We’re hitting our stride on the ground, and I don’t think that any campaign in this race can hold a candle to what we’re doing.”

But Toney has been on the trail longer than Jarchow, launching his campaign last April. Toney also beat Jarchow at the state Republican convention in May with 54% of the delegate vote compared to the former lawmaker’s 27% with 19% not endorsing. Toney did not meet the 60% threshold to automatically get the party’s endorsement.

Toney also has a deep bench of law enforcement support, from dozens of sheriffs and district attorneys, the Wisconsin Fraternal Order of Police and the Milwaukee Police Association.

“My campaign has been centered on standing with our law enforcement, fighting crime and enforcing the rule of law,” Toney said. “I talk about that all over Wisconsin. That’s the message and that’s what resonates with our grassroots.”

4. Only God is perfect

5. Ghost of the Assembly