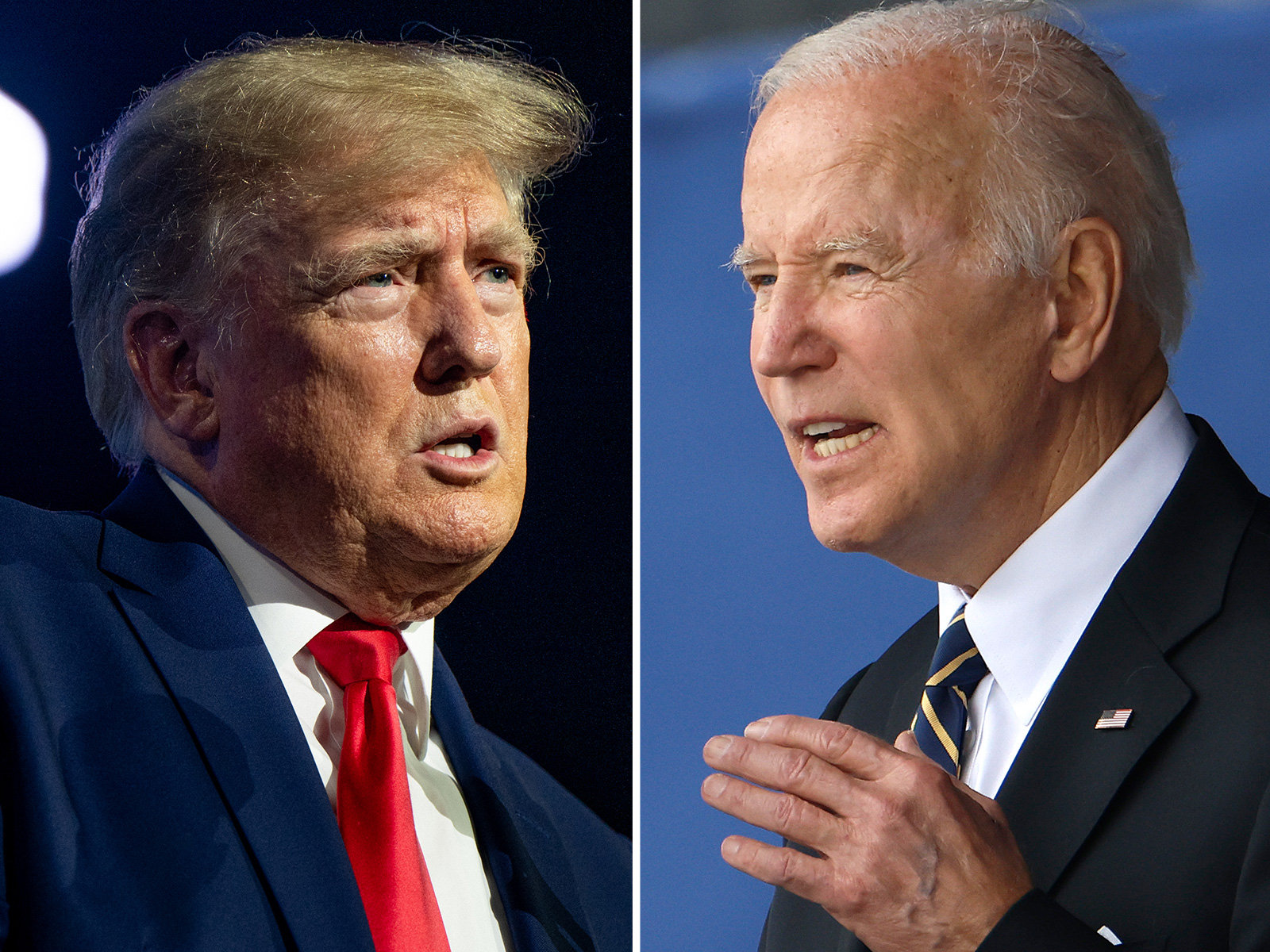 President Joe Biden has a slight edge over former President Donald Trump in a potential rematch in the 2024 presidential election despite his low approval ratings and concerns about Democrats‘ potential midterm losses.

A Yahoo! News Survey conducted by YouGov found that the president enjoys a slim lead over Trump among U.S. adults and among registered voters, while the poll also contains some good news for Democrats heading into November.

The YouGov poll also appeared to have good news for Democrats heading into crucial midterm elections. The survey found that 38 percent of adults said they would vote for the Democratic candidate in the district where they live, compared with 36 percent who opted for the Republican and 15 percent who were not sure.

Democrats also enjoyed a larger lead among registered voters, with 42 percent saying they would vote for the Democratic candidate and 38 percent choosing the Republican.

Despite the apparently positive news for Democrats, poll tracker FiveThirtyEight’s generic congressional ballot showed Republicans with 45 percent support to Democrats’ 42.8 percent as of May 30.

FiveThirtyEight’s analysis takes into account the YouGov poll as well as other recent polling.

Other recent polling also suggests a Biden/Trump rematch would be very close. An Emerson College poll conducted from May 24 to 25 showed that Trump enjoyed 44 percent in a 2024 contest, while Biden had 42 percent support.

President Biden’s approval rating remains in negative territory and has reached a new record low of 40.7 percent as of May 30, according to FiveThirtyEight’s analysis. Disapproval of the president stands at 54.1 percent.

Republicans are aiming to retake the House of Representatives and the Senate in November and if they can take just one chamber of Congress, they will be able to stymie Biden’s agenda for the two years heading into the 2024 presidential election.

The president has said he will seek a second term, while former President Trump has repeatedly hinted at another White House run but has not made any official announcement.