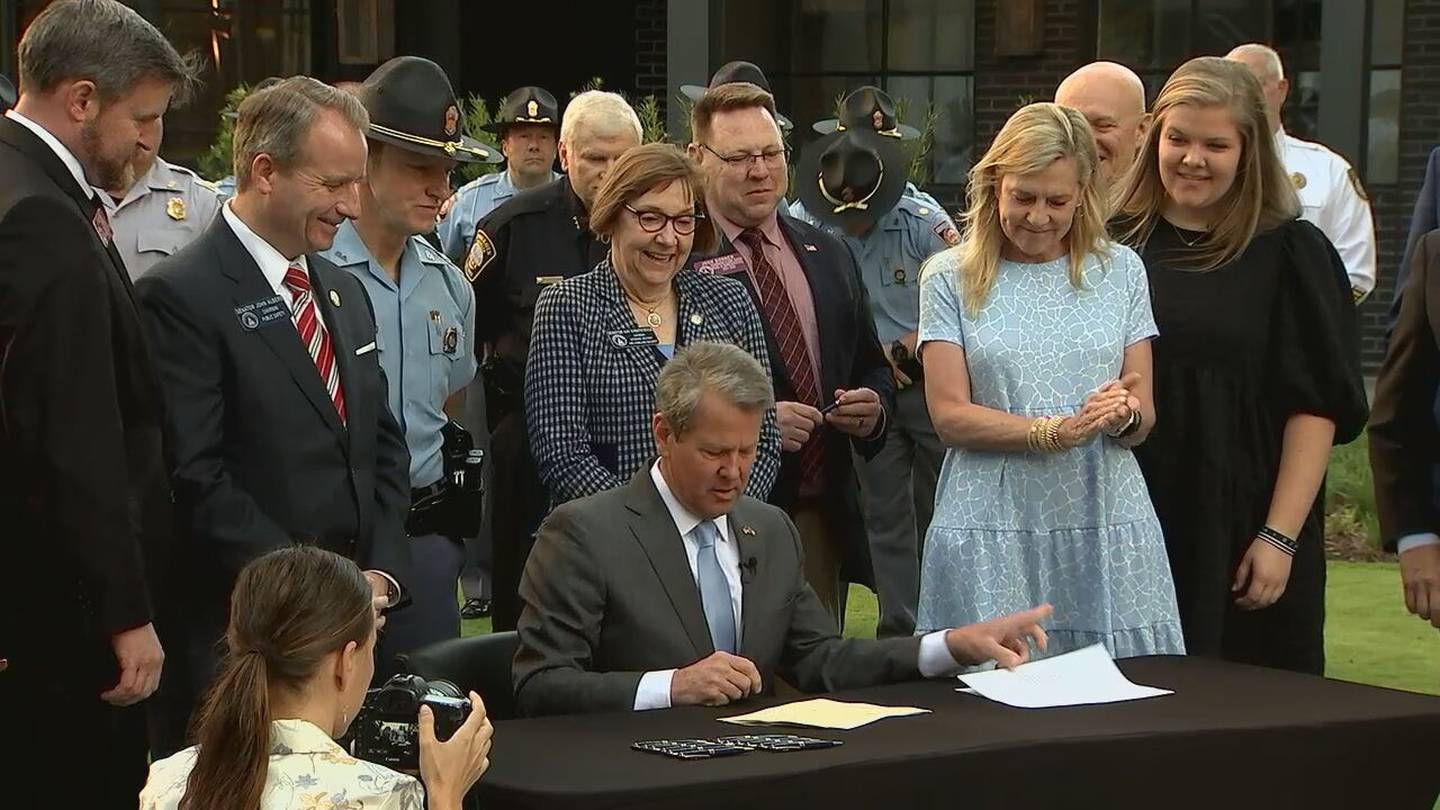 He also picked up a key endorsement from the NRA for the Republican nomination for governor.

Channel 2′s Richard Elliot was in Buckhead for the bill signings.

There was another fight involving gunfire just two hours before the governor signed those bills.

That fight happened along Pharr Road. No one was seriously injured.

“I am announcing today and providing the governor an official letter of endorsement endorsing Gov. Brian Kemp,” Barr said.

It is seen as a key endorsement as Kemp is trying to appeal to the base of the Republican party as he seeks the nomination for governor.

“A key component of public safety lies in the individual’s right to defend themselves and their family. That’s why our founders enshrined the right to bear arms in our constitution,” Kemp said.

Hours earlier, Kemp was in Buckhead to sign into law seven bills he said will help law enforcement go after crime.

One bill increases penalties for those caught fleeing and eluding police. Another creates a statewide gang prosecution unit.

This happened just three blocks and two hours from the scene of more violence in Buckhead.

Police said a fight near a Pharr Road gas station led to gunfire.

Several people were detained, but no one was seriously hurt.

Perdue held a news conference at that gas station to criticize the governor’s approach on crime.

“What happened here this morning is just unnecessary. It’s a tragedy and we need to get it to stop,” Perdue said.

He wondered why it took so long to get those seven bills passed.

“I know he signed a bunch of things into law today, but the problem is, where’s that been all year? Where’s that been the last four years? It’s time to make that stuff stop,” Perdue said.

Kemp will head down to middle Georgia Tuesday for an economic announcement where he will appear with former Gov. Sonny Perdue, David Perdue’s cousin.