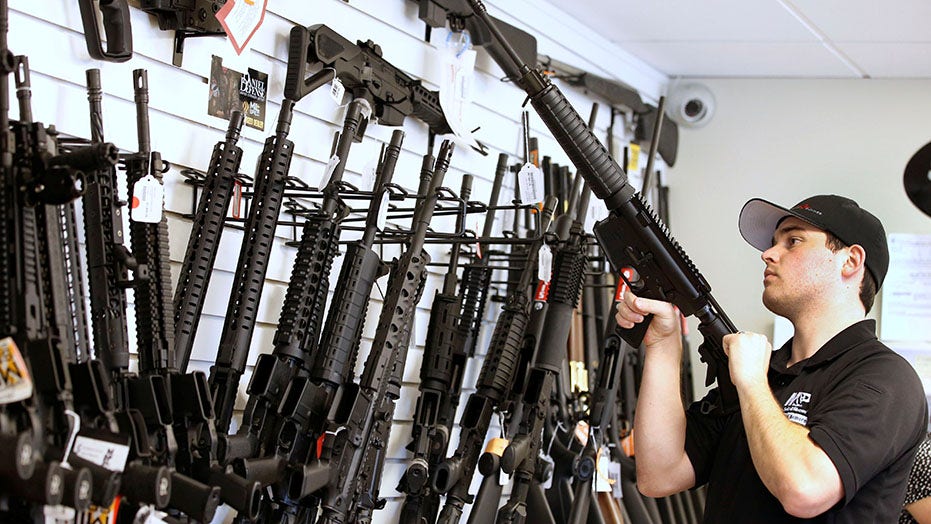 Massive social upheaval spurred by the coronavirus pandemic is in large part to blame for the national surge in violent crime — not guns, an expert told Fox News Digital.

“We have crime because we have people,” said Amy Swearer, a legal fellow at the Heritage Foundation, a conservative think tank. “Crime is a very complex subject.”

From the early 1990s through 2019, there was a national decline in violent crime, but the pendulum swung back in 2020, she said.

Salesman Ryan Martinez clears the chamber of an AR-15 at the “Ready Gunner” gun store In Provo, Utah.
(Reuters)

“We’ve seen across the nation unprecedented spikes in homicide rates and other types of violent crime,” she said.

The homicide rate shot up by 30% in 2020 compared to 2019 — the sharpest one-year increase in the nation’s history — and the upward trend has continued into 2021, according to FBI and other data. About 4,000 more Americans were murdered in 2020 compared to the prior year, Swearer said.

Although shootings are up in many big cities, Swearer said eliminating guns isn’t a realistic goal when there are 400 million privately owned firearms in the U.S. This figure doesn’t include police or military weapons.

“The cat is already out of the bag,” she added. “There are more privately owned guns than people in this country. You have to take that into account when you talk about combating gun violence.”

Most people who commit gun crimes are obtaining their weapons on the black market, not through official channels, so broad, federal gun control laws largely aimed at law-abiding citizens won’t stop the killings, she explained.

“There are more privately owned guns than people in this country. You have to take that into account when you talk about combating gun violence.”

“When you crack down on these official channels you’re not actually addressing the bulk of gun violence or how those offenders obtain those guns,” she said. “Tougher gun control is a talking point that sells well to certain politician’s constituents, but it isn’t effective policy.”

Cities like New York, Chicago and Los Angeles face a unique dilemma. It is incredibly difficult for residents to obtain a gun permit while criminals are roaming the streets with illegal firearms.

“You end up with this problem where there are a number of otherwise law-abiding citizens who can’t obtain concealed carry permits who are told they have no reason to be afraid, but they carry anyway because they are afraid,” Swearer said. “These residents tend to be people of color from poorer neighborhoods who are most likely to be victims of violent crime.”

In New York City, anyone caught with a loaded firearm faces a second-degree criminal possession of a weapon charge, which carries a mandatory minimum of 3.5 years and a maximum of 15 years.

MURDER IN LA COUNTY JUMPS OVER 95% SO FAR THIS YEAR, CONCEALED CARRY PERMITS ON THE RISE: SHERIFF

The Black Attorneys of Legal Aid, along with other public defender groups, wrote a legal brief last year arguing that “New York’s licensing regime criminalizes the exercise of the Second Amendment” and unfairly devastates the lives of minorities in poorer neighborhoods who fear for their safety.

Political activist Maj Toure, who founded Black Guns Matter to educate Black Americans on the use of firearms and their Second Amendment rights, agreed.

“All gun control in America is racist,” he told Fox News Digital. “Many people on the left don’t want Black people to have the right to defend their lives from Democratic tyranny.”

“By design, the people who are most affected by violent crime are having their constitutional rights violated the most,” he said. “If you live in Compton, you’re not getting a license.”

“By design, the people who are most affected by violent crime are having their constitutional rights violated the most.”

Amid a Los Angeles crime wave, wealthy residents are rushing to buy guns while Black residents are often denied the same privilege due to their ZIP code and the complicated process involved in getting a concealed carry permit, Fox News Digital previously reported.

Professor Jeffrey Butts, the director of John Jay College’s Research and Evaluation Center, said that in some respects conservatives and liberals are on the same page with gun control.

But, he said, he doesn’t endorse Swearer’s opposition to federal gun control laws that would impose restrictions on the entire country. To combat illegal guns, he said we need a federal approach because many illegal guns come from states with less restrictive gun laws.

Emma Colton contributed to this report.

The Chest Holster Buyer’s Guide
10-Round Magazine Is More Than Enough
DeepMedia Partners With Department of Defense on Deepfake Detection and Translation Tools, Receives Phase 1 SBIR Funding
Civilian Quality! – Propper Expandable Backpack – Preview
Community Voices: The fewer the ARs out there, the fewer who will die