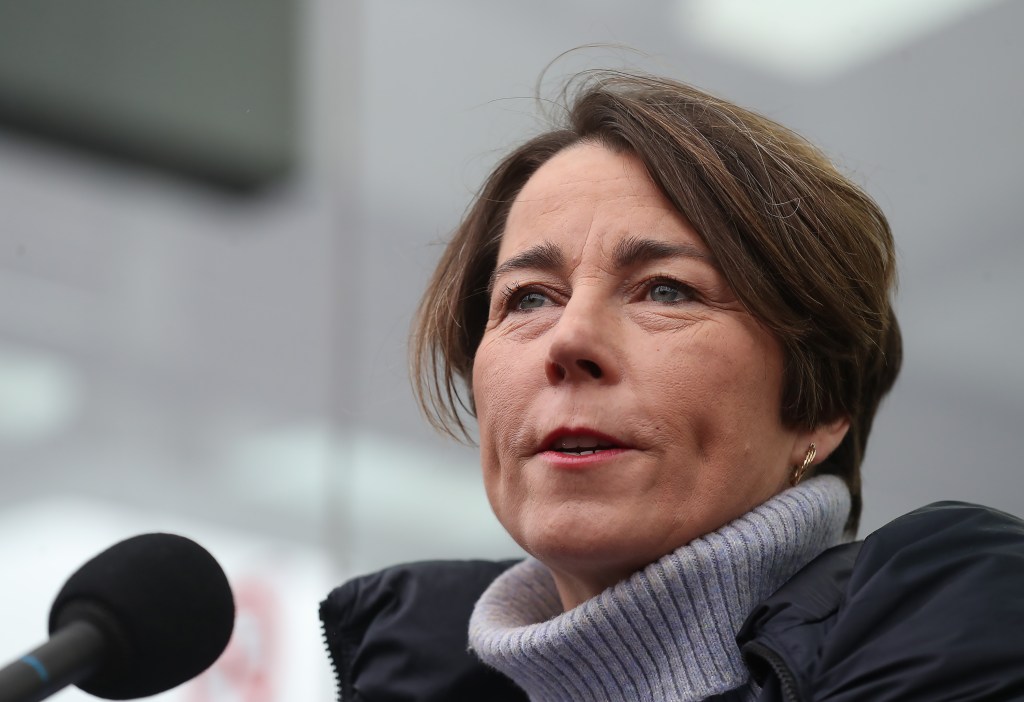 Maura Healey is pushing back on attempts to label her a “moderate,” saying instead that she’s a “proud progressive” in the running to be the next governor.

“I am a proud progressive and I am incredibly proud of my record,” said Healey, speaking on WBUR’s “Radio Boston” on Thursday. “I was the one that challenged and successfully defeated the Defense of Marriage Act. I brought cases against big banks — first of its kind civil rights claims for their discriminatory practices back in the day of the mortgage meltdown in 2008.”

Healey formally entered the 2022 governor’s race two weeks ago after months of speculation that she was mulling a bid. She enters a Democratic candidate field that already includes two other progressive women: state Sen. Sonia Chang-Diaz and Harvard Prof. Danielle Allen.

“I understand that there are those who want to ascribe labels to me and, frankly, I don’t know that voters or ordinary people care much about labels. They care about who you are and what you’re going to do,” Healey said.

Healey underscored her record as attorney general, going after Purdue Pharma and the Sackler family for their role in perpetuating the opioid epidemic, Exxon Mobil and the National Rifle Association. She said she would take that experience working for people “who needed protection” into the role as governor.

“I see this tremendous opportunity to grow and build in ways that we have not yet even imagined. We have incredible potential here in this state,” Healey said.

Healey said she’d put “a pinpoint” on the ongoing COVID pandemic and outlined how it would color her first years as governor, if she’s elected. Healey said disparities in health care have been exacerbated by the pandemic, but also tie in with environmental justice initiatives and work to end systemic racism.

Healey vowed to use historic levels of aid pouring into the state as well as historic tax revenue surpluses to put her “aggressive” agenda into action.

“There’s tremendous fallout from COVID and we’re still in the midst of this pandemic,” Healey said. “I’m somebody who’s always prioritized mental health, behaviorial health. Those needs have only grown significantly in the last couple of years and it’s another area where our next governor needs to make even stronger investments.”

The Democratic nominee will go on to face the GOP candidate — the field now has two hopefuls: Geoff Diehl, a former Whitman state representative who is endorsed by former President Donald Trump, and Wrentham businessman Chris Doughty — in the November election.