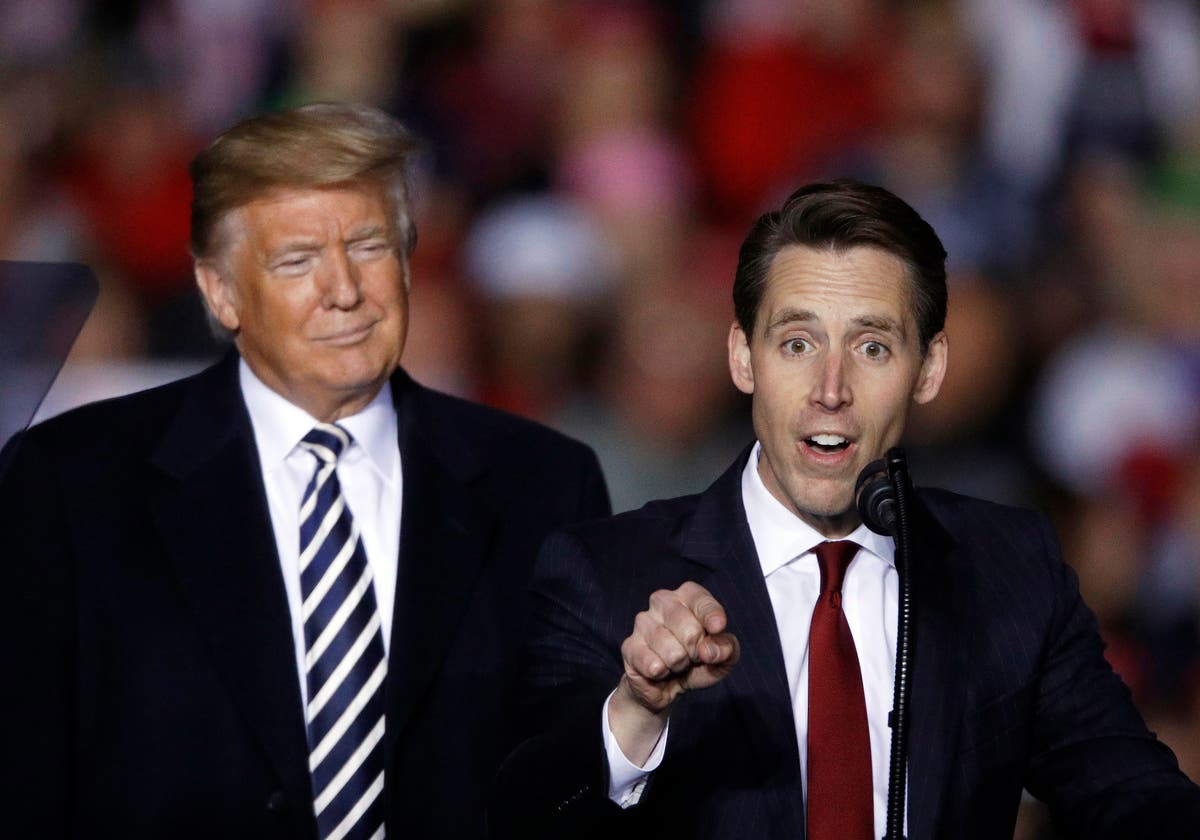 A US gun control charity has sued the National Rifle Association (NRA), accusing it of illegally funnelling money through shell companies to the election campaigns of Donald Trump and other leading Republicans.

Giffords, a non-profit group founded by former Arizona congresswoman Gabrielle Giffords after she was shot in the head during a mass shooting in 2011, filed a lawsuit in federal court on Tuesday against the NRA and two GOP political campaigns for breaking campaign finance laws.

The lawsuit claims that the NRA channelled up to $35m into the coffers of Mr Trump and senators Josh Hawley, Tom Cotton, Thom Tillis, and Ron Johnson, as well as House representative Matt Rosendale and former senator Cory Gardner.

According to the suit, NRA satellite organisations hired a pair of political advertising companies to create and place adverts, but both companies were merely the “alter egos” of two other firms that worked directly with the politicians’ campaigns.

The alleged scheme allowed the NRA’s money to be used in concert with the politicians’, controlled by the same people in the same offices, in violation of US laws that ban big money political donors from “coordinating” with politicians.

The US imposes a $2,600-2,900 yearly cap on direct donations to an individual candidate, whereas private companies or political action committees (PACs) can spend unlimited money in support of whatever they like as long as they do not coordinate their messages with any politician.

David Pucino, a senior staff lawyer for Giffords, said: “The NRA has long acted like it is above the law, and it has done so flagrantly in the last several election cycles. This lawsuit demonstrates that the NRA broke the law by illegally coordinating with federal campaigns and funnelling millions of dollars to candidates who supported their extremist, deadly agenda.

“We are suing the NRA to finally hold them accountable for actions that corrupted politicians and undermined our democracy.”

In response, the NRA called the lawsuit “as misguided as it is transparent”, saying: “Another premeditated abuse of the public by our adversaries, who will stop at nothing in their pursuit of their anti-freedom agenda.

“Suffice to say, the NRA has full confidence in its political activities and remains eager to set the record straight.”

Spokespeople for Mr Trump and the other campaigns did not immediately respond to a request for comment from The Washington Post.

The duel between America’s most powerful pro-gun lobbying group and one of its top gun control non-profits comes amid numerous legal and financial battles for the NRA.

The body is being sued by the state of New York for “fraud and abuse” of its finances and by the District of Columbia for improper diversion of funds. It has also filed for bankruptcy, but a federal judge rejected its attempt as an attempt to avoid scrutiny.