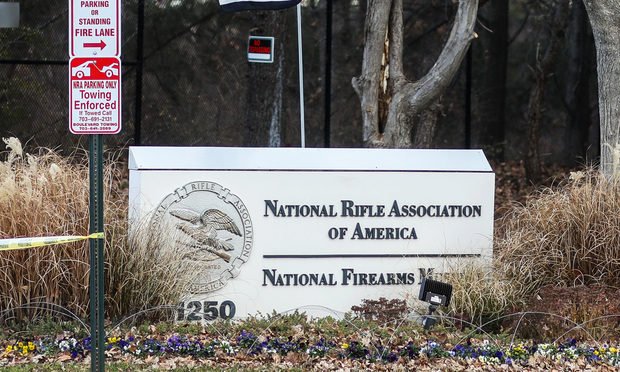 On May 11, 2021, U.S. Bankruptcy Judge Harlin Hale of the U.S. Bankruptcy Court for the Northern District of Texas issued a decision dismissing the Chapter 11 case of the National Rifle Association and certain of its affiliates. The high-profile New York-based non-profit sought bankruptcy protection in Texas on Jan. 15, 2021 and immediately faced a bevy of motions seeking dismissal of its Chapter 11 case pursuant to Section 1112(b) of the Bankruptcy Code filed by: 1) a former vendor-turned-litigation adversary, Ackerman McQueen, Inc.; 2) the New York Attorney General (NYAG); and 3) the District of Columbia Attorney General. A separate motion seeking the appointment of an examiner pursuant to section 1104(c) of the Bankruptcy Code was also filed. This article explores the competing factors the Bankruptcy Court considered and the rationale underlying its decision to grant the drastic relief of dismissing the NRA’s bankruptcy case.

The Chapter 11 filing came after New York Attorney General Leticia James brought a case against the NRA, its executive vice president Wayne LaPierre, general counsel, former treasurer and CFO, and former chief of staff in August of 2020 alleging senior executives had mismanaged funds that belonged to the nonprofit, claiming the officers had “funneled millions into their own pockets.” All told, the alleged losses amounted to over $64 million over a span of three years. The complaint also alleged “improper expense documentation, improper wage reporting, improper income tax withholding, failure to make prior tax reporting payments, payments in excess of reasonable compensation to disqualified persons and waste of NRA assets,” as well as whistleblower retaliation against individuals who attempted to reveal various issues to James’ office and the IRS. The case seeks the dissolution of the organization and sanctions for the executives. In a public statement, LaPierre announced the NRA was “dumping New York” and pursuing reincorporation in Texas, drawing sharp criticism from James that it was using the Chapter 11 protections as a tactical litigation advantage to avoid the New York regulatory action and possible dissolution.