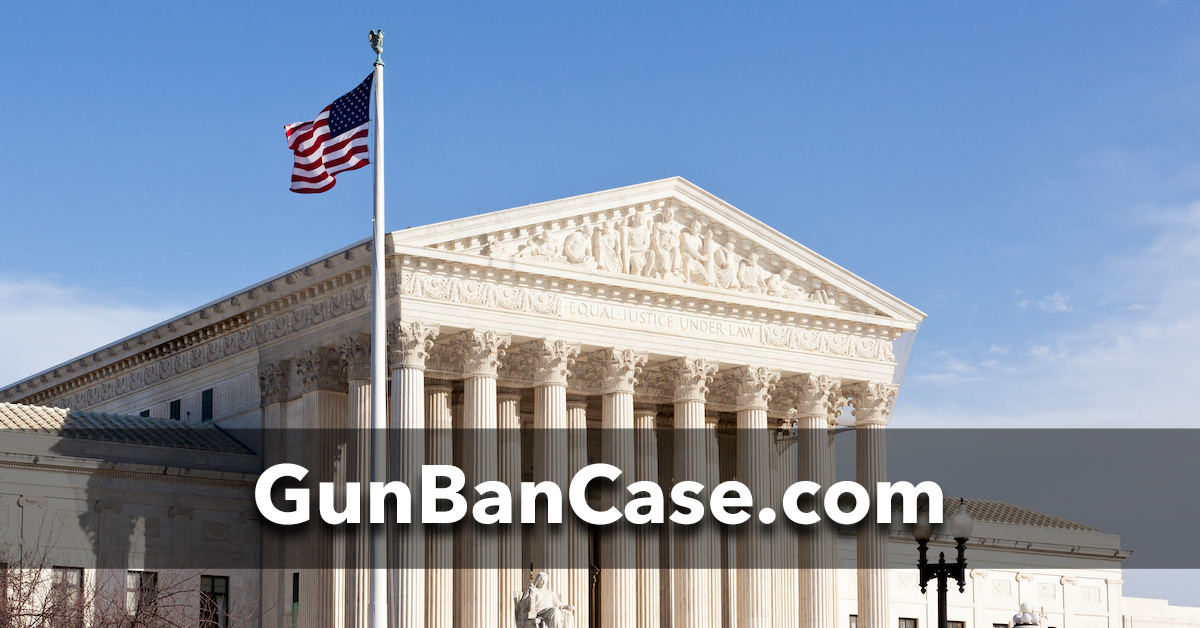 WASHINGTON, D.C. (December 11, 2020) — Today, Firearms Policy Coalition (FPC) announced the filing of a petition seeking a writ of certiorari asking the United States Supreme Court to review the Third Circuit’s decision in Lisa Folajtar v. Attorney General Barr. A copy of the petition can be viewed at gunbancase.com.

Nearly a decade ago, Ms. Folajtar was convicted of a nonviolent felony and has been law-abiding ever since, but federal law nevertheless prohibits her from possessing a firearm for the rest of her life. In 2018, Ms. Folajtar filed an as-applied Second Amendment challenge to the lifetime ban in the Eastern District of Pennsylvania District Court. The Court ultimately ruled against her for ahistorical reasons, and that decision was affirmed by the Third Circuit Court of Appeals, where, over a powerful 28-page dissent by Judge Bibas, the panel majority upheld the ban on Folajtar. The panel majority departed from the Supreme Court’s 2008 Heller opinion by ignoring the text of the Constitution as well as the history and tradition that informs its original public meaning. Instead, the court applied an improper test that allows governments to completely and permanently disarm people if they lack “virtue.” Ms. Folajtar’s petition argues that the Court should hear the case because the lifelong ban violates Folajtar’s Second Amendment rights, and to further clarify the field of Second Amendment law.

“The courts would never countenance an attempt by the government to permanently bar Ms. Folajtar from exercising her fundamental rights to free speech and free exercise of religion merely because she at one time was convicted of a nonviolent felony,” explained Supreme Court counsel of record, David H. Thompson of Cooper & Kirk, who recently argued before the High Court for the petitioners in Collins v. Mnuchin. “Yet the Third Circuit held that the government can forever strip Ms. Folajtar of her fundamental right to possess firearms for self-defense based on a one-time conviction of a tax offense. As Judge Bibas explained in dissent—and as Justice Barrett explained in a similar case when on the Seventh Circuit—such a punishment has no connection whatsoever to the historical justification for limiting the Second Amendment rights of certain individuals: dangerousness. It therefore is unconstitutional, and we hope the Supreme Court agrees to hear this case and confirm that the government has no basis for depriving nondangerous individuals of their Second Amendment rights.”

“The Government’s argument that a person’s inalienable right to keep and bear arms can be denied in perpetuity as a result of a single non-violent felony conviction is neither supported by the text of the Constitution nor the history and original public meaning of the Second Amendment,” said attorney Joshua Prince. “As Judge Bibas makes clear in his dissent, the lifetime, total ban imposed upon Ms. Folajtar, and others like her, is not longstanding and has no connection to any governmental interest.”

“Ms. Folajtar is a law-abiding woman who simply wishes to exercise her natural and fundamental right to self-defense in her home,” commented Adam Kraut. “The Government’s lifetime ban applied to her cannot withstand constitutional scrutiny. And more, there exists a certain irony that the Government strips an individual of their Second Amendment rights for making a false statement on a tax return when our Founders took up arms against the King after refusing to pay taxes.”

“There is no historical precedent in American history for disarming nonviolent persons like Ms. Folajtar,” noted FPC’s Joseph Greenlee. “In fact, some founding-era laws expressly allowed people who mishandled or withheld money owed for taxes to keep their firearms. As Judge Bibas explained in his Third Circuit dissent, historically, individuals were disarmed only if they were dangerous. We hope that the Supreme Court will hear this case and put an end to the unjust and ahistorical prohibitions on nonviolent felons.”

“The Supreme Court should grant review in this case to right an outrageous injustice that affects millions of non-violent individuals and clearly establish the proper test for lower courts to apply in Second Amendment challenges,” said FPC President Brandon Combs. “Ms. Folajtar’s petition, lead by the outstanding counsel of Cooper & Kirk, presents an ideal vehicle for the Court to address these important issues in 2021, including many other cert. petitions already filed and that will be submitted this term.”

Firearms Policy Coalition (firearmspolicy.org) is a 501(c)4 nonprofit organization. FPC’s mission is to protect and defend constitutional rights—especially the right to keep and bear arms—advance individual liberty, and restore freedom through litigation and legal action, legislative and regulatory action, education, outreach, grassroots activism, and other programs. FPC Law is the nation’s largest public interest legal team focused on Second Amendment and adjacent fundamental rights including freedom of speech and due process, conducting litigation, research, scholarly publications, and amicus briefing, among other efforts.

The Folajtar case is another important lawsuit that is part of FPC’s comprehensive strategy to defend freedom, advance individual liberty, and restore the Constitution and its guarantees for individuals throughout the United States. Individuals who wish to support the lawsuit can do so at JoinFPC.org and www.firearmspolicy.org/folajtar.

If you would like to support FPC’s Folajtar case and many other pro-Second Amendment lawsuits, legal action, and research, please chip in $5, $10, $25, or whatever you can at https://www.firearmspolicy.org/donate or Join the FPC Grassroots Army at JoinFPC.org.