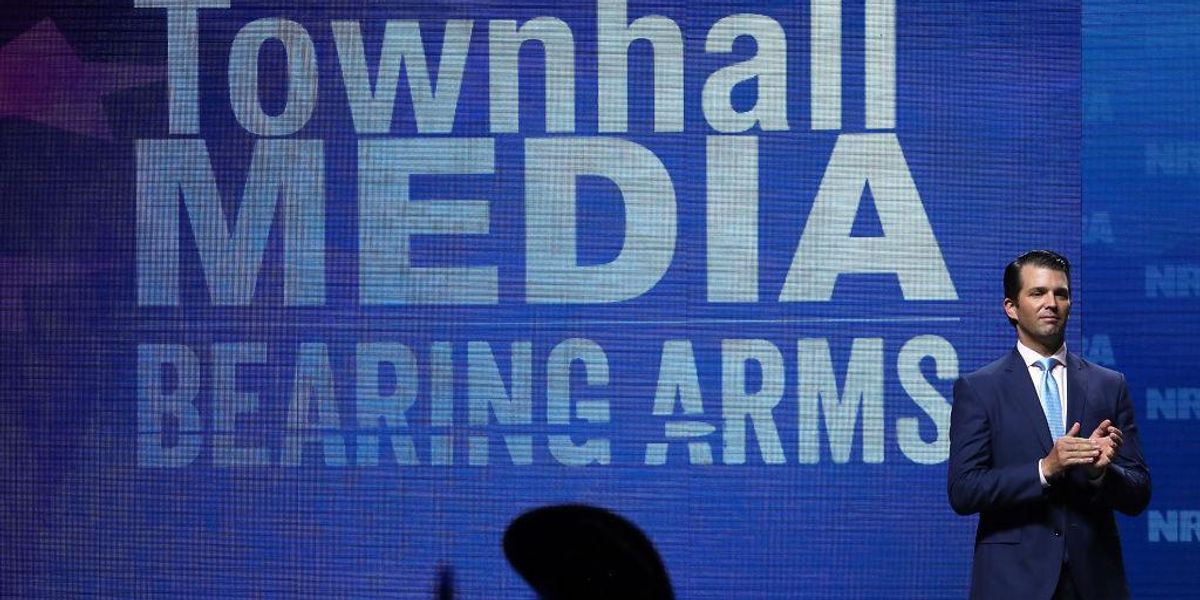 Donald Trump Jr. is reportedly being talked about to challenge National Rifle Association executive vice president Wayne LaPierre for control of the Second Amendment advocacy organization, according to Business Insider.

President Donald Trump’s eldest son, who has previously been rumored as a potential Republican candidate for various offices, was name dropped by sources reported to be Trump advisers who spoke to Business Insider about the Trump family’s political future. They say Trump Jr. is eyeing the executive vice president position at the NRA as other members of his family look to position themselves in media and politics to have lasting influence on the Republican Party.

“They’re looking for a franchise for Trump Jr.,” a GOP source reportedly said of Trumpworld’s plans.

The president’s son is an avid hunter and has previously appeared at high-profile events for the NRA. On several occasions, Trump Jr. has posted about gun rights on social media, accusing Democrats of wanting “to take away your Second Amendment rights.”

So Democrats want to take away your Second Amendment rights while simultaneously defunding the police and telling l… https://t.co/vWapuTw7rK

However, another Republican source told BI that Trump Jr. was not interested in involving himself with the NRA as the organization in recent years has been plagued by infighting. Current and former NRA executives have been accused of using money donated to the non-profit group to enrich themselves and the NRA is under investigation by the New York attorney general’s office.

“Don is just not getting involved in that pissing match,” the source said.

Even if Trump Jr. indeed wants the job, NRA leadership is selected by the organization’s board, which according to one of the Republicans who spoke to BI is currently filled with people loyal to LaPierre.

Other members of the Trump family are reportedly seeking ways to stay relevant in politics after President Trump completes his term.

The president’s daughter-in-law, Lara Trump, who is married to Donald Jr.’s younger brother Eric, is mulling a bid for Senate in her home state of North Carolina when Sen. Richard Burr (R-N.C.) retires in 2022.

Of course, the biggest question looming over the Trump family’s political future is whether the president will attempt to run for a second term in 2024. Multiple reports have suggested that the president could announce a 2024 campaign as early as the week former Vice President Joe Biden will be inaugurated as the next president.

“He’s serious about it,” said one of BI’s Republican sources.

However, speaking to reporters Wednesday, White House press secretary Kayleigh McEnany said that for the time being, the Trump campaign remains focused on litigating the 2020 election, not planning for 2024.