Colorado: Multiple Anti-Gun Bills Pass out of their Chamber of OriginZastava Arms: Quality And QuantityGun Buybacks: Anti-Gun Policy That Continues to MisfireMaine: Senate to Vote on Ban of Self-Defense at Polling LocationsLegal Considerations Of Self-Defense In A RiotSolo Overnight Building a Raised Shelter With Pivoting Doors In The Woods and Bacon Ribeye SkilletPort: Here’s a way we can fight Big Tech’s suffocating control of public discourseSupreme Court Blocks Warrantless Entry for ‘Caretaking’ Gun SearchesDoes it Fall Short? – Jackery Explorer 1500 Power Station – Real World, Real Overland Review (No BS)The fight against gun control has some surprising new allies
Gun And Survival
Skip to content 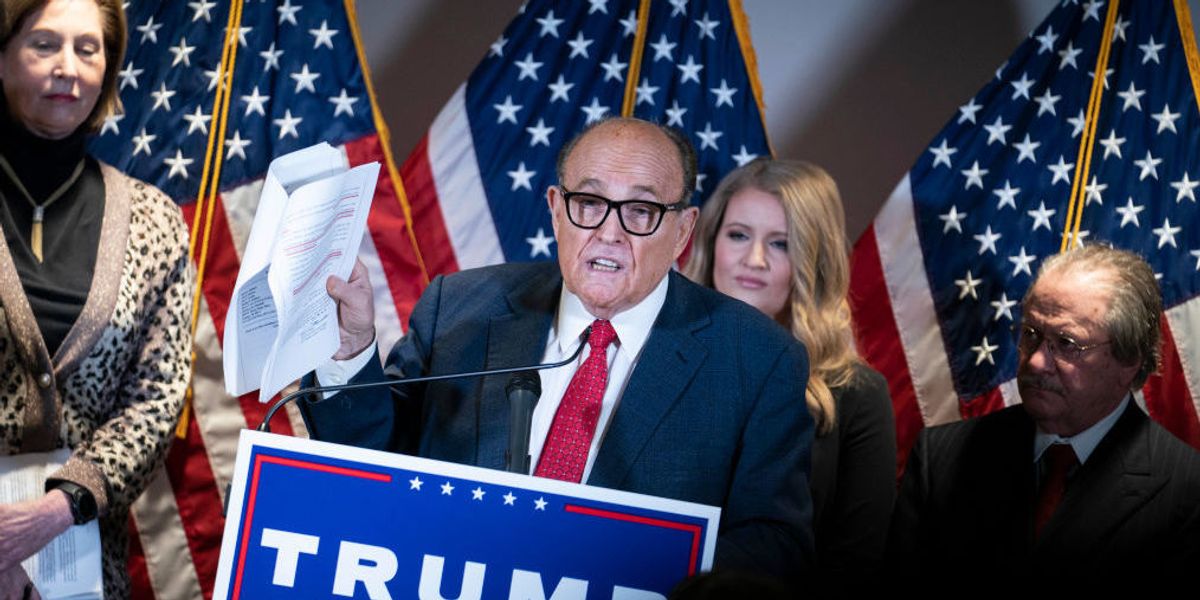 A federal judge tossed out another lawsuit from the Trump campaign late Saturday, rebuking the campaign in a scathing opinion, and allowing the state to move forward with the certification of its election results.

What did the judge say?

The Trump campaign filed a lawsuit to invalidate millions of votes in Pennsylvania and block the certification of the state’s election results, which is set for Monday.

But granting the Trump campaign’s demands would have been tantamount to violating the Constitution, U.S. Middle District Judge Matthew Brann ruled.

In fact, Brann explained that Trump’s legal team did not come to court armed with evidence to prove why Pennsylvania votes should be invalidated.

“One might expect that when seeking such a startling outcome, a plaintiff would come formidably armed with compelling legal arguments and factual proof of rampant corruption,” Brann explained. “That has not happened.”

“Instead, this Court has been presented with strained legal arguments without merit and speculative accusations, unpled in the operative complaint and unsupported by evidence,” Brann continued. “In the United States of America, this cannot justify the disenfranchisement of a single voter, let alone all the voters of its sixth most populated state. Our people, laws, and institutions demand more.”

Brann, although he was appointed by former President Barack Obama in 2012, was a longtime Republican official, and was active both in the National Rifle Association and Federalist Society.

What did Toomey say?

Toomey recognized Biden and Harris as the election winners because he said Trump has exhausted his legal remedies in the Keystone State.

“With today’s decision by Judge Matthew Brann, a longtime conservative Republican whom I know to be a fair and unbiased jurist, to dismiss the Trump campaign’s lawsuit, President Trump has exhausted all plausible legal options to challenge the result of the presidential race in Pennsylvania,” Toomey said in a statement.

Toomey went on to say that he is “disappointed” that Trump lost, but urged the president to “accept the outcome of the election and facilitate the presidential transition process.”

How did Trump respond?

Trump’s campaign said they welcomed Brann’s decision because it expedites their plan to go to the Supreme Court.

“Today’s decision turns out to help us in our strategy to get expeditiously to the U.S. Supreme Court. Although we fully disagree with this opinion, we’re thankful to the Obama-appointed judge for making this anticipated decision quickly, rather than simply trying to run out the clock,” Trump attorney Rudy Giuliani and campaign legal adviser Jenna Ellis said in a statement, according to Politico.

It should be noted that Brann dismissed the lawsuit with prejudice, meaning Trump’s team cannot file another lawsuit on the same grounds as the one he dismissed. That, however, does not stop the appeal process.