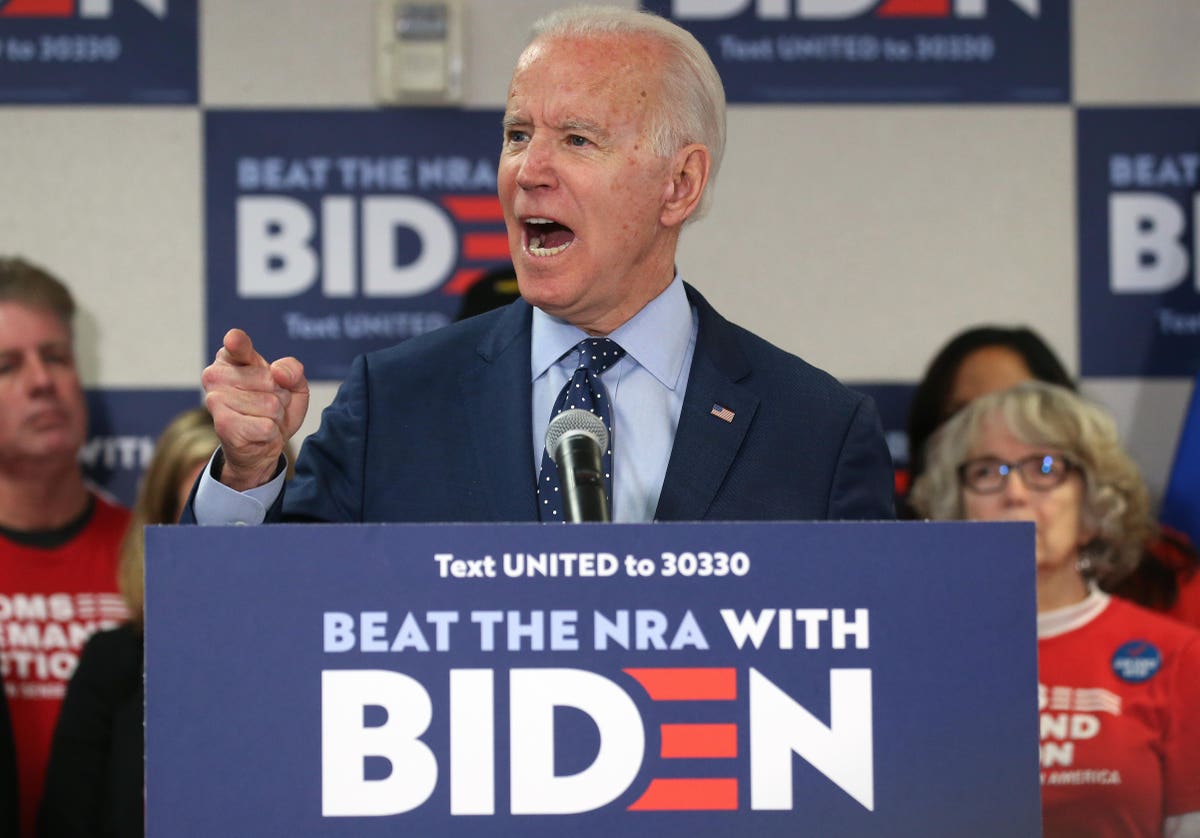 The great irony of Joseph Biden’s presidency is that he could be good for the gun industry.

President-elect Biden and Vice President-elect Kamala Harris are already fueling gun sales with their Democratic gun control plan. Americans are buying guns like never before. Gun sales have surged since the Covid-19 pandemic swept through America in March.

The Federal Bureau of Investigation conducted 32.13 million background checks in the first 10 months of the year, breaking an annual record before the year is over. While FBI background checks are not the same as sales, they serve as the closest nationwide proxy.

Gun sales are fueled by fear over the coronavirus pandemic, a flattened economy, the millions of unemployed workers, and civil unrest stemming from volatile protests and police brutality. Gun sales are also fueled by politics, and consumers are motivated by the fear of gun control.

The election of Biden is seen as a victory for gun control groups like Everytown for Gun Safety. “We can count on Biden and Harris to address gun violence and save lives via executive action, and we look forward to standing behind them every step of the way,” said Everytown spokesman Adam Farina, who praised Biden-Harris as “the strongest gun safety ticket in history.”

But not everybody sees this as a good thing. Frantic buyers are rushing to gun stores to stock up before Biden has the chance to impose gun control restrictions, including a proposed manufacturing ban on assault rifles.

Now that Biden is the President-elect, gun stocks are running scared while the market rallies. Smith & Wesson and Sturm, Ruger
have dropped 10% and 8% since Election Day, facing an aggressive gun control policy from an impending Democratic White House.

But investors are missing the big picture. Despite Biden’s stance on guns and America’s recent history with mass shootings, gun control was not a serious topic during the campaign. Gun control was never mentioned during the debates, which were dominated by coronavirus and the economy.

Gunmakers like Smith & Wesson and Sturm, Ruger could face limited actual risk from a potential crackdown from Biden, who in turn faces a divided Congress. President Obama was unable to pass gun control legislation in 2013 when he faced a similarly partisan Congress.

“Congress hasn’t done anything, and isn’t in all likelihood going to do anything for the foreseeable future,” said Philip Cook, a sociologist at the Sanford School of Public Policy at Duke University and co-author of ‘Gun Violence: The Real Costs.’ “It’s kind of a remarkable situation where fake politics is driving real decisions.”

Cook said that a divided Congress calls into question whether there is any real need to be rushing out and buying guns over the fear that they’ll soon be taken away. “That, as a concern, has turned out to be false,” he said.

Biden, like President Barack Obama and Secretary of State Hillary Clinton before him, could serve as a greater catalyst for gun sales than President Trump, a Republican endorsed by the National Rifle Association.

The gun control plan of Biden and Harris includes a ban on the manufacture of assault weapons and high capacity magazines, which have been used in the deadliest mass shootings. Their plan also includes the expansion of background checks and the registering of all assault weapons under the National Firearms Act, which requires a $200 tax and lengthens the background check process from about 20 minutes, to about eight or ten months. Biden is planning nationwide gun buybacks for gun owners who don’t register for the NFA and he also wants to repeal the Protection of Lawful Commerce in Arms Act, the industry’s protection from liability lawsuits.

Mark Oliva, director of public affairs for the National Shootings Sports Foundation, the gun industry group, called the Biden-Harris plan “the most far-reaching and radical anti-gun agenda ever proposed by a presidential candidate.”

He said that Biden-Harris gun control policy amounts to the “confiscation of lawfully-owned firearms.” He also said that repealing the Protection of Lawful Commerce in Arms Act “would expose manufacturers and retailers to frivolous lawsuits that are designed to only drain the finances and bankrupt organizations while doing nothing to reduce crime or hold criminals accountable.”

Americans remain closely divided on these issues. With a gridlocked Congress, Biden and Harris face considerable challenges in passing their ambitious plan. The buyback faces logistical challenges because there are estimated to be hundreds of millions of guns in private ownership.

“Anarchy will reign and I don’t expect any compliance amongst citizens,” said Brian Rafn, a recently retired gun industry analyst from Morgan Dempsey whose family owns shares in Sturm, Ruger. He estimated the “civilian gun arsenal” to be 585 million in guns in private ownership, which he referred to as “a Red State and rural/suburban reality.”

Gun violence is an important issue, but Biden has already declared the coronavirus pandemic to be public enemy number one, and his clear priority when he takes office in January 2021. America has suffered an epidemic of mass shootings in recent years, but they have subsided during the Covid-19 pandemic, which closed schools and prevented people from gathering in large groups, providing fewer opportunities for mass shooters.

If no gun control measures are passed during the Biden presidency, the gun industry could enjoy the best of both worlds: sales fueled by the hysteria of a gun control policy that might never happen.

“It’s hard to see that Biden is going to be able to do anything that would restrict the public’s ability to buy all the guns they want, of whatever sort,” said Cook. “If they were genuinely concerned about what was going to happen under a Biden administration, they don’t need to be.”