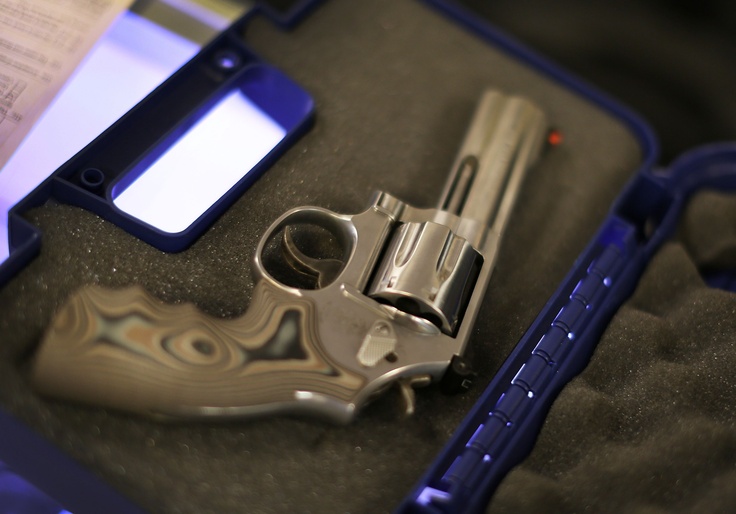 In an arrangement unique to Washington, D.C., the local police department is the only federally licensed firearms dealer that is open to the public. Residents tell the Washington Free Beacon, however, that legally obtaining a handgun has become nearly impossible due to the department’s inaction.

The city faced a dilemma in mid-March when the only licensed dealer accepting public transfer requests abruptly closed shop. Federal law requires handguns that are transported across state lines to be shipped to a licensed dealer (FFL). With no gun stores in city limits, the Metropolitan Police Department obtained its own license to process transfers, but residents say that the agency is hindering their ability to legally obtain firearms.

“I have two sellers attempting to send firearms to the police department and neither of them have been able to get a response in close to two weeks,” Elby Godwin, a real estate agent and longtime D.C. resident who purchased two handguns back on March 24, told the Free Beacon. “It is hard to tell at this point if MPD is even processing transfers.”

Christian, a former school teacher and civilian contractor in Afghanistan, bought a gun on June 2 because his girlfriend had grown concerned about potential societal fallout from the coronavirus pandemic as well as the recent civil unrest inside the city. The D.C. resident, who asked for his identity to be withheld out of fear of career backlash over owning a gun, said the department has left him in limbo. When his out-of-state dealer shipped his handgun to the address listed by MPD, the package was not delivered and was instead returned to the post office. He has yet to hear anything from MPD despite multiple attempts to contact the agency.

Neither MPD nor Democratic mayor Muriel Bowser responded to requests for comment.

The roadblocks the residents have run into have created what one expert described as a “legally dangerous” situation for the nation’s capital. The city has been the subject of a string of successful Second Amendment lawsuits over its strict gun laws in recent years, including the Supreme Court’s landmark Heller decision in 2008, which struck down the city’s total ban on handgun ownership. The lack of either a gun store or public range within city limits has remained a sticking point for many gun-rights activists, and some experts say the department’s failure to adequately process transfers could open the door to another legal battle.

“My sense is that the District chose this approach to avoid a possible constitutional challenge. It is a ‘cover your a—’ move,” Professor Josh Blackman, who teaches constitutional law at the South Texas College of Law, told the Free Beacon. “If MPD is the sole [licensed dealer] in D.C., then arguably refusing to respond to [handgun transfer] attempts may have Second Amendment problems.”

The experts who spoke with the Free Beacon raised a number of questions about the legality of the situation. While they agreed that the MPD may be able to meet the requirements for a federal license, its role as a government agency provides thorny legal questions. Gun stores and other licensed dealers have clear standards for processing fees and maintaining records of background checks—practices and requirements that are brand new to the only police department in the country that is also a licensed gun dealer.

George A. Mocsary, a law professor at the University of Wyoming and coauthor of Firearms Law and the Second Amendment: Regulation, Rights, and Policy, said the city government brought the legal conundrum upon itself.

“Almost certainly several people are happy to do [transfers]. No one does because the municipal government makes it so difficult to become an FFL,” he said. “The city wants to avoid two things: one, getting sued for making it difficult for people to become an FFL. And it definitely wants to avoid a situation where, in D.C., that part of the federal statute doesn’t apply.”

Dave Kopel, research director at the Independence Institute and an adjunct professor of advanced constitutional law at the University of Denver, said the dilemma could carry far-reaching consequences beyond the confines of Washington, D.C. Plaintiffs could challenge not only MPD’s firearm license but also the federal licensing laws that govern handgun transfers.

“[D.C. residents] have to pay for their handgun at a store outside D.C., and then pay for the handgun to be shipped from the first FFL to a D.C. FFL. Only then does federal law allow the D.C. resident to receive the handgun,” he told the Free Beacon. “The problem is caused solely by an obsolete federal statute.”

Mocsary said the situation was also “legally dangerous” because federal law requires licensed dealers to store background check records but also prevents any government jurisdiction from using background check storage requirements to create a database. He said it may be possible that MPD could create a firewall between the operations of its FFL and the rest of the department in order to prevent misuse, but it is likely to come under intense scrutiny from activists.

“Gun-rights people will see it as a dangerous situation,” he said.

The Bureau of Alcohol, Tobacco, Firearms, and Explosives (ATF) said that it understands why questions have been raised about the arrangement, which the agency confirmed is unique to Washington, D.C., but said it is legal and the special circumstances demand flexibility.

“While 18 U.S.C. § 926 may appear at first blush to preclude MPD from holding a license, ATF distinguishes between MPD and most traditional FFL because MPD does not have an inventory of firearms from which it will be selling,” Steve Blando, a spokesman for the agency’s Washington Field Division, told the Free Beacon. “Instead, MPD will simply be facilitating the lawful transfer of firearms. This is important because many of the record-keeping requirements in the Gun Control Act (spelled out in 18 U.S.C. § 923) are in place to ensure that all firearms being purchased and sold by an FFL remain fully accounted for and do not wind up in the hands of an individual who is prohibited under federal law from possessing a firearm.”

The agency said no other private individuals had yet applied for an FFL in the city and it believed granting one to MPD was the only option to allow D.C. residents to continue to legally obtain handguns.

“Without MPD holding an FFL, there would be no lawful means by which a D.C. citizen could sell, transfer or otherwise dispose of a firearm,” Blando said. “Allowing MPD to hold an FFL allows all firearms’ sales and transfers in the district [to] be done lawfully and protects the Second Amendment rights of D.C. citizens. It also ensures that anyone receiving and/or purchasing a firearm in the District will have to undergo a background check to confirm that individual is not prohibited from possessing a firearm—thereby protecting society and the District.”

The two residents struggling to obtain the handguns they legally purchased were focused primarily on trying to get MPD to transfer their guns to them and improve the process in the short term.

“It’s very confusing though what you can or cannot do,” Christian said of his decision to have his gun mailed to MPD. “So, I just got to the point where like, well, if they’re not gonna tell me I’m just going to do it. We’ll see what happens.”

He has yet to hear back from MPD about when the department will take possession of his handgun, which remains trapped in legal limbo at a post office somewhere in the city.

Godwin said MPD finally responded to him on Friday, a day after the Free Beacon requested comment from the department for this story, to tell him the agency had received one of his two handguns. They did not offer an explanation for the delay.

“I’m legally able and eligible to buy a handgun,” Godwin, who already legally owns several firearms at his D.C. residence, said. “I’ve jumped through all their hoops. But they’re denying me through their inaction.”