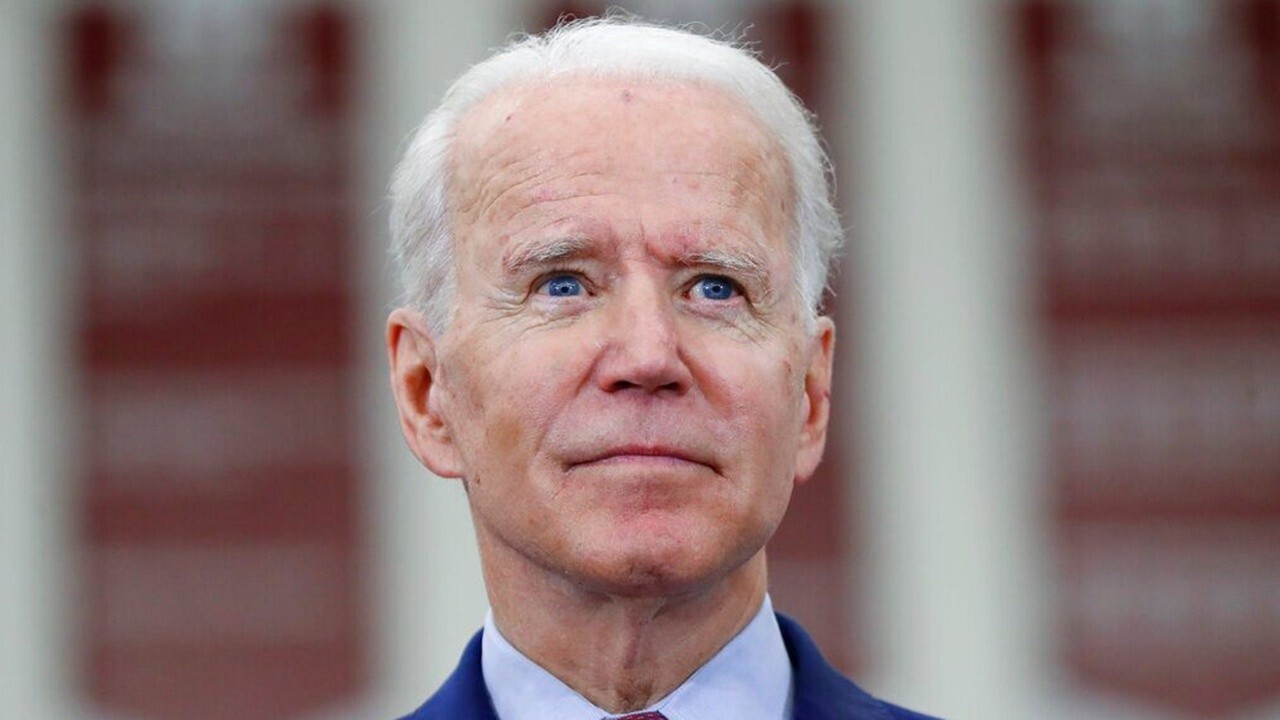 As lockdowns start to ease, eight states and Washington, D.C., are set to hold primary elections on Tuesday, which have implications in several important congressional races and the presidential contest.

Due to the coronavirus pandemic, many states that were set to hold elections during what were the peak weeks of the disease’s spread pushed them off to later in the year, with multiple states choosing June 2 as the date for their make-ups. Other states and D.C. had votes previously set for June 2, and will hold their elections as scheduled.

Here’s your guide to the top races and what to watch as America begins to emerge from the coronavirus pandemic and election season starts heating up again. The vote also comes amid widespread unrest over George Floyd’s death in police custody in Minneapolis, and it’s unclear how that might affect turnout in some areas:

Presumptive Democratic presidential nominee Joe Biden has vanquished all his primary rivals, with Vermont Sen. Bernie Sanders, the last hanger-on, dropping out of the race in early April. But Biden still has not mathematically secured the Democratic nomination.

The former vice president currently has 1,566 delegates to Sanders’ 1,007. Biden needs 425 more delegates to secure the 1,991 majority of delegates needed to win the nomination, a total he can theoretically secure on Tuesday.

Among the seven states that vote in the Democratic presidential primary Tuesday – Iowa, which holds the first-in-the-nation caucuses, is holding its primary for non-presidential offices – there are 479 delegates available. Biden, the only game in town, could theoretically lace up the Democratic nomination if he gets 425 or more of those delegates.

But voters can still select candidates besides Biden on their ballots, and Sanders has previously said he still hopes to amass delegates in the later primaries in a bid to gain influence at the Democratic convention later this year.

Democratic presidential candidate, former Vice President Joe Biden wears a face mask to protect against the spread of the new coronavirus as he and Jill Biden depart after placing a wreath at the Delaware Memorial Bridge Veterans Memorial Park, Monday, May 25, 2020, in New Castle, Del. Biden could mathematically secure the Democratic presidential nomination Tuesday in the  middle of a pandemic. (AP Photo/Patrick Semansky)

“I will stay on the ballot in all remaining states and continue to gather delegates,” the senator said while announcing the end of his presidential bid. “We must continue working to assemble as many delegates as possible at the Democratic convention where we will be able to exert significant influence over the party platform and other functions.”

Because the Democratic Party allocates its primary delegates proportionally, it remains to be seen if Biden will get a sufficient percentage of the vote Tuesday to secure the nomination, or if he will have to wait a little bit longer.

Indiana postponed its primary, which was originally scheduled for May 5, to June 2.

Rep. Susan Brooks, R-Ind., represents Indiana’s 5th Congressional District, but announced her retirement last year. The Cook Political Report rates the race to replace her as ”lean Republican,” meaning the quality of the candidates emerging from the primaries could affect the potential outcome.

Victoria Spartz appears to be the front-runner on the Republican ballot. She is endorsed by groups like the National Rifle Association and Freedomworks For America. For Democrats, the Democratic Congressional Campaign Committee (DCCC) backed Christina Hale, a former state legislator, signaling that the party thinks she is its best chance to flip Brooks’ seat.

Maryland’s election day was moved from April 28 to June 2 because of the coronavirus, on orders from Gov. Larry Hogan.

Maryland doesn’t have any competitive House races, is not electing a senator this year and will not be voting for any statewide offices. There are two potential points of intrigue in the state’s congressional primaries, however.

Rep. Kweisi Mfume, D-Md., took over late Rep. Elijah Cummings’ seat in the state’s 7th Congressional District earlier this year in a special election. Mfume, a civil rights icon like Cummings, formerly held the seat in the 1990s before leaving to be the president of the National Association for the Advancement of Colored People (NAACP).

But his victory in a February Democratic primary and then an April special election that was held by mail didn’t tamp down Democratic interest in that House seat, and he faces several challengers on Tuesday, including Cummings’ widow, Maya Rockeymoore-Cummings.

Mfume is the favorite in the primary and is raking in most of the endorsements, but Rockeymoore-Cummings’ campaign has amplified reports from the Baltimore Sun of a decade-plus old allegation of sexual harassment against Mfume from his time at the NAACP.

On the Republican side, the 6th Congressional District could be of interest. Incumbent Democratic Rep. David Trone is highly likely to win reelection in November, but the state’s congressional map could shift come 2022, and Trone’s district would likely be at the top of the list for changes that would make it far more competitive.

That district was severely gerrymandered after the 2010 census, which led to longtime Republican Rep. Roscoe Bartlett being voted out of office in favor of former Democratic Rep. John Delaney. That triggered a legal fight which the Supreme Court ended last year by ruling courts could not involve themselves in “partisan gerrymandering,” leaving the map in place.

But Hogan, a Republican, has sworn he will fight against gerrymandering, and his influence could help make the previously safely Republican district much more competitive in the next decade.

This means the winner of the Republican primary, which is between state delegate Neil Parrott, geologist Chris Meyyur and Army veteran Chris Caldwell, will get a full election season to gain name recognition in preparation for a potential 2022 run.

Montana was originally slated to hold its primary on June 2, and voters will choose their nominees for two national offices Tuesday.

Sen. Steve Daines, R-Mont., is up for reelection and he is being challenged by Montana Gov. Steve Bullock, who ran a failed campaign for the Democratic presidential nomination. The primary should be a yawner – both Bullock and Daines are heavy favorites because of their national profiles – but it will make official what will be a closely watched showdown in November that could influence the balance of the U.S. Senate.

Separately, Rep. Greg Gianforte, R-Mont., is leaving open his at-large House seat to pursue the state’s governorship. That leaves six Republicans battling to assume the party’s mantle for Congress in November. Matt Rosendale, the Montana state auditor who is running for the seat in Congress, is backed by the House Republicans’ campaign arm, the National Republican Congressional Committee (NRCC), as part of their “Young Guns” program.

New Mexico is holding its primary as scheduled and will see candidates fighting it out for retiring Democratic Sen. Tom Udall’s seat.

The Republicans running for the seat are Choctaw Nation member Gavin Clarkson, who previously was a member of the Trump administration as the Deputy Assistant Secretary for Policy and Economic Development – Indian Affairs; Elisa Martinez, the founder of the New Mexico Alliance for Life; and meteorologist Mark Ronchetti.

Rep. Ben Ray Lujan, D-N.M., is the only Democrat still running for the Senate seat. He is a family member of New Mexico Democratic Gov. Michell Lujan Grisham.

Pennsylvania postponed its election from April 28 to June 2, and the state will hold primaries in a number of congressional elections that are slated to be competitive in the fall.

According to the Cook Political Report, Reps. Connor Lamb, D-Pa., Susan Wild, D-Pa., Matt Cartwright, D-Pa., Scott Perry, R-Pa., and Brian Fitzpatrick, R-Pa., are all set for potentially nailbiting reelection fights come November, placing a premium on the primary races for the right to oppose them.

The DCCC has backed state Auditor General Eugene DePasquale in a run against Perry and the NRCC has backed combat veteran Sean Parnell against Lamb.

Republican Heather Heidelbaugh is running unchallenged for the party’s nomination against state Democratic Attorney General Josh Shapiro, and Tuesday’s election will officially set up the matchup for November.

Rhode Island’s election was also rescheduled from April 28, and there won’t be much news made there on Tuesday.

Sen. Jack Reed, D-R.I., is up for reelection, but the primary elections for his seat and the state congressional races – none of which are considered competitive – won’t happen until September. The state is only holding its presidential primary on June 2.

South Dakota is holding its primary as scheduled, but there aren’t any competitive federal or major statewide races.

Incumbent Sen. Mike Rounds, R-S.D., will likely fend off primary challenger and state lawmaker Scyller Borglum. The only Democrat running against him, state legislator Dan Ahlers, will make his nomination for the seat official, but faces an uphill battle in the red state this November.

The main event for Washington, D.C. voters on Tuesday, which is the district’s original election day, is their city council election. The district also elects a delegate to the U.S. House of Representatives, but no Republicans are running for the position and only one Democrat is on the ballot.

Iowa is the only state that will not be voting for presidential nominees on Tuesday. It holds the first-in-the-nation caucuses in February, which were just barely won by former South Bend, Ind., Mayor Pete Buttigieg after a vote-counting fiasco that threw egg on the face of the state’s Democratic party.

Now, voters will choose their nominees in primaries for four competitive congressional races, including one open seat and the seat currently held by Rep. Steve King, R-Iowa, whose comments on race have made him a pariah within his own party.

Several Republicans are challenging King, whom House Republicans have stripped of his committee assignments over past comments decried as racist. But House Minority Leader Kevin McCarthy, R-Calif., has refused to step into the primary in favor of anyone in particular. Meanwhile, according to an NPR report, Iowa Republicans remain divided among who should replace King — with multiple candidates including former county supervisor Jeremy Taylor and state legislator Randy Feenstra having significant support in the primary.

Powerful Republican Sen. Joni Ernst is also up for reelection and is in Democrats’ crosshairs as they aim to take back the Senate.

Theresa Greenfield is the main Democratic challenger to Ernst and has been doing very well at fundraising, according to The Hill. She’s likely to officially secure the party’s nomination Tuesday.

Connecticut and Delaware had previously rescheduled their primaries for June 2, then moved them again for future dates.

An election during a pandemic

While the election delays were put into place at a time when states didn’t know when they would face the worst of the pandemic, every state in the union started lifting at least some of the restrictions associated with their coronavirus lockdown orders aimed at slowing the spread of the virus.

Nevertheless, states have put a heavy emphasis on conducting their elections via mail-in ballot. The Maryland elections website notes that every registered voter for the June 2 primaries should have gotten a mail-in ballot sent to them in mid-May. Indiana Secretary of State Connie Lawson has highlighted the fact her state has gotten over 500,000 absentee ballots and seen nearly 30,000 early voters.

There are in-person voting options, however, and states are taking precautions to prevent the spread of the coronavirus among voters — something that Wisconsin appeared to show was possible with its April 7 primary, which resulted in no spike in the state’s coronavirus infection rate, according to a study reported by the Wisconsin State Journal.

Rhode Island, for example, is giving each poll worker five pairs of gloves, two face masks and a bottle of hand sanitizer. It’s also encouraging voters to wear masks and distributing 100 masks to each polling place. Additionally, tables and voting booths will be placed more than six feet apart, voting booths will be sanitized once per hour, and the number of people in the polling place will be capped at 20 percent of the room’s capacity.