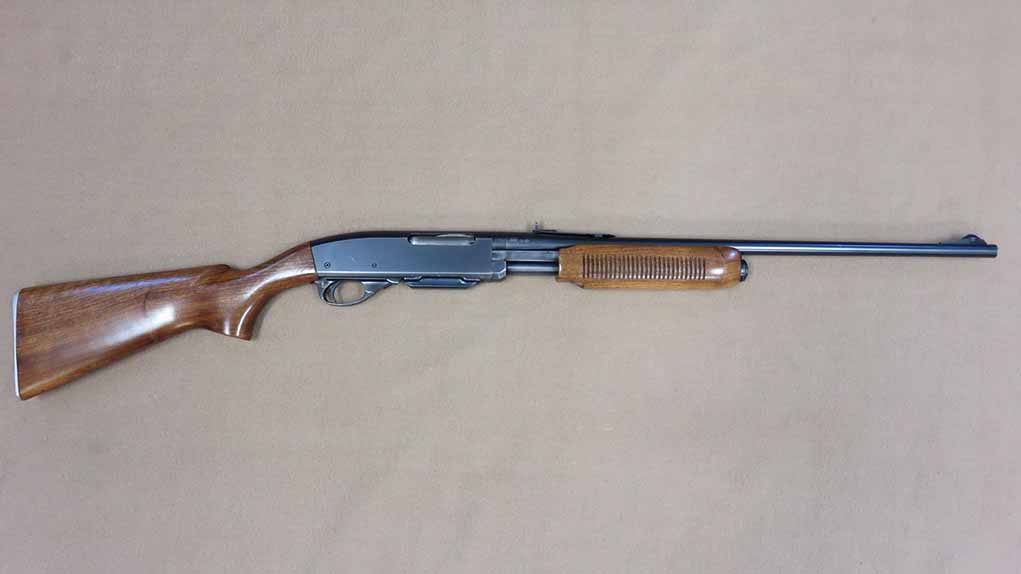 The Remington Model 760 was exceptionally accurate and fast shooting, but was far from the first pump-action gem “Big Green” turned out.

What Are The Advantages Of The Pump-Action Rifle:

The slide-action, or pump, firearm has often been described as uniquely American. While the first patent for the design was issued in the 1850s in England, pump guns—both shotguns and rifles—never really caught on in the United Kingdom or Europe. Many shooters “across the pond” look upon them with disdain, as do some in the United States. Yet, others swear by them.

The pump has many advantages: It’s the fastest and easiest to use of the manually operated actions; it’s ambidextrous (although empty cases are ejected into the lefty shooter’s field of view); and the operation gives the pump the ability to use ammo loads of varying power that a semi-auto would fail to cycle.

Slide-action fans have been compared to drivers who prefer a stick shift transmission. Some people just prefer a hands-on relationship with things. There are hunters who have nothing but slide-action shotguns, rimfires and centerfire rifles in their gun safes. If you like a pump, you like a pump.

Remington has a long history with slide-actions. What was called the Remington Repeating Shotgun was introduced in 1908. Two years later, it was renamed the Model 10.

Remington pump shotgun designs evolved through the first half of the century. Several popular models were offered: the Model 17, 29 and the 31. Then, in 1950, the great Model 870 was announced. It is still in production, with more than 11 million sold, making it the most manufactured shotgun in firearms history.

Slide-action rifles became a part of Remington’s legacy in 1909 with the introduction of the Model 12 .22 rimfire. It evolved into the 121 in the 1930s and was replaced in the ‘50s by the 572, which is still in production today.

The focus of this month’s column is the Remington centerfire slide-action family of firearms.

The Model 760 introduced several improvements over the 141, including dual-action bars and a detachable magazine that allowed the use of spitzer bullets. The standard model came with a 22-inch barrel, but there was also a carbine version with an 18½-inch barrel.

The slide-action Model 760 was an accurate rifle and was able to keep up with the famous bolt-action target guns. In 1961, a U.S. shooter won the double-shot aggregate at the World Championship in Oslo, Norway, with a 760, and another took second place in the single-shot World Championship in Cairo, Egypt. 1

The Model 760 remained in production until 1981, when it was replaced by the Model 7600. Over its 28-year run, 1,034,462 Model 760 Gamemasters were manufactured. This included several Deluxe and High Grade models, such as Remington’s Peerless and Premier grades, which featured extensive engraving. 2

Some of the rarer calibers are worth a considerable premium over standard chamberings.

The article originally appeared in the October 2019 issue of Gun Digest the Magazine.