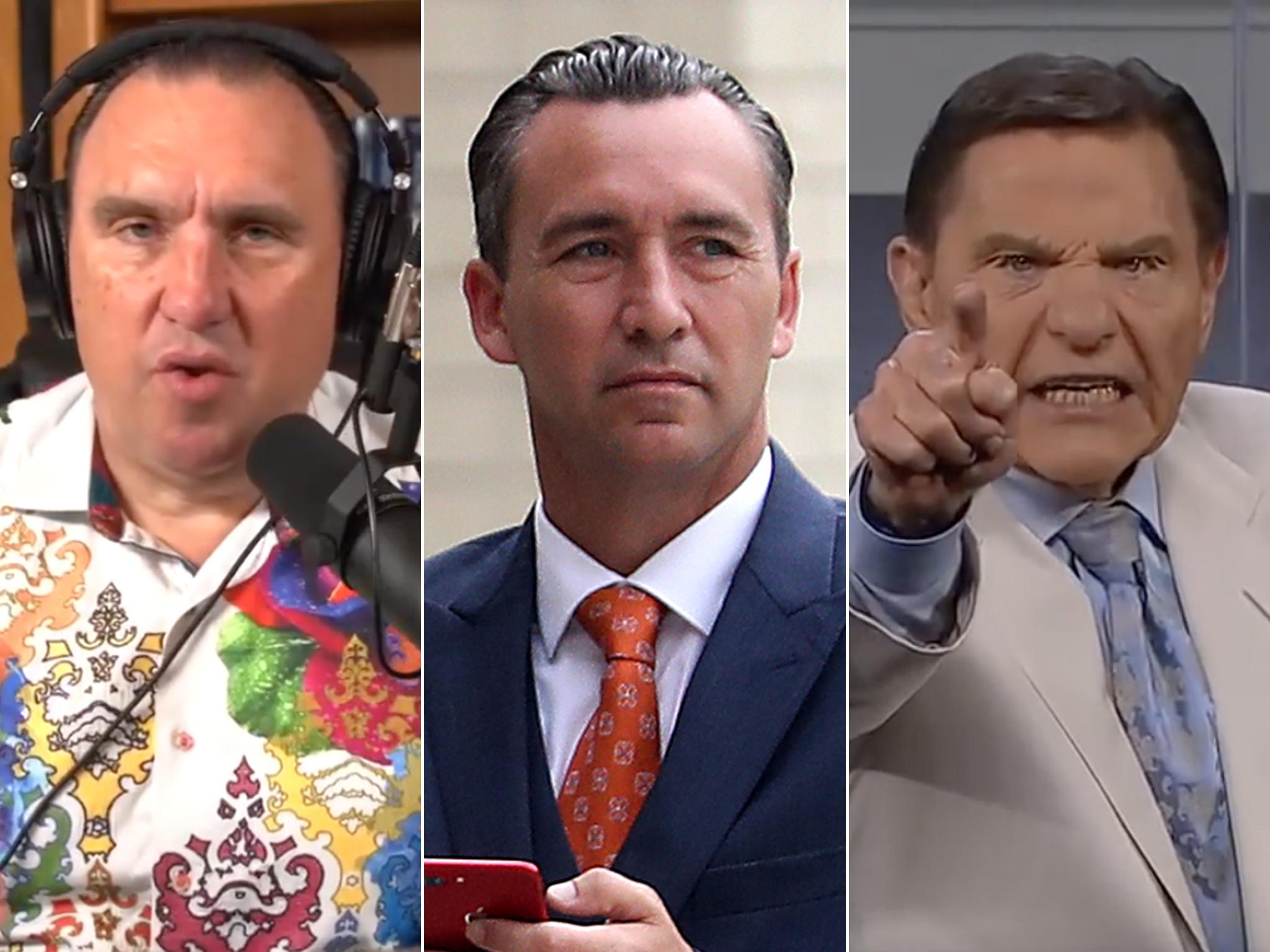 Dozens of pastors across the Bible Belt have succumbed to coronavirus after churches and televangelists played down the pandemic and actively encouraged churchgoers to flout self-distancing guidelines.

As many as 30 church leaders from the nation’s largest African American Pentecostal denomination have now been confirmed to have died in the outbreak, as members defied public health warnings to avoid large gatherings to prevent transmitting the virus.

Deaths across the US in areas where the Church of God in Christ has a presence have reportedly stemmed from funerals and other meetings among clergy and other church staff held during the pandemic.

The tragedy among one of the largest black Pentecostal groups follows a message of defiance from many American churches, particularly conservative Christian groups, to ignore state and local government mandates against group gatherings, with police increasingly called in to enforce the bans and hold preachers accountable.

The virus has had a wildly disproportionate impact among black congregations, many of which have relied on group worship.

Yet despite the climbing death toll, many US church leaders throughout the Bible Belt have not only continued to hold services but have urged worshippers to continue paying tithes — including recent stimulus checks — to support their mission.

Bishop Gerald Glenn, founder and leader since 1995 of the New Deliverance Evangelistic Church in Chesterfield, Virginia, was the first black chaplain of the town’s police. He had vowed to continue preaching “unless I’m in jail or the hospital” before his death from coronavirus earlier this month.

The bishop told his congregation that he believes “God is larger than this dreaded virus” just days before Virginia Governor Ralph Northam urged people to avoid “nonessential” group gatherings.

During a 15 March service, which nearly 200 people attended, the bishop said: “I’m glad to be in the Lord’s house. It didn’t have to be this way. The government could have said we couldn’t gather at all. Just imagine if the government had the authority to say, you and me, we can’t go to church. Aren’t you glad you were free to get up and come?”

Most congregations are following stay-at-home guidelines, according to recent polling that found that nearly 90 per cent of congregations have closed their churches and been encouraged to worship at home.

But 20 per cent of parishioners say they’re encouraged to attend in-person services, and another 17 per cent continue to do so. The survey found that evangelicals were more likely to report worshipping in person. In states with restrictions on attending church as well as those without, nearly a third of church-attending evangelicals said they continued to attend in person.

Though many Christians have continued to practise their faith at home or by watching live-streamed services held in empty churches, places of worship across the US have been linked to several outbreaks.

A report from the Centers for Disease Control and Prevention showed how religious services in particular can be deadly vectors for the disease.

The CDC illustrated how a Chicago funeral became a “super-spreader event” that “played a significant role in transmission” of the virus.

Among several people who became ill following the service, one patient who developed Covid-19 symptoms two days after attending the funeral was hospitalised a week later and put on a ventilator. The patient later died.

Florida Pentecostal pastor Rodney Howard-Browne held several services in packed churches despite warnings from health officials and doctors to avoid large gatherings to prevent spreading the disease, which he called a “phantom plague” before his arrest for violating social distancing rules.

Hillsborough County Sheriff Chad Chronister said that the pastor’s “reckless disregard for human life put hundreds of people in his congregation at risk” along with thousands of Florida residents.

He said: “Religious people should not be singled out for disfavoured treatment.”

The right to worship has emerged as one of the chief battles within the looming culture war brought on by the coronavirus, dramatically emphasising the outsized role of fringe American conservatism across the US and in the White House.

The pandemic has also renewed defence of the Second Amendment, with the National Rifle Association claiming lockdowns during the pandemic a chance for “them” to “want your guns”, while gun stores are closed along with other “nonessential” businesses. The claims have been echoed by Donald Trump in his string of tweets to “liberate” states with Democratic governors, including Virginia, where he said gun rights are “under siege”. Republican officials have also used the crisis to close abortion clinics and deny abortion care under government orders to halt nonelective procedures.

Roy Moore, who was endorsed by the president during his failed bid for a senate seat in Alabama, defended Louisiana pastor Tony Spell after he was charged for continually shunning a statewide ban on large gatherings.

His Life Tabernacle Church has been linked to at least one death from coronavirus.

The East Baton Rouge Parish coroner determined that the death of a 78-year-old man who had visited the church was due to Covid-19. The pastor has said the results are “a lie.”

Mr Spell has been embroiled in a legal battle over his opposition to the state’s stay-at-home order, stressing to his followers that it’s their “duty” to continue attending church services despite the pandemic.

He was recently arrested and charged with aggravated assault for allegedly attempting to back over a protester with his church bus. He said he’s not guilty.

His attorney Jeff Wittenbrick was admitted to Baton Rouge General hospital last week with a high fever and persistent cough after attending two events at the church earlier this month.

Mr Spell, meanwhile, had planned to host a 2,000-member service on Easter Sunday.

Central Police Department Chief Roger Corcoran said he had counted about 330 people who entered the church.

Reverend Spell has also directed parishioners to donate their federal stimulus checks — sent out earlier this month to support unemployed and under-employed Americans during the crisis — to his website.

Several other prominent evangelical leaders and televangelists on the Christian right, who rely on miraculous healing in their ministries, have also attempted to capitalise on the crisis.

Kenneth Copeland urged viewers to pay tithes despite losing their jobs amid unprecedented unemployment claims. Jim Bakker pleaded to viewers to donate to his ministry to avoid filing for bankruptcy after he was cut off from credit card processing companies for selling a fake coronavirus “cure” for $80.

But the pandemic has created unprecedented legal friction between state and local governments and churches that conservatives suggest will continue through the quarantine.

This week, a federal court judge in California denied a request from three churches in the state to continue holding in-person services, which one pastor claims are “commanded by scripture” in order for them to “lay hands on people and pray for them”.

Following the ruling, Harmeet Dhillon, who serves on the Republican National Committee for California and as the CEO of Center for American Liberty, said Americans should “count on more restrictions on all your civil rights” with “no end in sight”.