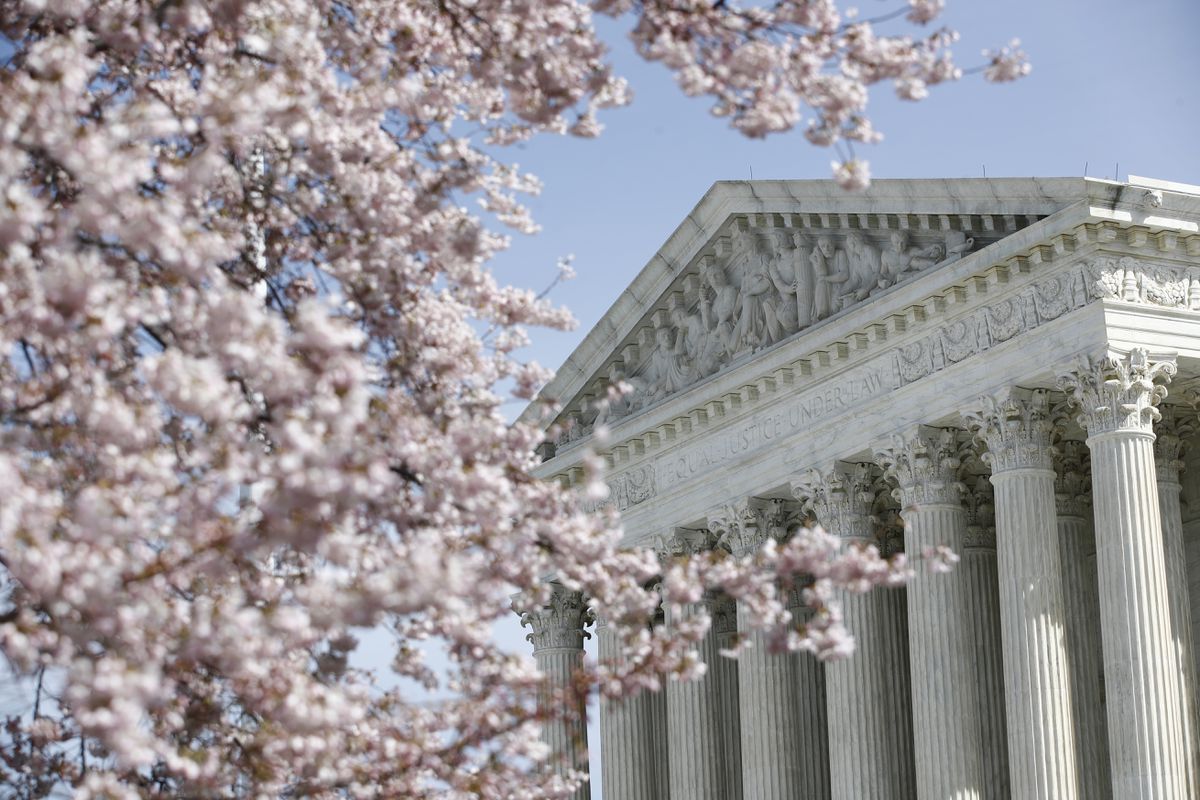 WASHINGTON – The Supreme Court on Monday dismissed a major gun rights case from New York because the law in question has been rescinded, disappointing Second Amendment activists and several conservative justices, who said the court had been manipulated.

The decision dismissing the case was unsigned, but three justices filed a dissent.

“By incorrectly dismissing this case as moot, the court permits our docket to be manipulated in a way that should not be countenanced,” wrote Justice Samuel Alito Jr., joined by Justices Clarence Thomas and Neil Gorsuch.

The controversy involves now-rescinded restrictions unique to New York City about whether citizens who have a license to keep a gun in their homes may transport them to firing ranges outside the city or to a second home in the state.

After the Supreme Court took the case to decide whether those restrictions violated the constitutional right to keep and bear arms, the city got rid of them. Then the state of New York passed a law that would keep them from being reenacted.

The unstated purpose of both the city and state actions might have been to make the case moot and deny conservatives on the court a chance to explore whether there is a right to carry a gun outside the home.

The majority opinion said only that the case was moot, and that arguments made by plaintiffs to try to keep it alive were too late.

Justice Brett Kavanaugh wrote separately to say he agreed with the decision, but that the issue warrants the Supreme Court’s attention.

“I share Justice Alito’s concern that some federal and state courts may not be properly applying” the Supreme Court’s decision recognizing an individual’s right to gun ownership, Kavanaugh wrote.

“The court should address that issue soon, perhaps in one of the several Second Amendment cases with petitions for certiorari now pending before the court.”

The arguments in December on the New York case were the first time the court had considered the limits of gun-control measures since the retirement of Justice Anthony Kennedy, who played a pivotal role between conservatives and liberals on such cases. But most of the discussion involved questions about whether the court still had a live controversy because the restrictions were no longer on the books.

Richard Dearing, representing the city of New York, told the court in November that the city would not undertake “any prosecution or action” based on the now-repealed regulations.

The lawsuit was brought by the New York State Rifle and Pistol Association, an affiliate of the National Rifle Association. Paul Clement, the lawyer representing the association, argued that the case was still live because the new restrictions do not make clear whether his clients could be harmed for making a stop for coffee or to use the restroom while transporting their unloaded weapons to a shooting range, for instance.

The Trump administration had weighed in on the side of the challengers. Deputy Solicitor General Jeffrey Wall said the case was still alive because of the possibility that the plaintiffs in the case could seek damages for having their rights violated by the old transport ban.

The case reached the Supreme Court after the U.S. Court of Appeals for the 2nd Circuit ruled for the city. It said petitioners had not shown there was inadequate access to one of the seven firing ranges in the city, that petitioners could not rent a firearm if they wanted to go to a range elsewhere, or that the upstate homeowner could not get a permit to keep a second handgun there.

The Washington Post’s Ann E. Marimow contributed to this story.