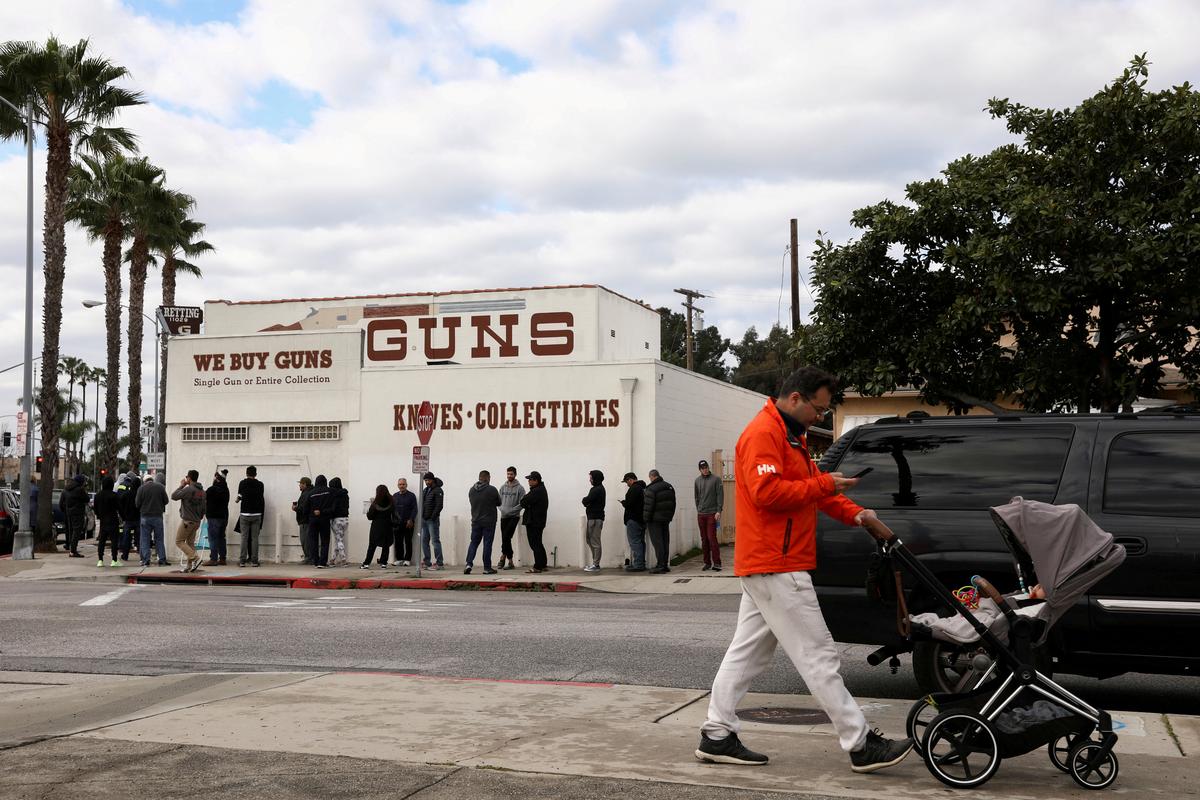 FILE PHOTO: A pedestrian pushes a stroller as people wait in line outside to buy supplies at the Martin B. Retting, Inc. gun store amid fears of the global growth of coronavirus cases, in Culver City, California, U.S. March 15, 2020. REUTERS/Patrick T. Fallon//File Photo

“California’s new ammunition background check law misfires and the Second Amendment rights of California citizens have been gravely injured,” Benitez wrote in the order granting the group’s motion for a preliminary injunction.

The order also described the law as “onerous and convoluted” and “constitutionally defective”.

California Governor Gavin Newsom had supported such legislation from before he took office. His administration was disappointed by the ruling and was considering the next steps, a spokeswoman said.

It was not immediately clear whether the state attorney general’s office would appeal or seek to stay the order.

The lawsuit was originally filed by the California Rifle & Pistol Association and later joined by, among others, U.S. Olympic Gold Medal shooter Kim Rhode.

Gun control advocates in the United States, where gun stores were allowed to remain open, have previously said they feared that an increased ownership of firearms during the coronavirus pandemic could lead to more domestic violence. California has ordered some gun stores to shut during the outbreak.

Last month, the U.S. Supreme Court rebuffed an attempt by gun rights advocates to overturn President Donald Trump’s ban on “bump stocks” – devices that enable semi-automatic weapons to fire rapidly like a machine gun – implemented after a mass shooting in Las Vegas in 2017.

Numerous gun control proposals have been thwarted in the U.S. Congress, largely because of opposition by Republican lawmakers and the influential National Rifle Association gun rights lobby.

Reporting by Kanishka Singh in Bengaluru, Editing by Timothy Heritage