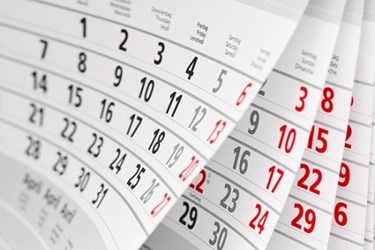 “While your Notice—a patent expression and confession of an unlawful underground regulation and enforcement practice —gets points for creative writing, it fails as a matter of law,” the ‘cease and desist’ letter says. “If you cannot manage to run the firearm and ammunition systems the State demands it to in accordance with constitutional principles, then the State should stop requiring those programs and adding new ones.”

“The people of California are already forced to navigate a horrifying mire of gun control law as it is. That DOJ wants to decree new underground regulations to add on to all the expensive and burdensome requirements evidences a substantial disregard for and disrespect towards the rights of Californians,” said FPC Director of Legal Policy Matthew Larosiere. “Especially given that this was done during a time of national crisis, where the people just want to keep their homes safe with lawfully purchased firearms and ammunition, this unlawful DOJ policy adds insult to injury. Attorney General Becerra and DOJ need to reverse course.”

Attached to our demand letter is a letter from attorney Chuck Michel, on behalf of the California Rifle & Pistol Association, FFLGuard, and hundreds of firearm retailers. We commend Mr. Michel and his clients for their excellent letter, which further details the unlawful nature of DOJ’s actions, and for their courage in standing up to yet another attempt to deprive Californians of their fundamental rights.

“We hope Attorney General Becerra will do the right thing here, but he doesn’t have a very good track record of respecting the Constitution, California’s statutes, and the people in the State” said FPC President Brandon Combs. “After presiding over so many utter disasters, like DOJ’s three-to-zero Court of Appeal loss on a similar unlawful regulation, and the deliberate indifference shown by his DOJ’s ‘assault weapon’ registration debacle that caught the attention of a federal judge, you would think he would want to avoid more trouble.”

“If Attorney General Becerra and his DOJ don’t stop unlawfully delaying firearm and ammunition transfers we will sue them again, just like we, Second Amendment Foundation, California Gun Rights Foundation, and the NRA sued Governor Gavin Newsom in Los Angeles. And we won’t be alone in taking them to court,” Combs concluded.

Individual firearm or ammunition purchasers, retailers, and ranges affected by delays or shutdown orders are encouraged to report their concerns and potential civil rights violations to FPC’s COVID-19 Issue Hotline at www.FPChotline.org.