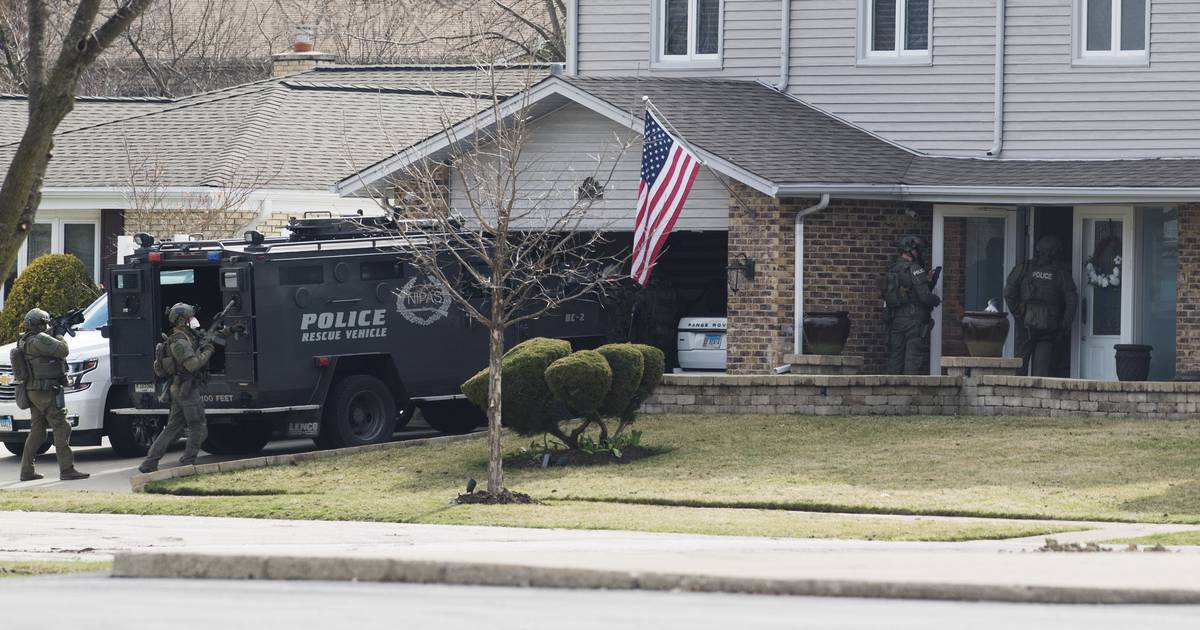 The Arlington Heights homeowner who authorities say fought off one would-be robber Saturday and fatally shot another in self-defense wrote a heartfelt Facebook post thanking the community and police for an outpouring of support.

“It has been the most challenging last few days for our family,” Sebastian Maniscalco wrote Tuesday night on his Facebook page. “There are no words to be found to appropriately define the ongoing aftermath of this event for our family. We are doing our best and praying each following day will bring better than the last.”


Maniscalco, who is related to the comedian by the same name, wrote that he and his wife and two children have been blessed with an outpouring of concern — coming in the form of calls, texts and emails — from family, friends and neighbors. Many have offered to buy groceries and prepare meals, and some have even offered to open up their homes as a place to stay during what’s an already unprecedented time, he wrote.

“This speaks volumes of the GOOD that is out there. This not only touches our souls, it places hope in our hearts. HOPE that we will heal from this event, HOPE that we will one day feel safe again, HOPE that the images and sounds that currently hold us hostage on replay in our minds will begin to fade,” Maniscalco wrote.

“We want each and every one of you that extended your hand to our family to know, we are forever filled with gratitude and heartfelt emotion,” he continued. “You have no idea how much it means to us and how very much your genuine care and concern for our family has been a monumental part of getting us through these days and our journey in healing moving forward. How can we ever say it with the depth it demands, THANK YOU.”

Maniscalco also thanked Arlington Heights police and other law enforcement that assisted with the case, especially the lead detective for helping “bring justice to our family,” he wrote.

Because it’s an open case, Maniscalco wrote on Facebook that he wanted to limit any description of “the horror, terror and fear my family had to endure that day.” He also has not responded to interview requests from the Daily Herald.

Prosecutors say Finnan and the deceased Larry D. Brodacz, 58, of Buffalo Grove pushed their way into the family home on Evergreen Avenue Saturday afternoon and threatened them at gunpoint as part of a robbery attempt.

Finnan told police Brodacz claimed to have seen $200,000 cash in boxes in the home 20 years ago and believed it was still there, but the family did not know either man, prosecutors and police said.

After the intruders forced their way in and pulled guns from their pockets, Maniscalco fought off Finnan and chased him outside, while Brodacz went after the wife and two children in a second-floor bedroom, according to prosecutors’ account.

Brodacz broke the bedroom door, pushed the children onto the bed and pointed his gun at the woman, who pleaded with him not to shoot, prosecutors said.

They say after Maniscalco chased off Finnan, he went to retrieve a handgun from the home’s master bedroom but was struck in the back of the head and a struggle followed.

During the fight, Maniscalco — fearing for his life and his family — fatally shot Brodacz in the stomach, prosecutors said.

Finnan, who was later arrested in Rockford, is charged under a statute that allows defendants to be charged with murder if they take part in a felony offense that leads to another person’s death. If convicted, he could face a life sentence.

Maine Voices: We won’t fix our problems if we can’t fix democracy
7 Ways Government Can Save Money and Keep Employees Safe With a UVC Light Cleaner
A momentous day for gun laws in the U.S.
Florida And NRA Point To Supreme Court Ruling In Gun Case
Florida, NRA point to Supreme Court ruling as they fight over 2018 gun law