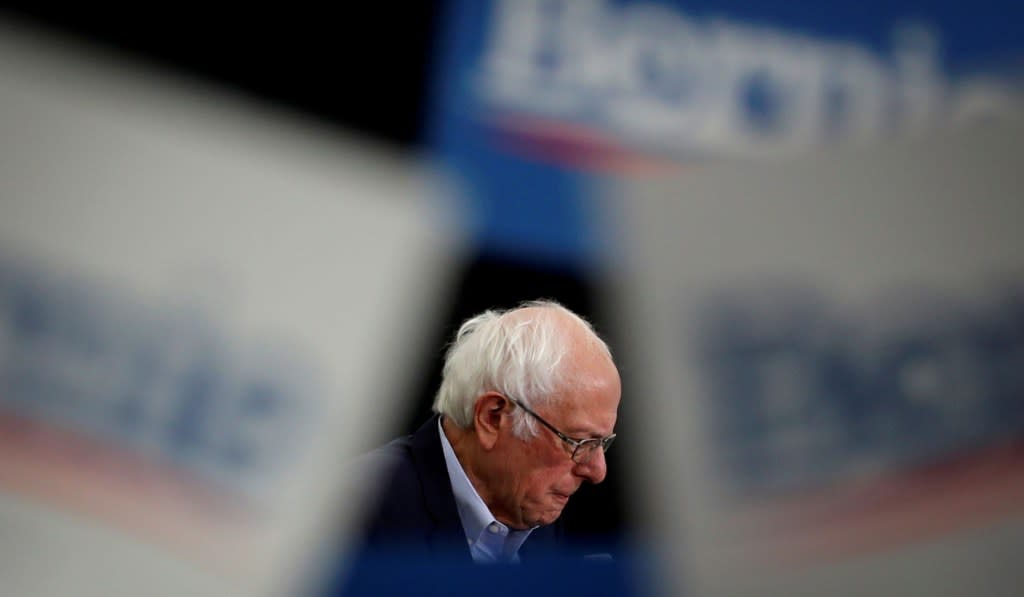 Yesterday, Vermont senator Bernie Sanders officially dropped out of the race for the 2020 Democratic presidential nomination. Despite early successes in Iowa, New Hampshire, and Nevada, Sanders failed to put up much of a fight against Joe Biden after the latter convincingly won South Carolina. And so, for the second campaign in a row, he has come up short against a weak but well-known presumptive front-runner.

In the not-too-distant past, this would have depressed me. When Sanders announced his 2016 presidential campaign, I had never heard of him, but he didn’t take too long to figure out. On economic questions, he was among the left-most political figures ever to achieve prominence in America, and was clearly proud of it. On other issues, he strayed from left-wing orthodoxy in some interesting ways. He evinced a skepticism of open borders and increased immigration that occasionally made him sound downright Trumpy. He had a surprisingly decent record on gun rights. And above all, he actually seemed to believe what he said, which I found a breath of fresh air when juxtaposed with the obfuscation and opportunism of his opponent, Hillary Clinton.

Four years later, my view of the Sanders phenomenon has changed completely. I do not now mourn the end of Sanders’s candidacy, because in his second run for the White House he proved himself to be just another politician: He deemphasized or outright jettisoned his politically inconvenient stances in pursuit of power, while remaining true to a core far-left agenda that, in the absence of that aura of integrity, seems far scarier than it did four years ago.

It was always one of the more striking aspects of Sanders’s rhetoric that he could sound like an immigration hawk. In a 2015 interview with Vox, he famously called open borders a “Koch brothers proposal”:

It would make everybody in America poorer — you’re doing away with the concept of a nation state, and I don’t think there’s any country in the world that believes in that. If you believe in a nation-state or in a country called the United States or UK or Denmark or any other country, you have an obligation in my view to do everything we can to help poor people. What right-wing people in this country would love is an open-border policy. Bring in all kinds of people, work for $2 or $3 an hour, that would be great for them. I don’t believe in that. I think we have to raise wages in this country, I think we have to do everything we can to create millions of jobs.

To be fair, Sanders wasn’t necessarily getting immigration-policy advice from Mark Krikorian. He represented an older strain of left-wing thought that argued against immigration from the perspective of labor unions concerned about multinational corporations and undercut wages. But nevertheless, when he spoke of the issue, he could sound surprisingly like Donald Trump, then rampaging his way through the Republican primaries.

That Bernie Sanders is gone now. His 2020 platform called for “breaking up ICE and CBP and redistributing their functions to their proper authorities,” unilaterally reinstating President Obama’s DACA and DAPA programs, and decriminalizing illegal immigration, among other things. For the most part, he became difficult to distinguish from his Democratic opponents on immigration, except insofar as some of them chased after him as he moved left in the hope of capturing more votes. Thus did this unconventional aspect of his public persona recede.

The story on gun rights is much the same. Vermont is caricatured as a semi-socialist state, and maybe the caricature is accurate. But it also has relatively loose gun laws, and a high rate of per capita firearm ownership. As a representative of the state in various capacities, Sanders has compiled a record that reflects this. The National Rifle Association helped him first win election to the House in 1990, where he would vote against the 1993 Brady Handgun Violence Prevention Act. As a senator, he has supported bills that would allow firearms in checked bags on Amtrak trains. And after the 2012 Sandy Hook massacre, Sanders said, “If you passed the strongest gun-control legislation tomorrow, I don’t think it will have a profound effect on the tragedies we have seen.” Though this record was a source of consternation for an otherwise adoring left in 2016, and was fodder for Hillary Clinton’s campaign, he didn’t run away from it then.

Four years later, the story was very different. A watershed moment came during a February Democratic primary debate, when he was asked about his past vote to protect gun manufacturers from lawsuits pertaining to the use of guns in shootings. “I’ve cast thousands of votes, including bad votes,” Sanders said. “That was a bad vote.” His 2020 platform proposed a buyback program for guns and a ban on assault weapons. In a fitting bookend to his elective career, it also demanded that Democrats “take on the NRA and its corrupting effect on Washington.” Once again, Sanders had tacked left under pressure in search of votes, willingly abandoning a unique part of his persona to the political needs of the moment.

Shorn of the ideological heterodoxies that made him appealing, Sanders was reduced to his essence as a crusader for hard-left economics. When, in 2015, he argued that, “You don’t necessarily need a choice of 23 underarm-spray deodorants or of 18 different pairs of sneakers when children are hungry in this country,” I still regarded his economic platform as a quirk that might inspire him to join with fiscally conservative Republicans to, say, cut corporate welfare. But it wasn’t a quirk at all: He recently expressed disgust at the idea that someone might make money developing drugs to fight the novel coronavirus.

Meanwhile, in his second campaign certain aspects of Sanders’s record that were always there for those who wanted to see them became impossible to ignore. We knew in 2016 that, as mayor of Burlington, the just-married Sanders had visited the Soviet Union on a mission to procure a Soviet sister city that doubled as his honeymoon. Those facts would be more forgivable if he had not offered unqualified praise for Cuban “literacy programs” and the economic progress of Communist China in 2020.

In 2016, smitten with the heterodox left-populist gadfly I thought I’d found, I either did not realize the currency that Sanders’s economic views had in the Democratic Party or did not anticipate the extent of the foothold they would gain in it. This is due mostly to young voters, who in a 2019 Gallup survey thought almost equally well of capitalism and socialism (51 percent to 49 percent). Sanders consistently garnered more support than Clinton from this group in 2016. In 2020, he maintained that support to a certain extent, though it didn’t translate into actual votes as easily as it had before. Both times around, the center of the Democratic Party, such as it is, held. But the young democratic socialists uncovered by his campaigns continue to maintain that they are the future of the party’s politics, and of the country’s.

If they are right, we can be sure that they won’t remember the Bernie Sanders whom I, as an outside conservative observer, once found somewhat compelling. For that Sanders held certain views they would abhor, views that he changed or abandoned when it became politically expedient. And that may be the most disappointing thing about Sanders: In the end, he stands revealed as just another guy all too happy to tell people what they wanted to hear.