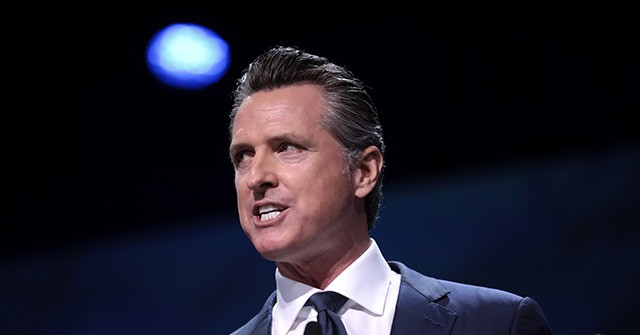 The suit also names Los Angeles County Sheriff Alex Villanueva, who has been vocal about his plans to shut down gun stores.

In compliance with @CAgovernor ‘s Executive Order, Gun & ammunition stores are not considered essential businesses, and will cease to sell to the general public, there are some exceptions. Please see my full statement below: #COVID19 #SaferAtHome #flattenthecurve #LASD #SheriffV pic.twitter.com/XSqk9POEzt

The NRA-ILA’s Jason Ouimet commented on the suit, saying:

Municipalities and states that target lawful gun stores for closure aren’t promoting safety. By weaponizing their politics to disarm you and your loved ones, these shameless partisans are wantonly promoting a gun-control agenda that suffocates your Second Amendment rights when you need them most. NRA members recognize these unlawful power-grabs for what they are, and the National Rifle Association is proud to stand and fight alongside fellow Second Amendment groups who recognize it as well.

California’s attack on fundamental rights in times of emergency must be stopped in its tracks. This case is part of our mission to win firearms freedom one lawsuit at a time. And more, the lawsuits we are filing across the country are making a large number of other states, counties, and cities think twice before closing down essential gun stores.

California’s State and local governments cannot simply suspend the Constitution. This case is one of many actions FPC is taking around the United States to fight for liberty and freedom. The entire FPC team has been and will remain all-hands-on-deck, working around the clock on important efforts to safeguard the People’s individual liberties and property, especially the rights to keep and bear arms, free speech, privacy, and due process. FPC is fully committed to uniting the advocacy space and partnering with organizations and law firms around the country to fight government abuses and defend the People’s right to defend their lives and homes. We especially wish to recognize and thank our incredible members and supporters who make all of our legal action, research, and grassroots activism programs possible.

The lawsuit was filed in the United State District Court for the Central District of California.

AWR Hawkins is an award-winning Second Amendment columnist for Breitbart News and the writer/curator of Down Range with AWR Hawkins, a weekly newsletter focused on all things Second Amendment, also for Breitbart News. He is the political analyst for Armed American Radio. Follow him on Twitter: @AWRHawkins. Reach him at awrhawkins@breitbart.com. You can sign up to get Down Range at breitbart.com/downrange.