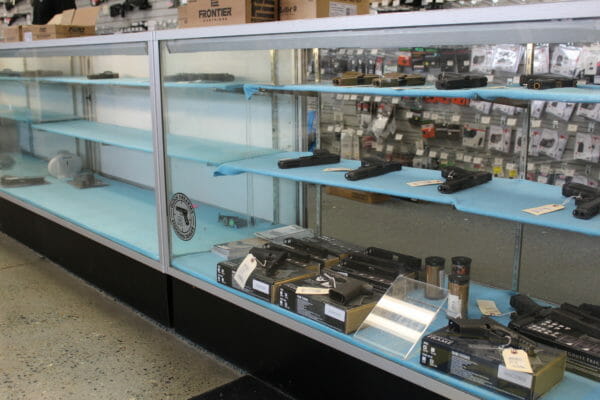 U.S.A. –-(Ammoland.com)- The Second Amendment Foundation’s federal action against New Jersey Gov. Phil Murphy just expanded as several new plaintiffs have been added to an amended complaint, and their attorneys have filed a show cause motion for a temporary restraining order and preliminary injunction, Ammoland News has learned.

SAF appears to be “leading the charge” in the legal arena, challenging gun store shut-down orders.

Murphy and Callahan are being sued in their official capacities. The case, which was filed in the U.S. District Court for the State of New Jersey is known as Kashinsky v. Murphy.

The lawsuit challenges Murphy’s order shutting down so-called “non-essential businesses” that includes an order to close all gun shops. It resulted in the closure of the State Police background check portal on the agency’s website. It also names State Police Supt. Patrick Callahan as a defendant.

There is another development in the case. Attorneys representing SAF and its allies have also filed a show cause motion for a temporary restraining order and preliminary injunction.

According to SAF founder and Executive Vice President Alan Gottlieb, the New Jersey lawsuit isn’t the only action on the table. The organization is also planning legal actions challenging “shutdown” orders in California, Colorado, North Carolina, Delaware and Washington State.

While several other state governors have issued so-called “shelter-in-place” orders shutting down many businesses, those orders have identified gun stores and firearms and ammunition suppliers as “essential businesses.”

“Ten years ago,” Gottlieb said in a statement announcing the amended New Jersey complaint, “The U.S. Supreme Court proclaimed that the Second Amendment is not a ‘second-class right’ but it’s being treated that way in New Jersey. The right to keep and bear arms is not subject to the whims of any state official, and it’s time for that message to be delivered clearly by the federal courts.”

There has been no small amount of activity on this front since the COVID-19 “pandemic panic” set in several days ago. Among the more startling was the sudden about-face by Los Angeles County Sheriff Alex Villanueva over the course of 24 hours.

Sheriff Villanueva initially ordered all gun stores in his county to close. However, he reversed course the following day after reportedly learning “that the county’s legal counsel had issued an opinion that such stores were essential businesses,” according to the Los Angeles Times.

That newspaper has also reported that the L.A. County Board of Supervisors “is taking steps to remove Sheriff Alex Villanueva as the head of the county’s emergency operations center during the coronavirus outbreak.” The sheriff called the move a “pure power grab at the worst time possible.”

The Los Angeles Daily News reported that “The county’s counsel, Mary Wickham, said in a statement Tuesday that the county considered gun shops as ‘essential’ businesses during the stay-at-home orders.”

Gun ranges in Washington State have also closed, and at least two cities have considered enacting emergency ordinances with language that would forbid the carrying of firearms. Gun rights advocates say that would violate the state’s 35-year-old model preemption statute and the state constitution’s right-to-bear-arms provision. Here’s what Washington State law says:

The state of Washington hereby fully occupies and preempts the entire field of firearms regulation within the boundaries of the state, including the registration, licensing, possession, purchase, sale, acquisition, transfer, discharge, and transportation of firearms, or any other element relating to firearms or parts thereof, including ammunition and reloader components. Cities, towns, and counties or other municipalities may enact only those laws and ordinances relating to firearms that are specifically authorized by state law, as in RCW 9.41.300, and are consistent with this chapter. Such local ordinances shall have the same penalty as provided for by state law. Local laws and ordinances that are inconsistent with, more restrictive than, or exceed the requirements of state law shall not be enacted and are preempted and repealed, regardless of the nature of the code, charter, or home rule status of such city, town, county, or municipality.

The National Shooting Sports Foundation has reportedly asked the White House and Department of Homeland Security, along with governors and local officials “to classify gun and ammunition dealers and manufacturers as essential businesses that must remain open.”

Meanwhile, as Americans hunker down for what could be a “stay home” situation that could last well into the Spring, SAF appears to be leading the charge to challenge any “shut down” order that includes gun shops.