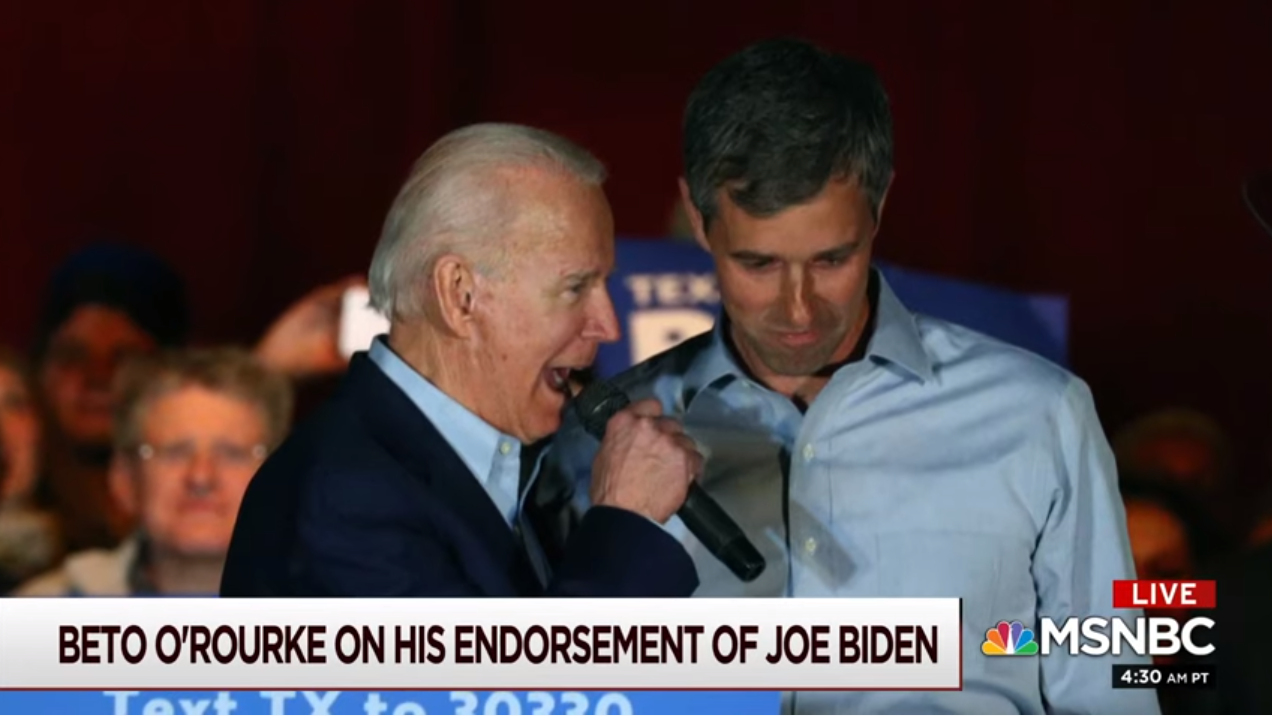 United States – -(AmmoLand.com)- If there is one development from the 2020 presidential primaries that Second Amendment supporters should view with concern, it is the fact that confiscation of modern multi-purpose semiautomatic firearms was not an immediate non-starter for those running for national office. If anything, it is, if not embraced, tolerated among one of the major political parties in the United States.

The candidate responsible for this was Representative Eric Swalwell (D-CA), whose presidential campaign didn’t even make it to Iowa. The idea of an Australia-style ban on modern multi-purpose semiautomatic firearms was picked up by Beto O’Rourke, now designated as Joe Biden’s gun-control czar should Biden win the White House, after the El Paso shooting.

His agenda went further than the ban, but he has backed up his campaign trail talk with the action of filing a bill, HR 2959, the Freedom from Assault Weapons Act. Swalwell began to push an Australia-style gun ban in 2018. However, he did not introduce legislation until the 116th Congress, which was controlled by Democrats.

That tactic is not unusual. Representative Bobby Rush has sporadically introduced the Blair Holt Firearm Owner Licensing and Record of Sale Act, usually when Democrats had control of at least one house of Congress. The only exception was in 2018, in the wake of the Parkland shooting.

Swalwell’s intentions may have been known, but the text of his legislation gives us an idea of how he intended to implement the ban. There is a lengthy list of firearms banned by name – and it goes far beyond the AR-15. Among the banned semiautomatics are copies of the famous Thompson submachine gun, Hi-Point’s affordable pistol-caliber carbines, and even Kel-Tec’s collapsible SUB-2000 rifle. Even if the semiauto in question is in .22 long rifle, it is banned.

In addition to the named firearms, there are generic characteristics that will put the firearm on the banned list. This is not like 1994 – if it even has one item on a list of features, you will have to turn it in if the bill becomes law and is upheld. A lot of standard-capacity magazines will also be banned if Swalwell’s bill is enacted.

Swalwell’s bill does list a number of firearms that are exempted – but it should be noted no handguns whatsoever are on that list. How generous of the Congressman, he’s not completely stripping away our rights.

Three months after the bill is enacted, BATF is to start a buyback program that will last for two years. At which point, you get back the retail price of the firearms you have to turn in. This is supposed to expiate the injustice of being punished for crimes and acts of madness Americans who exercised their Second Amendment rights did not commit.

Second Amendment supporters instinctively understand no amount of money can make such an injustice right. This is a bill that can only be opposed, and when they contact their Senators and Representative, Second Amendment supporters should politely but firmly impress upon them that this is one bill on which no compromise or middle ground exists. The only correct course is for this bill to be voted down, or filibustered.

Writer Harold Hutchison has more than a dozen years of experience covering military affairs, international events, U.S. politics and Second Amendment issues. Harold was consulting senior editor at Soldier of Fortune magazine and is the author of the novel Strike Group Reagan. He has also written for the Daily Caller, National Review, Patriot Post, Strategypage.com, and other national websites.