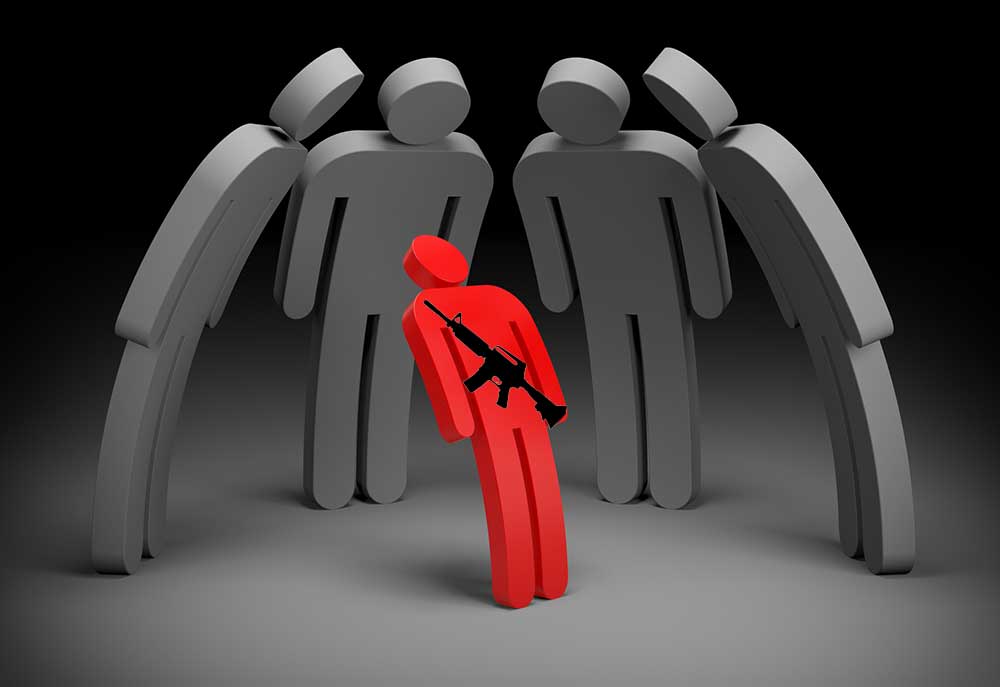 USA – -(AmmoLand.com)- The one word that best describes Mike Bloomberg, is “Authoritarian.”

Many – including Democrats, Republicans, and others – were pleased and relieved to see him end his campaign for President. But just because he’s no longer a candidate and is a half-billion-dollars poorer for the effort, don’t think for a moment that he’s no longer a threat to Second Amendment rights and to the Republic. When Mike Bloomberg first popped up on my radar with his Illegal Mayors Against Guns, he was reported to have a net worth of around $26 billion. Today, after donating well over $2 billion to various causes, and spending another half-billion on his failed presidential bid, Bloomberg’s net worth is estimated to be around $57 billion.

You can bet that a big chunk of that money will still be working against your rights long after Little Mike is long gone from this world.

During his short-lived presidential campaign, there was a lot of talk about Bloomberg’s “Stop & Frisk” policies during his time as Mayor of NYC. Much noise was made about his “recently discovered” comments to the Aspen Institute about that policy (which AmmoLand news reported on and I wrote about back in February of 2015), with quite a few folks on “our side” grudgingly agreeing with Bloomberg on this particular issue. After all, it is true that a disproportionate percentage of violent crime involving firearms in New York City, and many other large U.S. cities, is perpetrated by black and Hispanic young men, so it seems rational for the NYPD to focus their “Stop & Frisk” efforts on that demographic.

Looking back on my 2015 article, I think I was off-target a bit, and missed the most important point. While Bloomberg’s attitude and policy was indeed racist, or at the very least, elitist, the most disturbing thing about it is how “Stop & Frisk” punishes the innocent many for the crimes of the guilty few, just like gun control laws do.

Bloomberg argues that X number of guns were taken off the street, and that fear of being snagged by the police probably caused many young thugs to “leave their guns at home.”
Okay, but how many people were inconvenienced, insulted, humiliated, degraded, and physically violated – and in some cases physically harmed – by his policy?

Looking for a needle in a haystack requires sifting through and examining each piece of straw. Even employing a magnet still requires significant disruption of the haystack, and the same is true for active enforcement of gun control laws, including New York City’s ban on concealed carry. It is simply not possible to enforce these laws, especially with the use of aggressive tactics such as “Stop & Frisk,” without harassing and abusing thousands of innocent people for each “criminal” act exposed.

Bloomberg’s logic involves multiple haystacks, dividing people up into ethnic groups, age groups, and socioeconomic groups, based on observation and opinion of the cops involved. He told his police to concentrate most of their attention on lower-income, black and Hispanic young men between the ages of 15 and 30, in high-crime neighborhoods, because, when you’re hunting ducks, you go where the ducks are.

Gun control laws in general take this same sort of approach, but naturally focus on different haystacks. If your mission is to find people violating gun control laws, the natural tendency will be to focus your attention where the guns are – never mind whether those guns are at risk of being used in a crime. The rationale behind the passage of the laws is quickly lost. The objective becomes enforcing the gun restrictions, rather than preventing the underlying “gun crimes” that triggered those restrictions. So, in the name of reducing mass murder, armed robbery, aggravated assault, murder, suicide, etc., law enforcement agencies target regular, peaceable gun owners, who might have slipped-up in following some obscure law.

I recall a case in New Jersey, prior to the passage of the Firearm Owners Protection Act, where a judge ruled that an NRA sticker on the window of an out-of-state vehicle on I-95, constituted probable cause for police to stop and search that vehicle for firearms. Similarly, friends who have traveled to Canada have related stories of having Canadian border guards conduct detailed searches of their vehicles based on the presence of an NRA sticker on their bumper.

The victims of this sort of harassment are people that the police doing the harassing would readily admit are unlikely to commit any sort of violent crime, with or without a gun, but they appear to the enforcers to be people who might be likely to own a gun, and therefore worth taking the time to thoroughly search them.

We often hear gun control advocates say something like; “If it saves just one life, it’s worth it.” But how many lives are lost because people are unable to defend themselves, thanks to some irrational firearm restriction, and how many more lives are seriously harmed, with arrests, prosecutions, prisons, legal expenses, etc., for some minor infraction involving possession or transport of a firearm? But well beyond that, how many innocent people are debased, threatened, humiliated, delayed, and otherwise stressed and inconvenienced by authorities detaining and searching them, on the chance that they might have a gun stored in the wrong compartment of their vehicle, have a magazine that carries one too many rounds, or they stopped to eat at a truck stop on the wrong side of a state line? In the meanwhile, what crimes go uninvestigated because scarce police resources are dedicated to enforcing paperwork gun crimes?

The vast majority of the people that Mike Bloomberg’s police threw against a wall and frisked looking for guns, were unarmed and innocent. Occasionally finding a gun or illegal knife, does not justify that abuse.

The vast majority of Americans who are forced to jump through legal hoops and prove their own innocence before they can purchase or carry a firearm, and who face an ever-present threat of being targeted and harassed for exercising their constitutionally protected rights, are good, responsible citizens who would never commit any sort of violent crime.

Meanwhile, real criminals do what criminals have always done; they skirt the laws, ignore the “No Guns” signs, avoid the cops, and acquire the tools of their trade from fellow criminals – like the guys they buy their illegal drugs from.

Jeff Knox is a second-generation political activist and director of The Firearms Coalition. His father Neal Knox led many of the early gun rights battles for your right to keep and bear arms. Read Neal Knox – The Gun Rights War.

The Firearms Coalition is a loose-knit coalition of individual Second Amendment activists, clubs and civil rights organizations. Founded by Neal Knox in 1984, the organization provides support to grassroots activists in the form of education, analysis of current issues, and with a historical perspective of the gun rights movement. The Firearms Coalition has offices in Buckeye, Arizona and Manassas, VA. Visit: www.FirearmsCoalition.org.