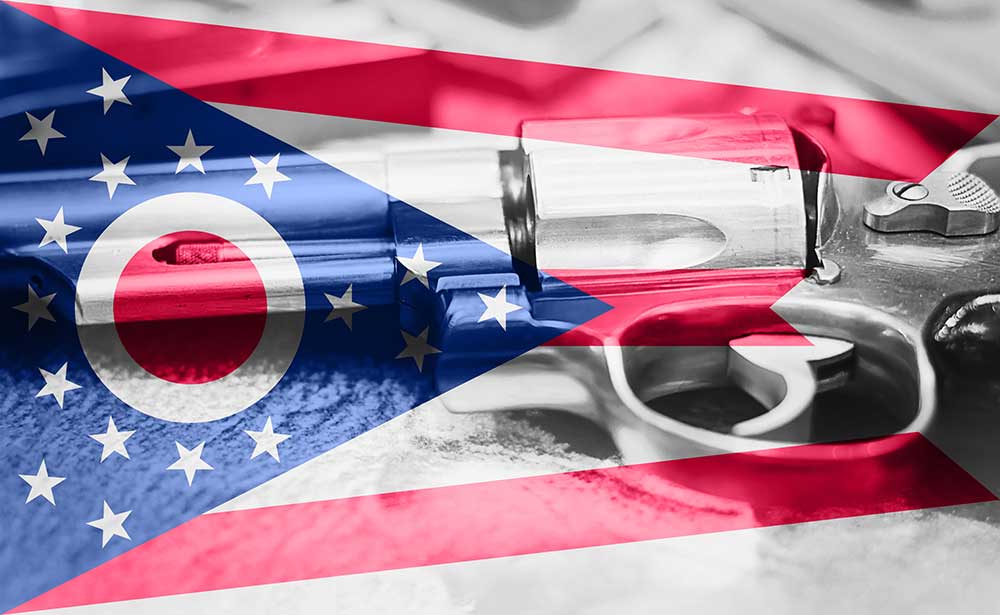 U.S.A. –-(Ammoland.com)- In Ohio, about one out of 18 citizens have a permit to carry a concealed firearm in public. That says quite a lot since a noticeable number of Ohio citizens are not eligible for a permit. Those statistics also hide a terrible truth. The concealed carry laws in Ohio disarmed over a million eligible adults. The results are exactly what you’d expect after we denied the right of armed defense to law abiding citizens.

Because of Ohio laws, thousands of additional victims, including hundreds of rape victims, were disarmed when they were attacked. Is it worth it?

5.4% of the Ohio population has their permit to carry a concealed firearm in public. About two-thirds of us are eligible to vote, so a conservative estimate is that six-out-of-ten citizens could get a carry permit if they wanted one. The people who don’t have a permit might be too young, or they might be so old that they don’t want to carry any longer and let their permit expire. Some citizens have a disqualifying legal offense. Considering all that, one-out-of-18 citizens in Ohio with a permit doesn’t seem so bad.. until we look at the rest of the United States.

About 20 million US citizens have their carry permits. That puts the national average at about one-in-15 people. Those national statistics don’t count the 17 million eligible adults living in constitutional carry states where government permission is not required to carry concealed in public. Critics argue that constitutional carry, also called permitless carry, is dangerous. Contrary to our imagination, the amount of firearms training goes up in states that removed the minimum requirements to carry a firearm. Inadvertently, the requirements for a state permit formed a floor. Civilian gun owners wanted more training to feel competent once that minimal requirement was removed. We don’t know how many people carry concealed in constitutional carry states, but we have some estimates.

Why does that matter to the citizens of Ohio? We all want to be safer. The Ohio permit requires 8 hours of training and costs about $120. That doesn’t seem like a lot, but the results are dramatic.

The costs we impose on honest citizens to carry in public reduced the number of people who got their permit. More law-abiding adults went disarmed. Compared to the states with high carry rates like Alabama, Ohio disarmed over 1.1 million honest adults. To put that number in perspective, the gun-control laws in Ohio disarmed the eligible adults in Columbus, Cleveland, Cincinnati, and Toledo combined. What do you think would happen if we disarmed the honest adults in those cities?

The good news is that the overall rate of violent crime in Ohio is lower than the USA average. The bad news is that the rate of crime in Cleveland, Columbus and Cincinnati is several times the national average. Even if every city in Ohio were exactly average when it comes to crime, our 1.1 million disarmed citizens became disarmed victims over four thousand times a year, including over 300 disarmed rape victims.

Those disarmed victims were the price we paid for gun control in Ohio. We can also examine Ohio’s murder rate and see what happens to those million honest citizens who were disarmed.

Ohio’s gun-control laws take the tools of self-defense away from 57 murder victims every year.

That is the cost of gun control in Ohio.

We can do better. The cost of a permit in Pennsylvania is about $19. Alabama charges slightly more, but recent legislation eliminated the fees for a permit in Alabama.

In Ohio, we disarmed 57 citizens who are no longer alive to tell us that gun-control disarms the victims. When it comes to saving innocent lives, being average isn’t good enough.

The original article with sources is here. Rob Morse writes about gun rights at Ammoland, at Clash Daily, and on his SlowFacts blog. He hosts the Self Defense Gun Stories Podcast and co-hosts the Polite Society Podcast. Rob is an NRA pistol instructor and combat handgun competitor.