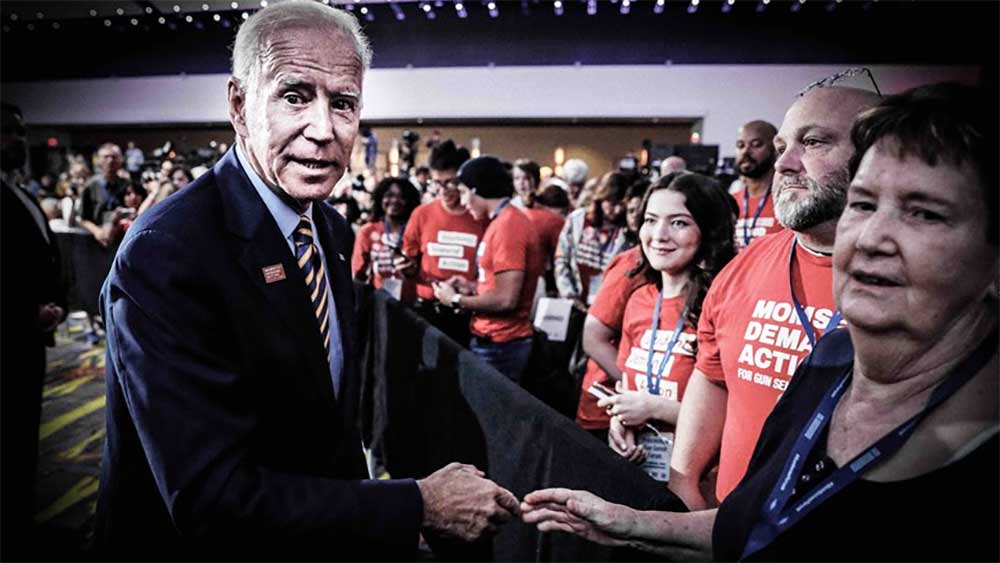 BELLEVUE, WA – -(AmmoLand.com)- The campaign endorsement of former Vice President Joe Biden by Everytown for Gun Safety—the gun prohibition lobbying group bankrolled by anti-gun billionaire Michael Bloomberg—is “All gun owners need to know about the man who wants to be their next president,” the Citizens Committee for the Right to Keep and Bear Arms said today.

The Associated Press reported Everytown’s endorsement on the eve of “mini-Super Tuesday” primary elections in a half-dozen states, including Michigan, Mississippi, Missouri, and Washington.

“There’s nothing subtle about this endorsement,” said CCRKBA Chairman Alan Gottlieb. “Everytown President John Feinblatt told the Associated Press that Biden’s gun control record is clear. Biden supported the Brady Bill in 1993, he opposed the Protection of Lawful Commerce in Arms Act, and he’s backed every gun control measure to ever come along.

“On top of that,” Gottlieb continued, “embracing gun ban extremist Beto O’Rourke recently in Texas was clearly a warning that if he’s elected president, Biden will make good on his threats to make radical gun control a top priority.”

The Everytown for Gun Safety Action Fund already promised to spend at least $60 million during this year’s election cycle to help put more anti-gunners in office.

“It comes as no surprise that Everytown has endorsed Biden,” Gottlieb noted. “When Bloomberg left the campaign trail, and subsequently threw his considerable wealth behind the former vice president, the writing was on the wall that Bloomberg will do everything in his power to put Joe Biden in the White House. As we saw in Virginia last year, buying elections has become Bloomberg’s stock in trade, except when it comes to his own failed candidacy.

Citizens Committee for the Right to Keep and Bear Arms

With more than 650,000 members and supporters nationwide, the Citizens Committee for the Right to Keep and Bear Arms (www.ccrkba.org) is one of the nation’s premier gun rights organizations. As a non-profit organization, the Citizens Committee is dedicated to preserving firearms freedoms through active lobbying of elected officials and facilitating grass-roots organization of gun rights activists in local communities throughout the United States.