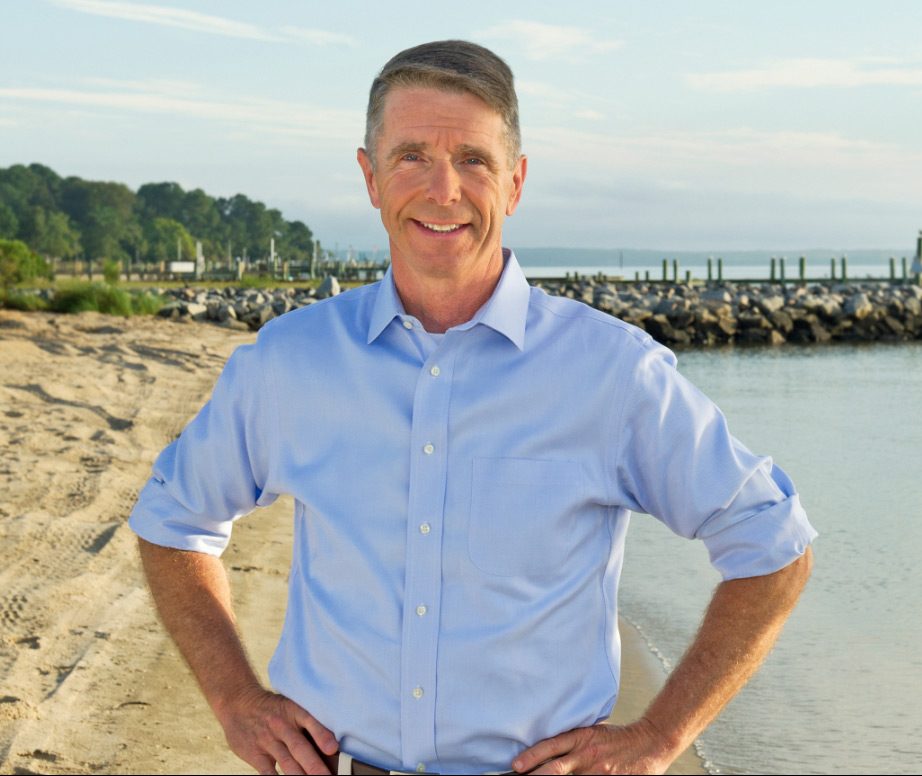 The 2022 midterm elections resulted in Republicans gaining control of the United States House of Representatives for the first time in four years. Following the 2020 census and the subsequent congressional redistricting of Virginia, Williamsburg moved into Virginia’s 1st Congressional District  (VA-01) in time for the midterms. As the constituents of the 1st District voted to re-elect Republican Rep. Rob Wittman for his eighth consecutive term, the city of Williamsburg — which used to be in the 2nd District as the electorate of former Democratic Rep. Elaine Luria — transitioned to a red district.

Wittman, former environmental health specialist for the Virginia Department of Health and member of the Virginia House of Delegates, was first elected to Congress in 2005. At the time, the 1st District had included Williamsburg. In October 2016, the U.S. District Court for the Eastern District of Virginia ruled the adjacent 3rd District unconstitutional due to racial gerrymandering. As a result, a court-ordered congressional map was put in place starting with the 2016 elections.

For the four years that the chamber was under Democratic control, Luria represented Williamsburg in Congress. After the 2020 census, the Virginia Supreme Court approved a new congressional map, which moved Williamsburg from the 2nd District back to the 1st District.

Wittman, whose electorate leans Republican, defeated Democratic challenger Herbert Jones by a margin of 56.5% to 42.5%. Luria would go on to lose her race in the 2nd District to Republican challenger Jen Kiggans. Kiggans won 51.7% of the votes, while Luria fell short at 48.3%.

Members of student political organizations at the College weighed in on the recent congressional transition for the city of Williamsburg.

“Unfortunately, I was not surprised by Wittman’s victory,” Young Democrats Outreach Chair Emerson Rosenthal-King ’25 said. “While Herb Jones was a superb candidate, Williamsburg was recently drawn into a very conservative district.”

“I think it’s clear from his voting record that Rob Wittman’s politics are not representative of the school or Williamsburg at large. He is a consistent enemy of women’s right to choose, common sense gun control and an empathetic approach towards immigration. All these decisions, as well as the ones that he will doubtless make in the current Congress, illustrate how radical and senseless his political leadership of this district is.”

“I think it’s clear from his voting record that Rob Wittman’s politics are not representative of the school or Williamsburg at large,” Hoffman said. “He is a consistent enemy of women’s right to choose, common sense gun control and an empathetic approach towards immigration. All these decisions, as well as the ones that he will doubtless make in the current Congress, illustrate how radical and senseless his political leadership of this district is.”

Wittman has an “A” rating from the anti-abortion nonprofit organization Susan B. Anthony Pro-Life America. In 2022, the National Rifle Association also endorsed Wittman and gave him an “A” rating.

James George ’24, a Republican and supporter of Wittman, praised his performance and his re-election.

“As someone who admires Wittman’s work on Capitol Hill, I am thrilled Wittman was re-elected,” George said. “Representative Wittman is a humble, friendly individual who is focused on constituent services. I look forward to seeing him continue to work for the residents of the 1st District.”

As Williamsburg’s representative for more than ten years, Wittman has had a close relationship with the College. For all of his 16 years in Congress, he has also represented Gloucester Point, the location of the College’s School of Marine Science at the Virginia Institute of Marine Science. In 2009, Wittman announced a 1.49 million dollar grant for VIMS’s acquisition of the Catlett Islands.

During that time, the College also named him the 2011 Hunter Andrews Fellow. The fellowship’s namesake served as the Democratic Majority Leader in the Virginia Senate from 1980 to 1995.

“Congressman Rob Wittman has made a real difference for the better in his community and the Commonwealth, and now in Washington, D.C., through decades of public service,” former William and Mary President Taylor Reveley said in a 2011 WM News article.  “Having served at the local, state, and federal levels, he has much to share with our students about his experience in government. We’re honored to welcome Rob back to campus as the 2011 Andrews Fellow.”

In the same year, Wittman wore a Tribe uniform to the annual congressional baseball game. He also gave a lecture at the College in 2009.

Students differ in their views on whether Wittman should or will establish a connection with current William and Mary students.

“I honestly do not think it is necessary for Wittman to establish a connection with students here. Most students are not registered to vote here in the district and some don’t even vote. I think he should better focus his time on listening to what his voters of the district want.”

“I honestly do not think it is necessary for Wittman to establish a connection with students here,” the College Republicans said in a statement to The Flat Hat. “Most students are not registered to vote here in the district and some don’t even vote. I think he should better focus his time on listening to what his voters of the district want.”

Rosenthal-King shared his desire to see Wittman participate in a town hall at the College to allow for communication with students.

“We might have many differences with Congressman Wittman, but we are always interested in sharing our opinions and finding common ground,” Wittman said.

George also expressed a desire for Wittman to reach out to students.

Students also offered thoughts on what Wittman should prioritize.

Hoffman added that if Wittman aims to represent his district, he should prioritize gun reform legislation.

The College Republicans also laid out its desire for Congress to function as a check on the Biden administration.

In addition, the U.S. House of Representatives recently finished their election for House Speaker earlier this month. It was an unusual election that took 15 rounds of voting, making it the first House Speaker election since 1923 to advance past the first ballot. To be elected, a candidate for the speakership must receive a majority of the votes cast. Wittman voted for California Rep. Kevin McCarthy on all 15 ballots. A group of Republican members, mainly led by Florida Rep. Matt Gaetz J.D. ’07, refused to vote for McCarthy unless several concessions that would weaken the power of the speakership were given.

“I don’t see the chaos of the Speakership election helping the GOP in 2024,” Rosenthal-King said, in reference to the speakership election process. “Not only did the American people see how dysfunctional Republican leadership is, Speaker McCarthy gave a lot of power to radicals such as Marjorie Taylor Greene. These far-right politicians are pursuing a pretty unpopular agenda.”

Wittman holds a Ph.D. in Public Health from Virginia Commonwealth University and sits on the Committee on Armed Services and Committee on Natural Resources. An avid fish enthusiast, he co-chairs the Congressional Wildlife Refuge Caucus.

George expressed his hopes for Wittman to represent them well in Congress.

“The Congressman should work on conserving our environment and advocate for increased nuclear energy,” George said. “I voted for Wittman in November and look forward to seeing his work for the next few years.”

Though Hoffman also expressed hope in the re-election, he doubts Wittman’s continued time in office will bring desired changes.“

“I’d love to see him surprise us in Washington, but I really don’t see that coming,” Hoffman said.