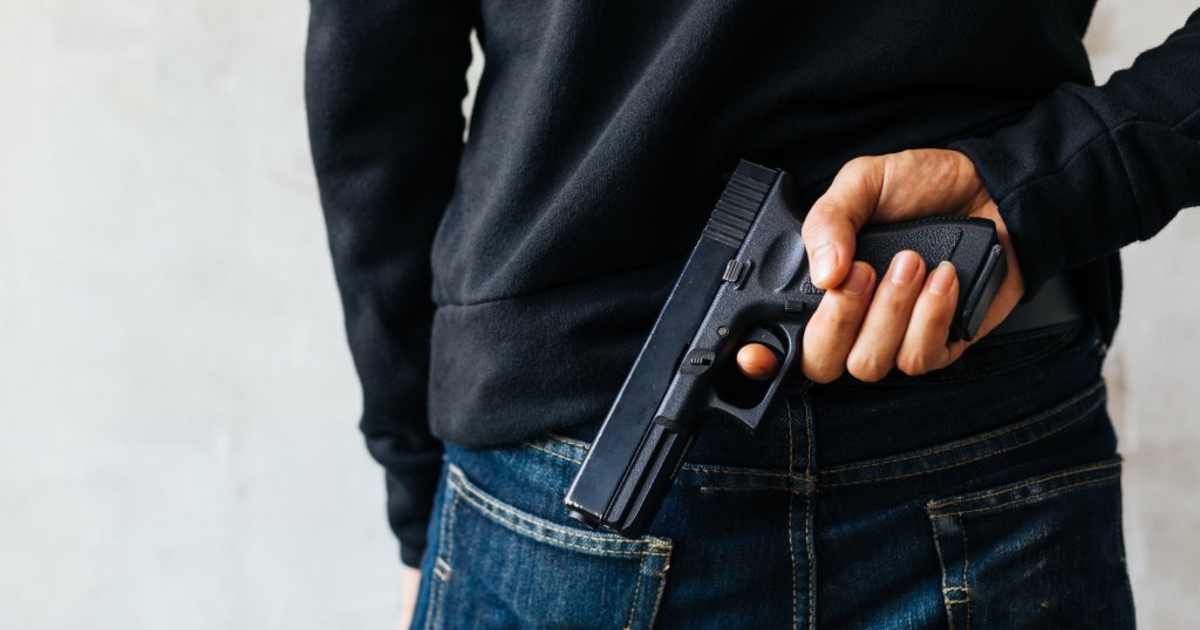 After a classroom shooting allegedly committed by a Virginia 6-year-old, Democrats in the state Senate are advancing a bill that would require adults to keep guns locked up if minors are in the home.

Violations of the proposed law, which would require gun dealers to post notices at their stores informing customers about the consequences of improper gun storage, would be a low-level misdemeanor offense punishable by fines of up to $250.

Sen. Jennifer Boysko, D-Loudoun, the bill’s sponsor, said she set the penalty low on purpose in hopes of winning some Republican support. The goal, Boysko said, is to “teach somebody instead of sending them to prison.”

“It is up to us to be the adults and protect our children from harming themselves or others,” Boysko told the Senate Judiciary Committee at a hearing Monday morning. “This is a reasonable thing. It takes nobody’s Second Amendment rights away.”

The committee advanced the bill on a 9-6 vote along party lines, with Republicans united against it. That outcome indicates the bill could face trouble in the GOP-controlled House of Delegates. After the vote, Boysko said she intends to add tougher penalties to the bill after the lighter touch didn’t win over any Republican senators.

“It was an effort to find common ground,” Boysko wrote on Twitter. “Too bad they put their love of guns ahead of child safety.”

Boysko’s bill would also apply in homes where an adult resident is legally prohibited from possessing a gun.

Gun-rights proponents argued the proposal was overbroad, saying it would prevent parents from teaching teenagers how to handle guns to allow them to defend themselves and their families against home invasions and other attacks.

“One size doesn’t fit all,” said Philip Van Cleave, president of the Virginia Citizens Defense League. “We have plenty of teenagers out there who have been raised around firearms. They have been taught to safely handle them.”

Boysko’s bill would require firearms in homes with minors to be stored “in a locked container, compartment, or cabinet that is inaccessible to such minor.”

D.J. Spiker, a Virginia-based advocate for the National Rifle Association, said the language about inaccessibility would make the law nearly impossible to enforce because it’s a vague standard that would be left to courts to interpret. He pointed out Virginia already has reckless endangerment laws that can be used to charge adults who leave firearms unattended around children.

Those laws are “being used by commonwealth’s attorneys today,” Spiker said.

No charges have been brought against the parents in the case of the Newport News boy who police say shot his teacher at Richneck Elementary School. According to the Washington Post, an attorney for the family has said the gun “was secured” on a top closet shelf with a trigger lock that would have prevented it from firing. The lawyer said the family wasn’t sure how the boy was able to remove the lock.

After a Henrico County middle-schooler was shot and killed by a 14-year-old boy in 2021, prosecutors’ effort to charge the gun’s owner failed partly because the owner had given the shooter a “safety talk” prior to the incident.

Gun-control advocates pointed to statistics showing a steep rise in gun deaths among minors, including suicides, to call for more action on the issue.

“It’s up to this body to do something about that,” said Lori Haas, Virginia director of the Coalition to Stop Gun Violence. “These are deadly weapons. We’re not saying don’t own them. We’re saying store them responsibly and safely.”

Sen. Richard Stuart, R-Westmoreland, said no one disagrees that young children should be kept safe when guns are around, but he took exception to the idea anyone under 18 can’t be trusted with firearms. Numerous pro-gun speakers noted exceptions in Virginia’s gun laws that allow children under 18 to hunt.

“I probably started carrying a shotgun with supervision when I was 8 years old,” Stuart said.

The Democrat-led Senate committee gave initial approval to several other gun-control bills, including restrictions on the future sale of assault-style weapons. The committee defeated Republican gun bills, including one that would have repealed local governments’ ability to restrict guns in some public places and another to impose tougher mandatory criminal sentences for certain offenses committed with guns.

No major gun bills are expected to pass the full legislature with the General Assembly under divided political control. Democrats don’t appear to have enough power to significantly add to the package of gun-control bills they passed in 2020 when they had full control of the legislature and former Gov. Ralph Northam in the Executive Mansion. Republicans don’t seem to have the votes to roll back those laws or toughen criminal penalties for gun crimes.

Still, there were a few surprising votes at Monday’s Senate committee meeting.

One would touch up the state’s red flag law by expanding the list of factors judges could consider when determining whether someone poses enough of a risk to themselves or others that their firearms should be temporarily seized.

The other would specify in state law that firearms are banned at state-owned colleges and universities. Guns are already prohibited on most college campuses in Virginia through school regulations, but proponents said the bill would give those rules the full force of criminal law.

Sen. Creigh Deeds, D-Charlottesville, who sponsored the bill, tied it directly to last year’s shooting at the University of Virginia. In November, a student opened fire on a bus returning from a class trip, killing three members of the university football team and wounding two others.

“When they searched the suspect’s room at UVA, they found a whole bunch more weapons,” Deeds said.

Testifying in support of the bill, University of Virginia Police Chief Tim Longo said it would give law enforcement a bigger role in potential weapons violations on school property.

“Administrative policy violations are dealt with by administrators,” Longo said. “People in student affairs. People in the president’s office. People in facilities management. And they deal with  those situations oftentimes in ways where they’re untrained, unskilled, not knowledgeable of the law.”

Sen. Mark Obenshain, R-Rockingham, stressed that students who violate the gun-free campus rules can currently be prosecuted for trespassing and said most student housing agreements include provisions for searches if a student is suspected of breaking the rules.

YouTube Censorship: Losing The Battle For 1A & 2A
Boycott the National Prayer Breakfast, for the good of all Americans
Can Illinois’s Assault Weapons Ban Survive Scores of Rogue Sheriffs?
How do you win voters over on gun control? Meet them where they are — in front of the TV
Gun rights advocates are suing over Illinois’ weapons ban. Here’s what to know