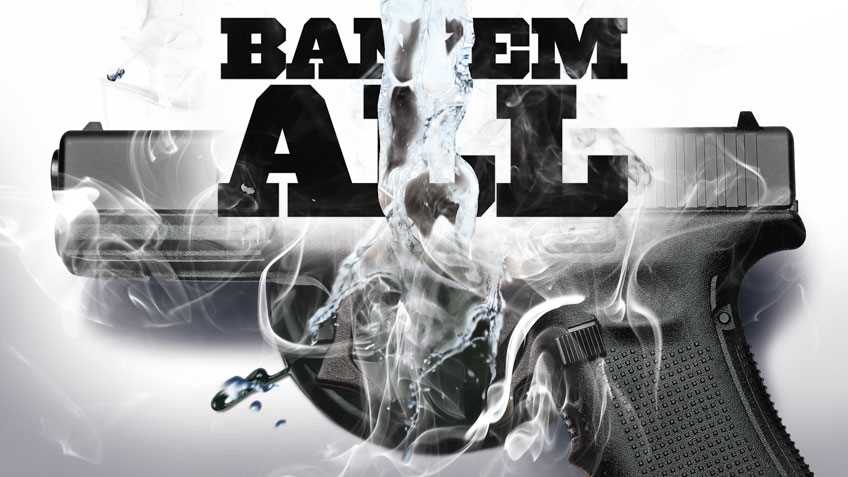 The Consumer Product Safety Commission, the federal agency dedicated to saving the world from lawn darts and toy magnets, has been in the headlines recently. This time the busybodies at the CPSC are out to protect Americans from well-prepared meals, by banning the ubiquitous gas stove.

On January 9, Bloomberg News reported that the CPSC “says a ban on gas stoves is on the table amid rising concern about harmful indoor air pollutants emitted by the appliances.” Speaking with the outlet, CPSC Commissioner Richard Trumka Jr. stated, “Any option is on the table. Products that can’t be made safe can be banned.”

Public backlash to the agency’s effort was swift and harsh. Further, more than one commentator noted how the proposed ban appeared to be a way to advance a climate change agenda under the guise of consumer protection.

With timing that should raise some eyebrows, three days after the initial Bloomberg article, the Washington Post ran an opinion piece from former CPSC Chair Ann Brown arguing that the agency should have the authority to regulate firearms. Titled “Guns are consumer products. They should be regulated as such,” the article argued for a CPSC-led gun control campaign, along with the enactment of waiting periods and bans on commonly-owned semi-automatic firearms.

So, three days after the CPSC made headlines for a move that led to credible allegations of using consumer protection as a front to advance a broader political agenda, a former chair of the commission essentially signaled her desire for the agency to operate in just such a manner.

Back when the CPSC was founded in 1972, astute gun rights supporters anticipated this type of gun control effort. Lawmakers explicitly excluded firearms from the definition of “consumer products” under the agency’s purview.

However, this did not stop the anti-gun lobby from using the CPSC to attack gun owners at the earliest opportunity.

Following its founding, the CPSC was given the authority to administer the Federal Hazardous Substances Act. In 1974, the anti-gun group Committee for Handgun Control petitioned the CPSC to consider a ban on handgun bullets as a hazardous substance under the FHSA.

The CPSC sensibly refused the initial petition. However, the Committee for Handgun Control sued the agency in federal court, which resulted in a ruling requiring the CPSC to consider a ban. The court’s reasoning was, despite firearms being explicitly outside CPSC’s jurisdiction, that because the FHSA did not also exclude ammunition explicitly the agency must examine a ban.

In light of this gun control campaign, and at the urging of the newly-formed NRA-ILA, Congress reiterated its decision to exclude firearms and ammunition from CPSC’s authority, adding new language to federal law. The Consumer Product Safety Commission Improvements Act of 1976 provided,

As evidenced by Brown’s column, this hasn’t stopped disgruntled gun controllers from trying to use the CPSC for their anti-gun agenda.

In the early 1990s, longtime gun control advocate Sen. Howard Metzenbaum (D-Ohio) prodded the General Accounting Office to produce a report on how the CPSC could be used to enact gun control. The report recommended that the CPSC be given authority to regulate firearms and for a requirement that firearms be equipped with mandatory “safety” features that many gun owners deliberately reject.

A Shooting Times item from the same year addressed the CPSC’s potential foray into firearms, half-jokingly stating that the agency’s “perfect handgun will light up like a Christmas tree, have a 30-pound trigger and a 14-inch barrel.” That’s, of course, if the CPSC would permit handguns to be sold to American consumers at all.

It has long been anti-gun Violence Policy Center’s goal to submit firearms to consumer regulation in order to outright ban them. In its 1994 publication “Cease Fire: A Comprehensive Strategy to Reduce Firearms Violence,” the gun control group argued that ATF should be given CPSC-like authority to regulate firearms as consumer products. This, according to VPC, would result in a ban on commonly-owned semi-automatic firearms it terms “assault weapons” and all handguns.

As for Brown, she’s willing to use the current CPSC rules to ban whatever guns she can get away with.

In late 2001, two weeks before the Clinton-appointed Brown was set to resign, the CPSC announced a suit to force the mandatory recall of between 7.5 and 9 million Daisy air guns. At the time, NRA-ILA pointed out that Brown’s attack on air guns appeared to be less about any supposed “defect” and more about the inherent nature of the product. An NRA-ILA alert noted that Brown’s anti-air gun “defect” claim “is so broad that it could not only affect virtually every air rifle, but it could also be used in future reckless lawsuits against firearm manufacturers.”

In November 2003, a wiser CPSC voted to drop the Daisy recall. Chronicling the episode, the Wall Street Journal reported,

Commissioner Mary Sheila Gall, who was the sole dissenting vote against the initial filing, declared that in 30 years of government service, she had “never seen a more outrageous miscarriage of justice and abuse of the processes of public policy” than the CPSC action against Daisy.

Not chastened by the failure of her anti-gun legacy project, the former CPSC bureaucrat was back to touting gun control in 2016. In a piece for the Washington Post, titled “We regulate lead paint – so why not lead bullets?” Brown argued that the CPSC should have the authority to regulate bullets, due to their lead content. Dropping any pretense that the goal of such a policy would be to protect ammunition consumers from a purportedly hazardous substance, Brown went on to make clear that the lead issue was merely an entrée to enact gun control policies. Sound familiar?

As for all the chefs out there, be warned. Once the CPSC, or those who would use the CPSC for their political agenda, get the idea to ban a useful product, it can be hard to get them to stop. For more than 50 years the NRA has been battling to ensure the CPSC can’t be used to trample on the Second Amendment rights of law-abiding gun owners. There’s a lesson for chefs and gun owners about the value of political organization in that.