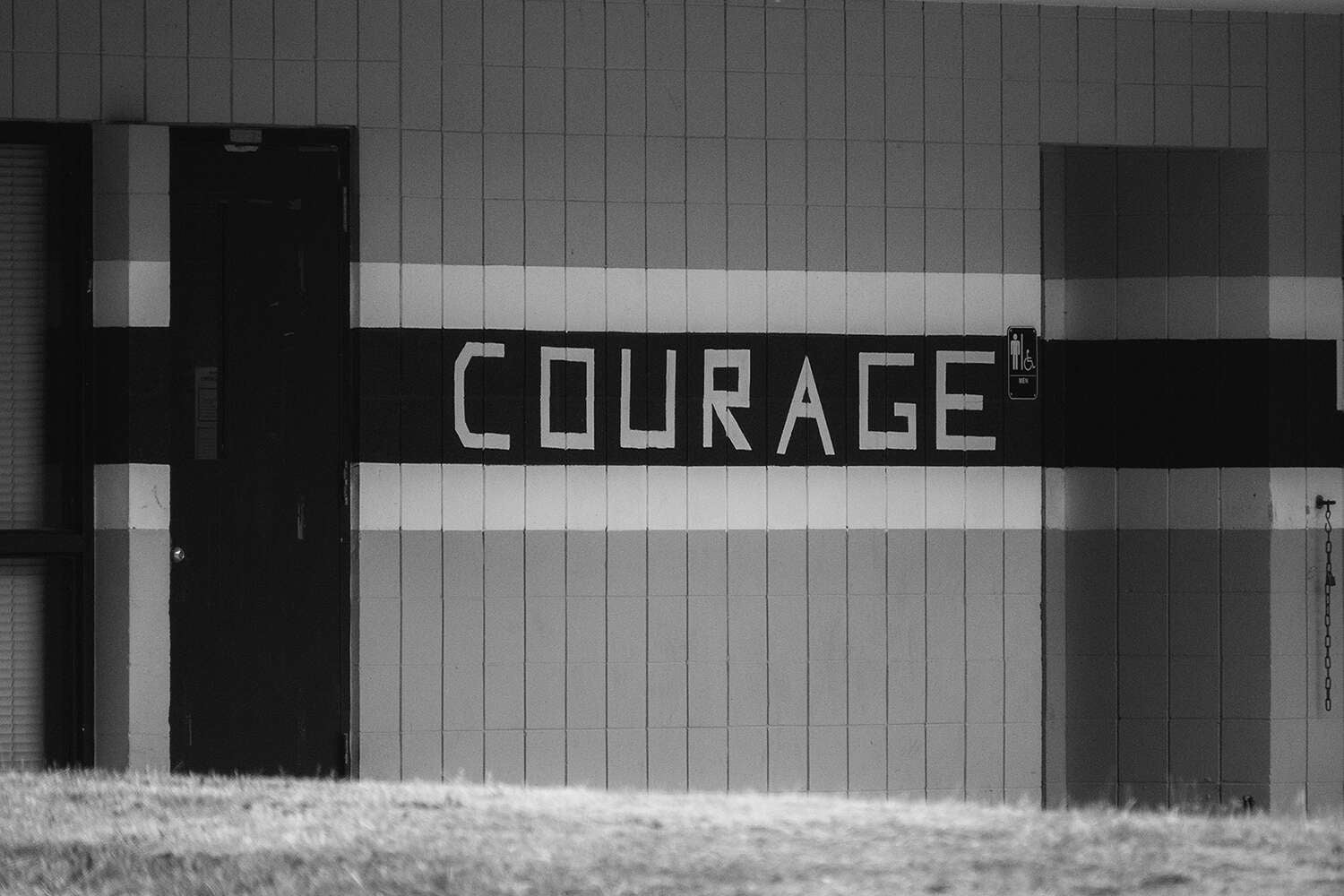 Newspaper reports across the country proclaimed it “shocking wholesale slaughter”, a “most astonishing, cold-blooded killing” that left a “pile of bodies” “stretched like rag dolls” after a mass shooting. Even in a city known for its violence, such “slayings, in the form of a massacre, was something new”.

It was February 1929, and America was reeling from the news that seven Chicago gangsters had been gunned down in what became known as the St Valentine’s Day Massacre. Today, as the country routinely absorbs mass shootings of 32 (Virginia Tech, 2007), 49 (Orlando, Florida, 2016), or 60 dead with 413 wounded (Paradise, Nevada, 2017), it is instructive to recall that a century ago the US considered the shooting of seven organised criminals unprecedented, and unacceptable, mass slaughter.

Leaders promised action. It took five years, an attempt to shoot Franklin D Roosevelt, and the manhunt for escaped bank robber John Dillinger (famous for using machine guns in his hold-ups), but in 1934 Congress passed the National Firearms Act, which implemented the mandatory registration of certain types of firearm including machine guns, as well as a prohibitive tax on them and the regulation of their transport across state lines. Still in force today, the law was strengthened in 1986, in response to the attempted assassination of Ronald Reagan, by the Firearm Owners’ Protection Act, which included a clause that barred the possession of any machine gun, excepting those already legally owned.

On St Valentine’s Day in 2018, exactly 89 years later, 17 people were slaughtered in Parkland, Florida. This time 14 of the victims were high-school students; the rest were staff trying to save them. Nothing was done. It happened six years after nothing was done in response to the massacre of 20 primary-school children, and six staff, at Sandy Hook Elementary School in Connecticut.

According to the Centers for Disease Control and Prevention (CDC), nearly 20,000 homicides were committed in the US with firearms in 2020 alone. It is indicative that this is reported by the CDC, for gun violence in the US is a disease.

Now the eminent novelist Paul Auster has joined the debate with Bloodbath Nation, a collaboration with the photographer (and Auster’s son-in-law) Spencer Ostrander, to memorialise and reflect on American gun violence. Ostrander’s “photographs of silence” document the sites of mass shootings, “gravestones of our collective grief”. Staccato captions record the details of each convulsive tragedy: “Walmart. El Paso, Texas. August 3, 2019. 23 people killed; 23 injured.” In fact, the book is a family affair: Auster begins and ends his essay reflecting on the damage done to his own family after his grandmother shot and killed his grandfather at home.

Auster’s position on the gun crisis is clear: “To say that guns do not cause gun violence is no less ludicrous than saying that cars do not cause car crashes or that cigarettes do not cause lung cancer.” It is an intelligent and elegant essay, yet an inadequate one, for Auster despairs at the problem, presenting it as all but intractable. He also skips over most of the history, declaring: “Those arguments and counter-arguments are numbingly familiar to us by now.” Those arguments may be familiar – but presumably it is the writer’s job to make them fresh, or find new ones.

We are told Americans are too devoted to their “gun culture”; the US has always been this way; until it can “conduct an honest, gut-wrenching examination of who we are and who we want to be as a people”, nothing will change. But historically, this is nonsense. Americans did not use machines of war to massacre each other, much less children, at sickeningly regular intervals until the 1990s. New laws don’t require soul-searching, they require political leadership. Auster’s heart is in the right place, but his argument is wrong-headed.

Auster insists that efforts at gun regulation would inevitably backfire, as Prohibition did when it led to an escalation of alcohol consumption between 1920 and 1933, rather than its elimination. But regulation is not the same as a ban: the US no longer bans alcohol, but it does strictly regulate and license it. Moreover, Prohibition was only partly motivated by public health and safety. It was also religiously motivated, and – most importantly – it was a minority law. That’s the other key to why it failed: Prohibition is more analogous to the recent overturning of Roe vs Wade by a zealous, politically well-organised minority over the objections of a more tolerant, and more inert, majority. Nor was there ever a popular backlash against outlawing machine guns, a fact of life that virtually every American accepts without demur.

A large majority of Americans supports sensible gun regulation, and no one realistic is arguing for a total ban. The Second Amendment does guarantee Americans the right to bear arms – although it also says they should be part of a militia and well-regulated, the latter a point that Auster, surprisingly, skips over.

Another important omission in his account is the history of the National Rifle Association (NRA). Auster refers to the NRA, as do most people today, as if it has always been a gun advocacy group. But it was established in the wake of the US Civil War to support marksmanship training and gun safety, not in defence of the Second Amendment. Its original motto was “Firearms Safety Education, Marksmanship Training, Shooting for Recreation”. The NRA helped draft the 1934 National Firearms Act, and its president testified before the Supreme Court in 1939 in support of upholding that law. Over the course of the 20th century the NRA both supported and proposed gun regulations, including permits for concealed weapons, waiting periods, and increased prison sentences for the use of firearms during the committing of a crime.

What changed everything, as Auster recognises, was the Civil Rights movement of the 1950s and 1960s, as Black Panthers began invoking the Second Amendment to protect African-Americans’ right to arm themselves in self-defence. The assassinations of Martin Luther King Jr and Robert F Kennedy prompted Congress to pass the Gun Control Act of 1968, but the NRA blocked its efforts at registration and licensing. By the 1970s, the NRA was beginning to invoke the Second Amendment to protect individual gun rights, as the Nixon administration declared a “war on crime” that its leaders later admitted was racially motivated. By the 1990s, the NRA was one of the most powerful political lobbies in the US, its endorsement and funding critical to any number of political careers, including Donald Trump’s.

Auster focuses on the centrality of guns in the stories we have always told about America. But many other societies enjoy stories with gunfights and shootouts, while appreciating the difference between myth-making and reality. And that was also true of the US until about 50 years ago. Auster mentions the 1881 gunfight at the OK Corral, noting how low the body count was (three), without explaining that it was a fight precisely over gun control, between lawmen determined to keep guns out of Tombstone and cowboys determined to bring them in – gun regulation won. That’s what all the myth-making was about: Westerns romanticise the coming of law and order, the taming of the Wild West. We enjoy imaginative violence, but also the restoration of imaginary order, just as people read Hansel and Gretel without concluding that they should eat children.

In 2022, about 20 miles north of the site of the St Valentine’s Day Massacre, in a peaceful suburb called Highland Park, Illinois, next-door to the village where I grew up, seven people were shot and killed, with another 48 wounded. It was the Fourth of July, and they had gathered for a local parade. In 2023 it’s a safe bet there will be another double-digit mass homicide in the US; the only questions are where, when, and how many will fall victim.

This is a choice, and it doesn’t require a change of our identity to make a different one. It requires a change in our politics. We will know this is true because there is another safe bet: the killer, wherever and whenever he strikes, will not use a machine gun.

Sarah Churchwell’s latest book is “The Wrath to Come: Gone with the Wind and the Lies America Tells” (Apollo)

Purchasing a book may earn the NS a commission from Bookshop.org, who support independent bookshops