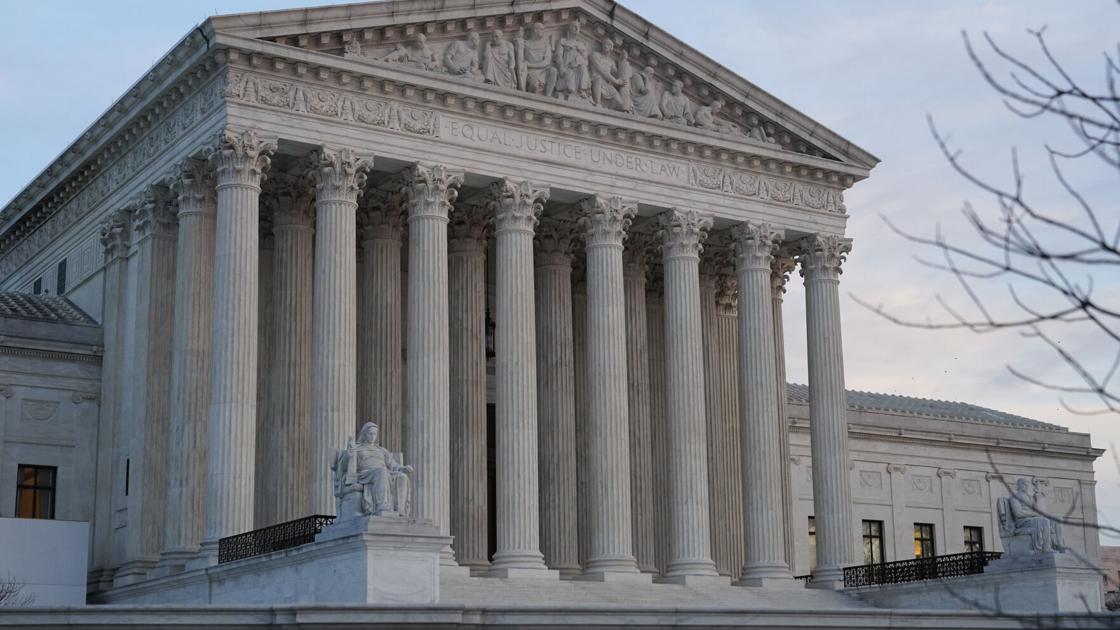 WASHINGTON — The Supreme Court has never been so slow.

For the first time, the justices have gone more than three months without resolving any cases in which they heard arguments, since their term began in early October.

By this point, they always had decided at least one case, and usually a handful, according to Adam Feldman, the creator of the Empirical SCOTUS blog.

But fall turned to winter without any decisions, and not even a three-week holiday break produced any published opinions.

The next opportunity is Monday, before the justices take another break of nearly four weeks.

The court has offered no explanation, but several possibilities exist: a change in personnel with Justice Ketanji Brown Jackson joining the court, less consensus on a deeply divided bench and the consequences of last term’s leak of a draft opinion in the case that overturned a half-century of abortion rights.

While their opinions have not been prolific, the justices’ questioning of lawyers has been robust, with Jackson the most verbose questioner at the court’s arguments, Feldman said.

“If the amount of speech is related to the amount of writing, we will find in her opinions and to opinions to which she signs on, this could also hamper the pace,” Feldman wrote on Twitter.

The divide between the six conservative and three liberal justices is showing up more often in decisions. Last term produced more 6-3 outcomes than unanimous decisions, which typically make up the largest share, according to statistics compiled by Scotusblog.

This term, too, seems likely to produce its share of sharp divisions over the consideration of race in college admissions, voting rights, election law and a dispute between religious and gay rights.

Cases in which more than one justice writes an opinion, whether a dissent or a concurrence, take longer than those in which the court is unanimous.

In 2018, then-Justice Ruth Bader Ginsburg produced the court’s first opinion on Nov. 6, in a case argued 36 days earlier. “Rapid Ruth,” as Ginsburg jokingly called herself, was the court’s speediest writer. Ginsburg died in 2020.

Last year, just under 30% of decisions were unanimous, and presumably some of this term’s cases will lead to that same result.

That’s where the early May leak of Justice Samuel Alito’s draft opinion in the abortion case might come into play. It’s possible, and maybe even likely, that the justices have changed some of their internal practices to reduce the chances an opinion will leak. Any changes could extend the time to finalize a decision.

Justice Sonia Sotomayor is the most recent of the nine members of the nation’s highest court to comment on the June decision that overturned nearly a half-century of abortion rights.

Sotomayor was responding to a simple question from Berkeley law school dean Erwin Chemerinsky, who moderated an event with the justice for the American Association of Law Schools. After last term’s momentous decisions, Chemerinsky asked, “How are you?”

Sotomayor appeared to focus on just one of the term’s big, conservative-driven cases, which also included expanding gun and religious rights and limiting the Biden administration’s efforts to combat climate change. Sotomayor dissented in all those cases.

“If you’re asking how that momentous decision affected me, my word description would have varied from day to day,” Sotomayor said. “Sometimes I was shell-shocked. Other times, I was just deeply, deeply sad. And many times I did have a sense of despair about the direction my court was going.”

But ultimately, she said, she felt she had no choice but to persevere. “Yet I realized that one doesn’t have an option to fall prey to despair, that I have to get up and keep on fighting,” she said.

The event was held in early January, and the association posted a video online last week.

Other justices have talked about the damage to the court that they believe resulted from the leak. Justice Elena Kagan spoke several times during the summer and fall about the dangers of the court being viewed as a political body.

Sotomayor appeared virtually for the law school association event, but she had been among the court’s most frequent travelers before the coronavirus pandemic changed everything.

Only then-Justice Antonin Scalia, who died in 2016, rivaled her in getting out of Washington, she said.

The justices are supposed to report their travel when someone else foots the bill in an annual disclosure that is released to the public.

But Fix the Court, a watchdog group, has found gaps in the reporting for Sotomayor and other justices.

Fix the Court is seeking records from 2018 to 2022. Two earlier lawsuits and requests for information under state public records laws turned up trips that were not reported by the justices and additional details of some trips that were.

In 2016, Sotomayor took six trips paid for by public universities that she initially omitted. She eventually updated her report for that year.

Everson v. Board of Education of the Township of Ewing