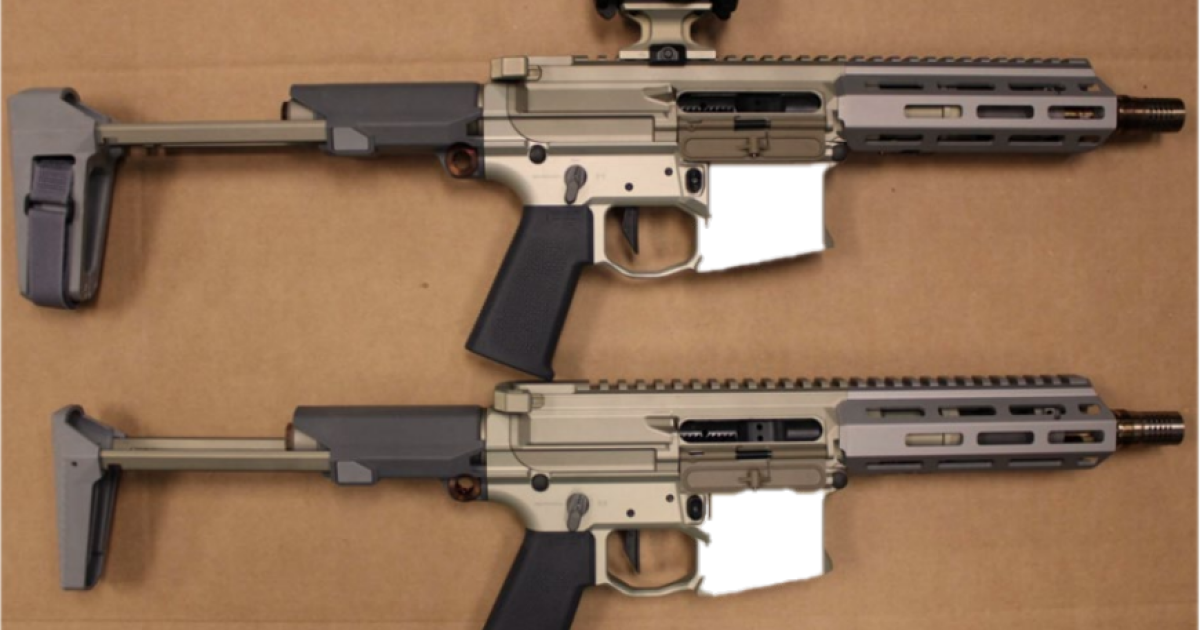 The Biden administration’s weak case for abruptly imposing new rules and taxes on firearms long free from them is giving hope to some Second Amendment advocates that decades of gun laws dating to Al Capone’s days will finally be killed by the U.S. Supreme Court.

The about-face on regulating millions of AR-15 style “pistols” and forcing owners to register them or face jail and fines is already being challenged as an overreach by fervently anti-gun President Joe Biden and his Bureau of Alcohol, Tobacco, Firearms, and Explosives.

“The part I’m actually excited about is that we have a Supreme Court that has smacked down the ATF repeatedly recently,” said gun expert Larry Correia, citing cases bolstering the Second Amendment.

ATF this month put gun owners on notice that after years of not regulating the pistols, they will be including them in the Capone-era National Firearms Act meant to control — and tax — weapons used in 1930s gangland shootings, such as machine guns and sawed-off shotguns.

The agency said that the guns are essentially short-barrelled rifles, which are regulated. The only difference is that the pistols have removable arm braces, initially developed for handicapped shooters, but often used like a rifle stock.

Correia, a well-known writer on gun issues and the author of the new Regnery Publishing book,
In Defense of the Second Amendment

,
said the agency’s decision is based on little but politics and is easily challengeable in court.

For example, deep in the new
293-page rule,
the ATF gave its evidence the weapon is dangerous. It cited two recent mass shootings, one that killed nine in Dayton, Ohio, in 2019, and another that killed 10 in Boulder, Colorado. Both involved shooters with known mental problems who still apparently passed FBI background checks.

And it added that since 2015, it has worked on “approximately 105 firearms cases or investigations” involving the pistols equipped with stabilizing braces, out of 10 million-40 million estimated in use by the bipartisan
Congressional Research Service.

ATF also conceded that the public overwhelmingly opposed the new rule. It cited 20,000 comments in support of the rule and 217,000 in opposition.

What’s more, the agency will be forced to fight off recent court decisions that guns in “common” use can’t be restricted by agencies making their own rules and not implementing new law. The AR platform is the most popular gun in use today, and some companies produce millions of the pistol-style design yearly.

“If a gun is common and useful, then it’s protected, and we’re talking about millions of these that meet the definition of ‘common’” in recent rulings, said Correia, whose new book is released Tuesday.

GET THE INSIDER SCOOP FIRST WITH WASHINGTON SECRETS

His hope, and that of groups including the National Rifle Association, National Shooting Sports Foundation, Gun Owners of America, and Second Amendment Foundation, is that the new rule will be found unconstitutional.

That could take years, said Correia, citing the challenges to the Trump administration’s bid to outlaw “bump stocks.”

But if it occurs, he said the next logical step will be to kill the 1934 National Firearms Act. “It’s a logical extension,” he said in an interview.