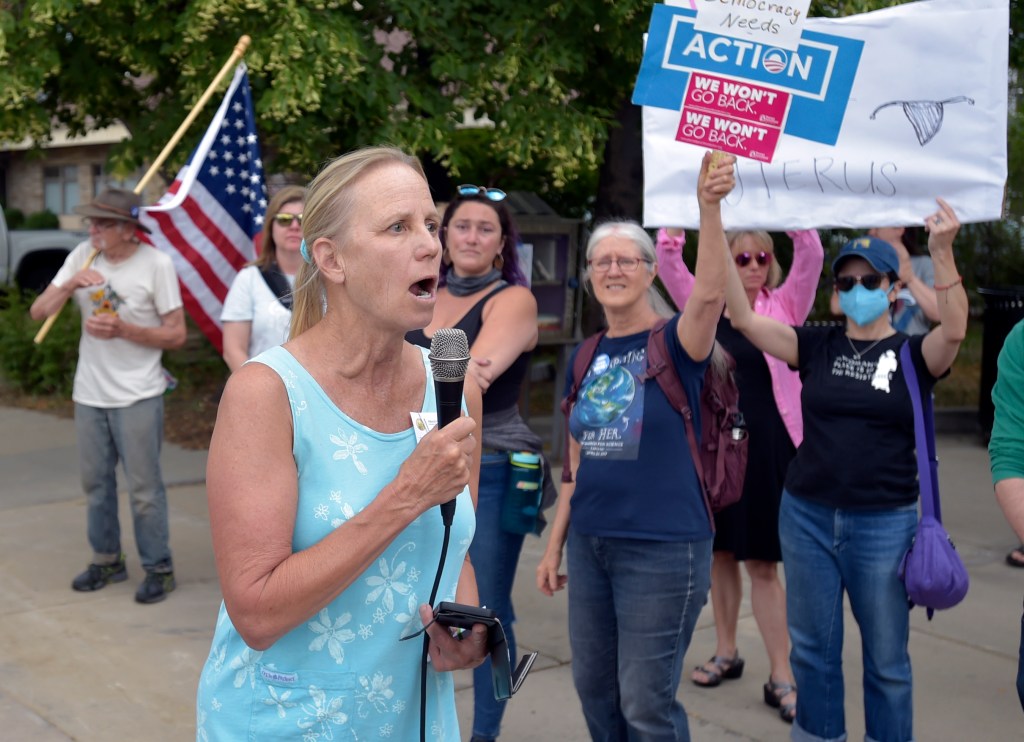 Regarding Tracey Bernett and the vacancy committee that will be meeting to replace her — based on what we know so far in this case, Tracey Bernett should not have even been in the running for HD12 as she did not live in HD12.

She resigned as a sitting HD12 incumbent (from the previous district lines). No one was seated on January 9 for the slot that she ran in and won.

Based on the rules it looks like parties can run anyone they think is electable, let’s say Susan Sarandon, for any district seat (as long as they are willing to be indicted), win, resign and then just place their favorite political person there whether electable or not.

That is a smoooooth operation. I would suggest a special election in this case and all like it.

The entire world seems to be heading toward the political right, embracing dictators and destroying democracy. The worst may be here at home.

Republicans in the House of Representatives intend to block efforts to increase our nation’s debt limit thereby plunging the nation into default on its debts. Failure to make required payments on government obligations will cause great harm to the U.S. economy and will destabilize the world economy. This is likely to trigger a recession, wiping out billions of dollars in economic growth, eliminating millions of jobs and creating shock waves worldwide.

Republican representatives will use the threat of debt default to pressure Democrats to reduce Social Security, Medicare and other programs valuable to many.

These Republicans also intend to discontinue our aid to Ukraine, enabling Putin to take over that country and invade others that were formerly in the Soviet Union.

The war in Ukraine was started by Putin. Russia has suffered great losses in Ukraine. It has now brought in mercenaries including convicts to potentially kill more civilians and destroy more infrastructure. Russia’s military is hell-bent on breaking Ukraine’s spirit through torture, rape and the destruction of hospitals and schools. A 75-year-old woman gave her account of being strangled and then beaten and raped. I have no thoughts or intentions on harming or killing anyone. I do not own any guns, but if I witnessed this attack and rape on a 75-year-old woman, I would think differently about harming her attackers. They are not human; they thrive on torture.

Please, fellow citizens and voters, do not allow our democracy to be twisted into anarchy.

Harv Teitelbaum: Gas: We need to get clean of our fossil fuel addiction

“They’re coming to take your gas stoves.” “They’ll have to pry my gas stove from my cold, dead hands.”

There are several reasons the over-the-top rhetoric coming from the oil-gas fracking lobby and its representatives sounds exactly like that of the NRA and the gun lobby. First, to my knowledge, they, along with the tobacco lobby, use the same propagandists and psy-ops agents. Second, like those other harmful cults, in my opinion, they care little, if at all, about the health, safety and well-being, if even the lives, of children, the elderly and families. They only care about the perpetuation of their narrow interests and profits.

Specifically for the oil-gas fracking industry, the primary concern is the perpetuation of our society’s dependence on fossil fuels regardless of the impacts on climate change, international conflict, and viability of our long-term economy. This includes ignoring or denying the toxic indoor air pollution directly resulting from the combustion of methane (marketed as “Natural”) gas in our stoves, furnaces and water heaters.

Those of us working toward healthy electric homes have studied the growing mountain of health studies tying home methane gas use to a multitude of health harms, including asthma, cancer, pulmonary disease, Alzheimer’s and more.

Affordable options are out there, such as heat pump HVAC systems (no longer requiring gas backup), heat pump hot water heaters and induction stoves. We, and policymakers, need only have the will to get clean of our fossil fuel addiction.