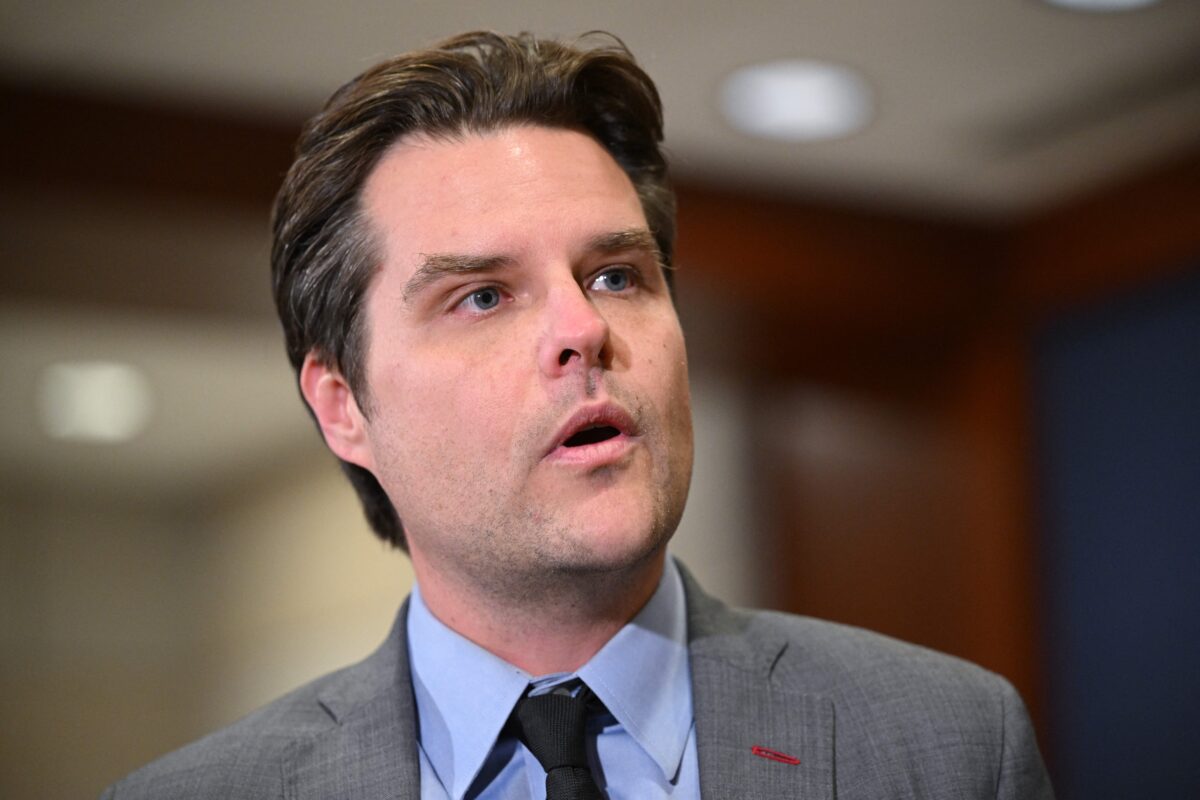 The new “Abolish the ATF Act” bill introduced by Rep. Matt Gaetz (R-Fla.) would immediately disband the Bureau of Alcohol, Tobacco, & Firearms (ATF) upon its enactment.

“The continued existence of the ATF is increasingly unwarranted based on their repeated actions to convert law-abiding citizens into felons. They must be stopped. My bill today would abolish the ATF once and for all,” Gaetz said on Wednesday upon introducing the new bill, H.R.374 (pdf).

Gaetz told Fox News that the “final straw” came when the Department of Justice, which oversees the ATF, on Jan. 13 announced a new rule on pistol attachments known as stabilizing braces. The new rule was also posted on the ATF’s website.

It says that gun owners could be charged with a felony if they don’t register their braced firearms with the ATF.

The rule will go into effect on the date of publication in the Federal Register. From then onwards, gun owners have 120 days to register their braced firearms—or modify their firearms by permanently removing braces, turning relevant firearms into the local ATF office, or having them destroyed. Otherwise, owners will face National Firearms Act (NFA) violations, which are felony consequences including a prison sentence and fines.

The stabilizing braces targeted in the new rule (pdf) as devices that can be used to convert pistols into shoulder-mounted firearms.

In some cases, these devices can also serve as a kind of shoulder stock to a short-stocked firearm and allow a shooter to shoulder a pistol and operate it like a short-barreled rifle.

Gaetz said the rule unfairly punishes disabled gun owners and veterans who rely on stabilizing braces to be able to fire with one hand.

“I have a lot of disabled veterans in my district who enjoy pistol shooting and rely on stabilizing braces to be able to engage in the activity,” he told Fox News in a phone interview Wednesday morning.

Despite the ATF saying that the new rule “does not affect ‘stabilizing braces’ that are objectively designed and intended as a ‘stabilizing brace’ for use by individuals with disabilities, and not for shouldering the weapon as a rifle,” Gaetz said the concern was that the ATF will now be allowed to make “case-by-case determinations on whether a pistol with a stabilizing brace is legal or an unlawful, sawed-off shotgun.”

ATF Director Steven Dettelbach said that stabilizing braces essentially turn the pistols into short-barreled rifles—ones that have barrels shorter than 16 inches. He noted that Congress has subjected short-barreled rifles to greater legal requirements than most other firearms because they have a greater capability like long guns, but are easier to conceal, like pistols.

Under the new rule, people who manufacture, sell, or use stabilizing braces must comply with laws regulating short-barreled rifles, including background checks for transfers, and additional taxation.

For decades, short-barreled rifles have been subject to strict regulations, including a law known as the National Rifle Act, which imposes additional requirements like background checks for all transfers, including private ones.

West Virginia Attorney General Patrick Morrisey previously said in a statement that the “egregious” new rule on stabilizing braces makes it “harder for senior citizens and people with disabilities to defend themselves.” He added that his office was “evaluating our legal options.”

Meanwhile, the Second Amendment Foundation said it would challenge the rule in a lawsuit.

Gaetz in 2021 had co-sponsored a similar bill to abolish the ATF. The bill was introduced by Rep. Marjorie Taylor Greene (R-Ga.). At the time, both chambers of Congress was controlled by Democrats. Republicans now form the majority in the House.

Tom Ozimek contributed to this report.

Mimi Nguyen Ly is a senior reporter for the Epoch Times. She covers U.S. news and world news. Contact her at mimi.nl@epochtimes.com