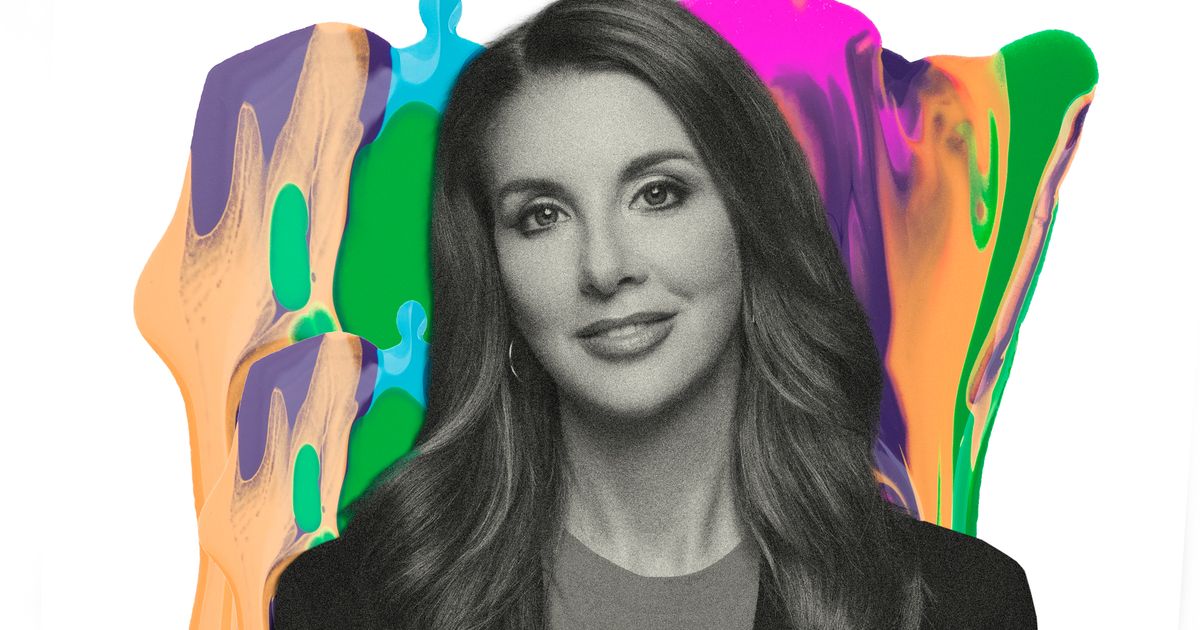 Successful women talk about managing their careers, and their lives.

Whether she’s facing down Mt. Kilimanjaro or the National Rifle Association, Shannon Watts has never been one to shy away from a challenge. Not even one of this country’s biggest: passing gun-control legislation. The 52-year-old mother of five founded Moms Demand Action (originally “One Million Moms for Gun Control”) in January 2013. That was one month after the tragic Sandy Hook Elementary School shooting, and five years since the former communications executive had become a stay-at-home mom. The day after the shooting, she decided to start a Facebook group inviting others to join her in forming a nonpartisan, volunteer-led advocacy group to fight gun violence. She struck a chord, to say the least.

In 2014, Moms Demand Action merged with Mike Bloomberg’s Mayors Against Illegal Guns coalition to form Everytown for Gun Safety. As the grassroots arm of Everytown, Moms Demand Action supports volunteers and gun-violence survivors running for political office through its Demand a Seat training-and-mentorship program. Last year, 140 were elected to public office. “Over the past decade,” Watts says, “Moms Demand Action has changed the political calculus, sidelined the NRA, and passed hundreds of gun-safety bills at all levels of government.” She’s not boasting. Today, the org has nearly 10 million supporters, with chapters in every state.

So it was quite a shock when, last week, Watts announced she would be stepping down at the end of 2023. The day after the news broke, she spoke to the Cut from her home in the San Francisco Bay Area about how she plans to spend the remainder of her tenure and what comes next in the fight to end our nation’s gun-violence crisis.

On what she knows now that she didn’t ten years ago:
I think there’s something to be said for naïveté and the fact that I didn’t really know what I was getting into when I first launched Moms Demand Action. I knew nothing about gun violence, or the legislative process, and I certainly didn’t know anything about organizing a grassroots movement. I also didn’t realize there was this underbelly of America that would be so vehemently opposed to what I was doing. If I had known any of those things ten years ago, it would have felt too big to take on.

On lessons learned:
As a white suburban mom living in Indiana at the time of the Sandy Hook shooting, I was scared my kids weren’t safe in school and felt compelled to do something to address gun violence. I didn’t realize at the time that Black women had been on the front line of these issues, with very little attention, for decades.

When you learn about the issue and look at it holistically, you see that mass shootings and school shootings make up about 1 percent of the gun violence in this country. It’s the everyday gun violence that disproportionately impacts Black and brown people, domestic gun violence, gun suicide, and unintentional shootings. It’s so much more than why I came to this movement. And after every mass shooting, other people who look like me decide it’s time for them to get involved. I believe it’s my job, along with my team, to help volunteers understand the causes of these crises as well as the solutions. It’s not as simple as just doing one thing like an assault-weapons ban. This goes hand in hand with making sure we’re committed to diversity both as a movement and an organization and making sure that both our staff and volunteers are diverse. We also need to listen to people who are feeling the pain of losing loved ones to gun violence. When they tell us solutions they believe would be helpful, it’s important we advocate for them, rather than just swooping in and saying, “This is where we’re going.”

On a typical workday:
I’m usually up at 6 a.m. and start the day by checking email and Twitter and posting updates on relevant gun-violence stories. Each day, I phone volunteers across the country to thank them for giving their time and talent out of the goodness of their heart. As a full-time volunteer myself, I know when you’re working for free that it’s important to hear “thank you.” I want them to know we see their work and appreciate them. Making these calls is one of my favorite parts of the job.

Later in the day, I participate in a lot of Zoom calls, often popping in virtually to volunteer meetings across the country. I also do a lot of media interviews as spokesperson for our organization and attend advocacy days when volunteers get together at the state capitol.

My day usually ends around 6 p.m. My husband, John, a health-care executive, makes us dinner. My three children and two stepchildren are all out of the house now, so it’s just the two of us. John’s a great cook, and after dinner we’ll often relax on the couch with our two dogs and watch TV. I always end the day with a bubble bath, and am in bed each night by 10 p.m.

On making time for self-care:
I prioritize exercise not just to keep physically fit, but also for my mental health. I work to get in at least 5,000 to 7,500 steps a day, either on the treadmill or by taking a hike. I also do Pilates four or five times a week and have a personal trainer that comes to my home. We just started doing kettlebell training, which is amazing but also very hard. At the end of the day, I meditate for 20–40 minutes.

On the people who help her get it done:
I couldn’t accomplish everything I do without the support of my assistant, Meghan; our Moms Demand Action chief of staff, Ilona; Jonas on our communications team; and a sizable staff of field organizers and social-media and communications experts that I work with every day. We also have an amazing group of Moms Demand Action leaders and volunteers in chapters across the country.

On remaining open to feedback:
Obviously, I get a lot of criticism from right-wing lawmakers, gun extremists, and the NRA. I don’t really respect their opinions or take their criticism seriously. As for others, I see their feedback as counsel and advice, rather than criticism, and I think it’s important to take their opinions seriously. We can’t be an organization that’s volunteer-friendly if we’re not listening to our volunteers and taking their input into account. I believe the fact that we’ve grown exponentially every year over the last decade is proof we’re doing something right.

On disconnecting:
I think it’s fair to say I have an addiction to my iPhone. I’m aware of this, and I’d like to do better. I can’t tell you how many times I’ve been away with my husband or my family and there’s been a shooting tragedy and I tell them I need to go do a TV segment, or messaging, or talk to volunteers. I want to be clear: I’m not a gun-violence survivor, and I believe it’s a privilege to do this work. I’m so amazed by the heroes, the survivors who do this work every day even though they’re grieving. I think when you’re involved in this issue, it’s just all-encompassing, and unfortunately, because it’s America, it often feels like a 24-hour crisis.

This is the second marriage for both my husband and I. We agreed to attend biweekly marriage-counseling sessions for the rest of our lives as part of good marital hygiene. I told a friend the other day I was surprised how much Twitter comes up in these therapy conversations. I feel that over the last decade, I’ve lost some of my ability to focus on other things, like reading. The only time I was able to completely disconnect was when I climbed Mt. Kilimanjaro in 2016, and that’s because we didn’t have cell service at the top of the mountain.

On how she’s grown as a leader:
When I started Moms Demand, I was terrified of public speaking. In fact, even at my old job in communications, there were times I’d call in sick when I had to present to a team of people. That’s how nervous I was. I think people believe that if you have a communication background, you’re well versed in all aspects of communications. The first speech I gave for Moms Demand was in January of 2013. It was so cold that day, and I was so afraid. I remember trying to hold a cup of coffee and I couldn’t stop shaking.

Now I could go into a convention center and speak to thousands of people extemporaneously and my heart wouldn’t skip a beat. I had all the pieces going into this role — I knew how to message and tell compelling stories, I had worked in crisis communications and done media training and had the foundation — but I needed to put it all into practice. Once that locked into place, I absolutely think the communications skills I had helped me to create an organization that looked sophisticated and credible right out the gate. I think that’s why Mike Bloomberg wanted to partner with us — we looked like a serious organization doing serious things, and we were. Having worked at big companies, I knew how to create a brand, and I’m so grateful that we created one that women believe in and that empowers them.

On the decision to leave and what’s next for her:
I think there’s a finite amount of time that a founder should stay with an organization, eventually stepping back so others can step forward. When I first launched Moms Demand Action, I thought it would run for a few weeks or months, but here we are a decade later. This past summer, when the Bipartisan Safer Communities Act, the first gun-safety legislation that’s been passed in 26 years, was signed into law by President Biden, I was invited to the White House ceremony celebrating the bill’s passage. It was truly a bookend moment, and I remember feeling that same gut instinct I felt when I first started Moms Demand. I trust this is the right time to step away from a leadership role and to pass the baton on to another volunteer who can bring new energy and ideas to the role.

This year, I’ll be traveling across the country with Everytown’s senior vice-president of movement building, Angela Ferrell-Zabala, and other leaders, to rally with volunteers at state houses and host events across the country to honor #10YearsofMoms. I’m still deciding what comes next for me personally. I know I want to take some time off, but I will always be passionate about the organization and will continue to use my voice to serve as a volunteer in California.

This interview has been edited and condensed for length and clarity.

How do you win voters over on gun control? Meet them where they are — in front of the TV
Lost or Stranded Basic Survival w/ Kullcraven Bushcraft
Survival Kit In A Bucket – 2 Week Emergency Preparedness Kit
EJ Snyder Mountain Predator Bowie – Sharp Saturday
Hardtack : The Original Survival Food.