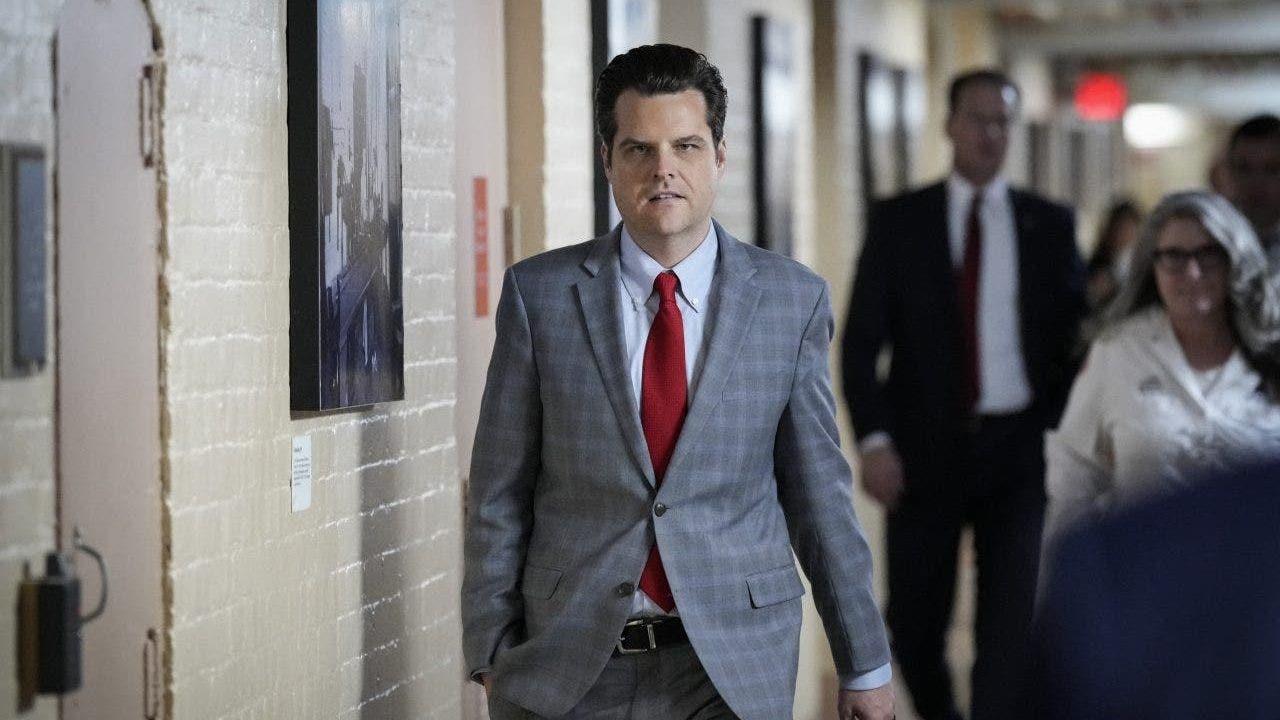 The ATF issued its final rule Friday that will treat guns with stabilizing accessories like short-barreled rifles, which require a federal license to own under the National Firearms Act.

Attorney General Merrick Garland said the ruling enhances public safety, but Gaetz said it unfairly punishes disabled gun owners and veterans who rely on stabilizing braces to be able to fire with one hand.

Gaetz introduced H.R.374, the “Abolish the ATF Act,” on Tuesday morning in response to the ruling, telling Fox News Digital it was the “final straw.”

“I have a lot of disabled veterans in my district who enjoy pistol shooting and rely on stabilizing braces to be able to engage in the activity,” he said in a phone interview Wednesday morning. “The recent actions from the ATF essentially allow them to make case-by-case determinations on whether a pistol with a stabilizing brace is legal or an unlawful, sawed-off shotgun.”

Rep. Matt Gaetz, R-Fla., talks with reporters as they walk down the steps of the House of Representatives at the U.S. Capitol in Washington, D.C., on Thursday.
(Kent Nishimura / Los Angeles Times via Getty Images)

However, Gaetz said, “the people at the ATF making these rules fundamentally don’t understand firearms.”

“I think they are under the flawed conception that a stabilizing brace increases the lethality or danger of a pistol,” he said. “It seems the ATF is on a snipe hunt for regulatory action that virtue signals to the anti-gun left, but that has no real practical safety impact on Americans.”

President Biden, right, listens as Steve Dettelbach, nominee for Director of the Bureau of Alcohol, Tobacco, Firearms, and Explosives, speaks on measures to combat gun crime from the Rose Garden of the White House in Washington, D.C., on April 11, 2022.
(MANDEL NGAN/AFP via Getty Images)

Gaetz’s bill, which has been referred to the Judiciary Committee, does not have any cosponsors yet, but he said there’s “broad support” among Republicans “to go after the actions of ATF.”

“I believe that you are likely to see ATF bureaucrats hauled before the Judiciary Committee to explain themselves in the coming weeks and months,” said Gaetz, who also sits on the committee. “Because we’re hearing this very loudly from our constituents, and the reason I filed this bill is, frankly, I think that the ATF should have to justify their existence at all.”

Jessica Chasmar is a digital writer on the politics team for Fox News and Fox Business. Story tips can be sent to Jessica.Chasmar@fox.com.