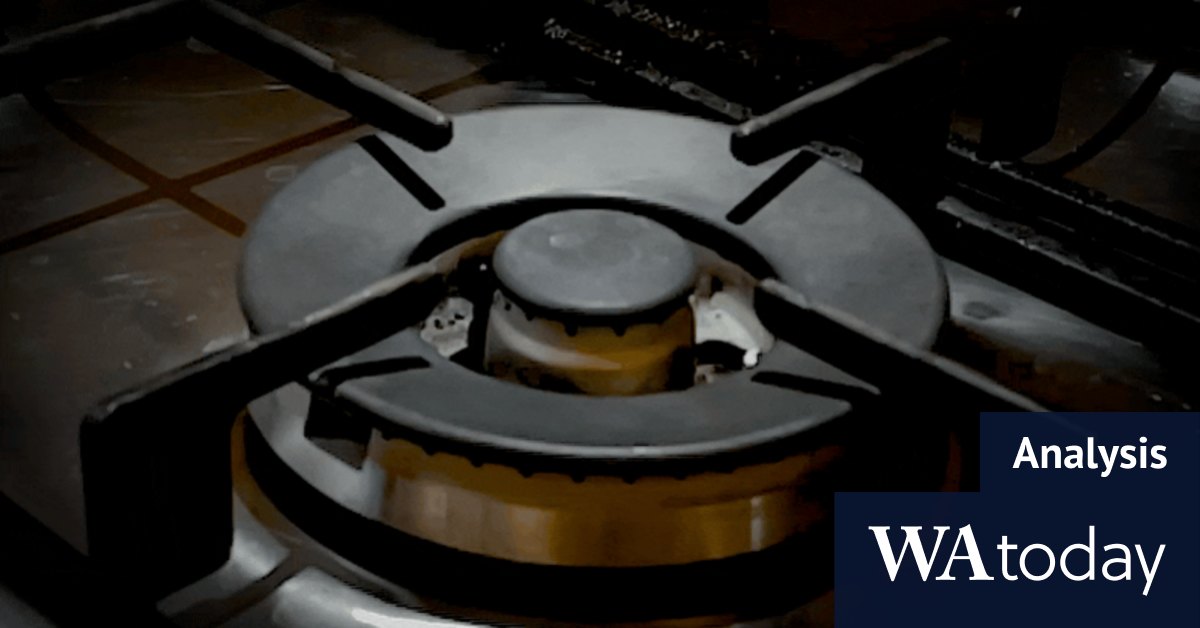 But the stovetop wars really hit the fan when Richard Trumka Jr, a commissioner of the US Consumer Product Safety Commission, suggested that given the safety risks, someone should perhaps consider doing something about it.

“This is a hidden hazard,” he told Bloomberg. “Any option is on the table. Products that can’t be made safe can be banned.”

The right fringe of the Republican Party responded with the poise for which it is so well known.

“If the maniacs in the White House come for my stove, they can pry it from my cold dead hands. COME AND TAKE IT!!” tweeted Texas congressman Ronny Jackson, the beginning of an online outpouring that would have impressed the National Rifle Association.

Florida Governor Ron DeSantis, a favourite in the Republican presidential nomination field, addressed the issue in a more Lincolnian fashion via a speech in which he declared: “When we say, ‘Don’t tread on Florida’ or ‘Let us alone’, we mean that including on your gas stoves.

“You’re not taking our gas stoves away from us, that is your choice, and I know many people who cook a lot do not want to part with their gas stoves, and so we’re gonna stand up for that.”

New York liberal favourite Alexandria Ocasio-Cortez sniffed, also via Twitter: “Did you know that ongoing exposure to NO2 from gas stoves is linked to reduced cognitive performance.”

Conservative Twitter was soon alight with photographs of Cortez – and first lady Jill Biden – in their kitchens alongside their gas stoves.

Fox News covered the government’s alleged plans to impinge on Americans’ right to burn gas at length in its news and commentary programs, enlisting one of its regular guests, chef Andrew Gruel, to defend his stove while taped to it.

(Though some states, including New York, do have plans to phase out domestic gas, the White House said in a statement it was not planning to ban stoves.)

In the segment, Gruel claimed that “they” had been after gas stoves for “years”, that there was no scientific basis for health concerns, and that given that electricity came from burning gas and coal, gas stoves were cleaner.

Whatever the merit of his first point, there is ample evidence against the second two. Evidence of the dangers of gas continue to mount, and where national power grids become cleaner – such as in the United States and Australia – electric appliances are becoming crucial to decarbonisation efforts.

Australian engineer Saul Griffith, founder of Rewiring America and later Rewiring Australia, has advised both governments on the measurable emissions and household expenditure savings attendant to electrifying grids and households in tandem.

Either way, the eruption of culture warfare on an issue that involves both a fossil fuel (broadly reviled by many in progressive politics) and government intervention (opposed by many conservatives) is hardly surprising.

The gas industry is well funded and appears to have been long preparing for this moment in the US.

These influencers used the #cookingwithgas hashtag, which is now bouncing around conservative social media, perhaps unwittingly recycling a slogan coined by the US gas industry in the 1930s as it fended off the rise of early electric stoves.

The stakes are high for the industry, too. As Griffith notes, most domestic gas is used in warming homes and water, not in the kitchen. But the public’s attachment to gas comes from the stovetop, hence the “cooking with gas” slogan and the staunch defence of the appliance.

And where once electric alternatives to gas stoves were slow, new induction technology is instant, efficient and far easier to clean.

“Remember that gas replaced wood and coal in cooking; nobody is defending that technology in the home any more,” Griffith says.

“To tell someone to prise their icebox from their cold dead hands would be absurd.”

Griffith expects the gas stovetop culture war will spread to Australia, particularly as governments begin to chart a path from gas to cleaner power, though perhaps without quite the same hysterical tone.

“Life’s just too good here for us to get that agitated about stupid things,” Griffith says.

Get to the heart of what’s happening with climate change and the environment. Our fortnightly Environment newsletter brings you the news, the issues and the solutions. Sign up here.